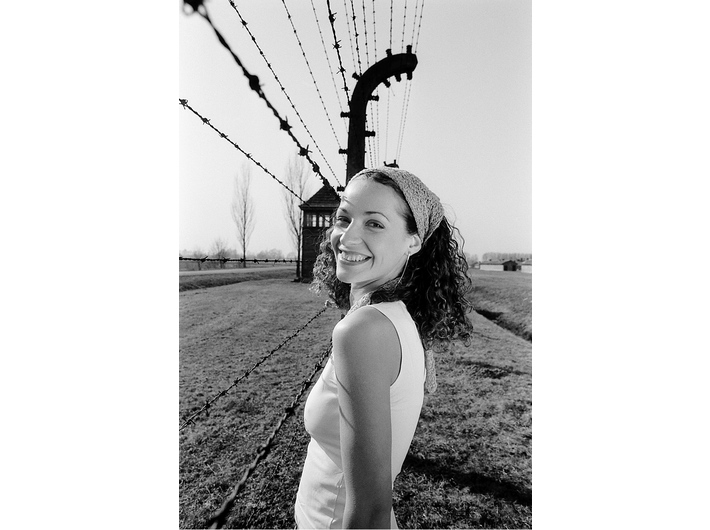 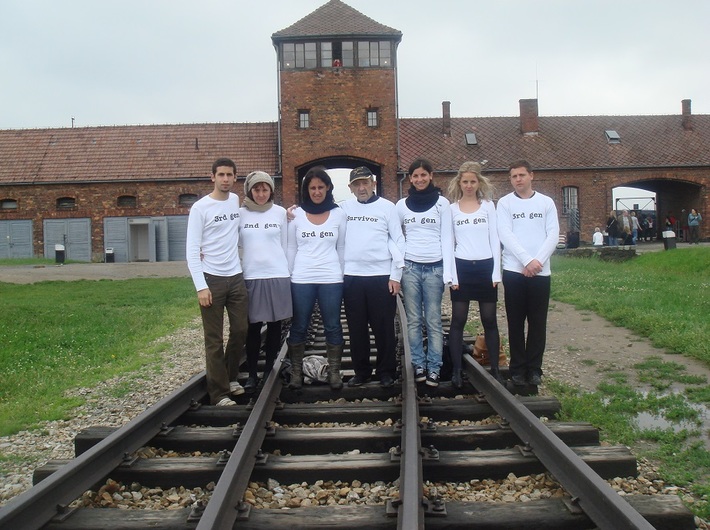 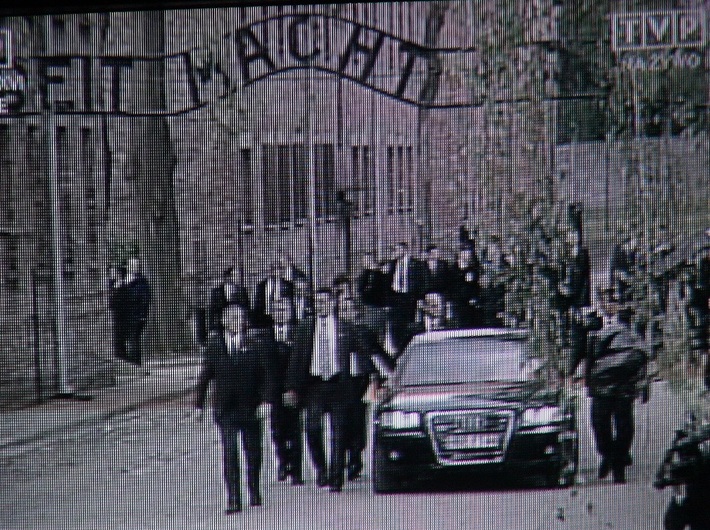 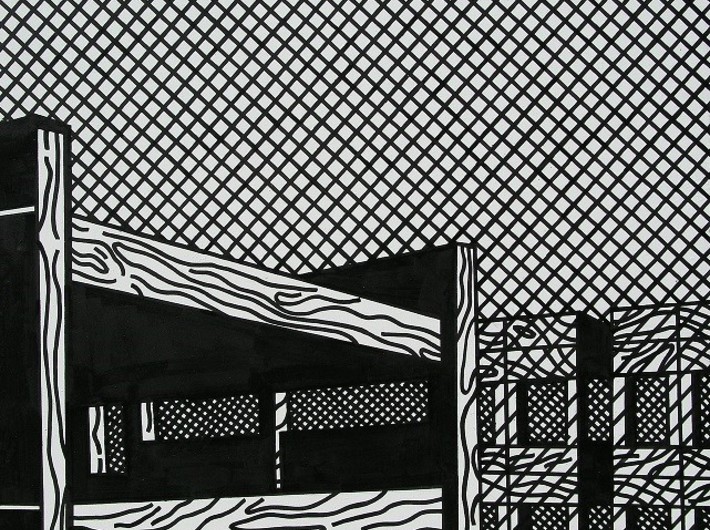 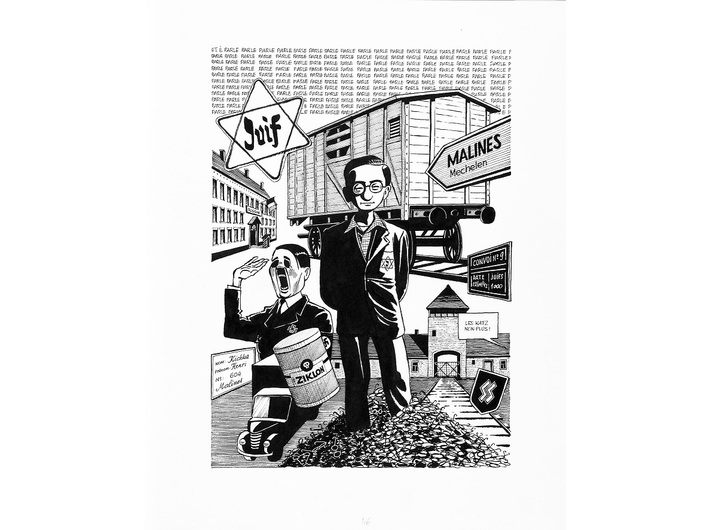 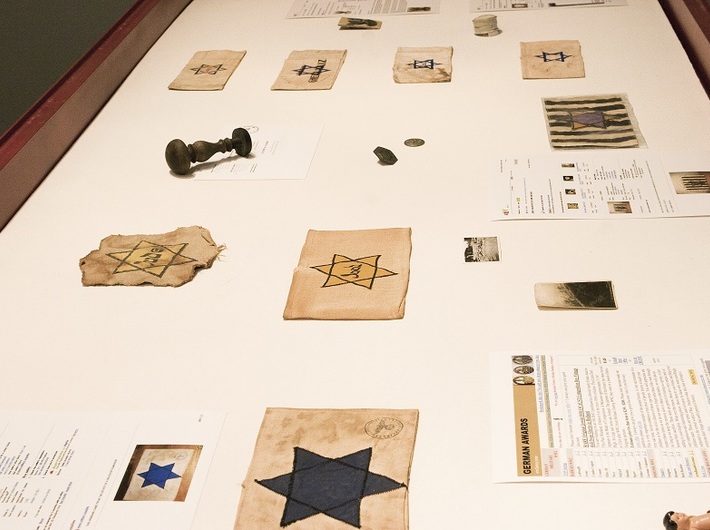 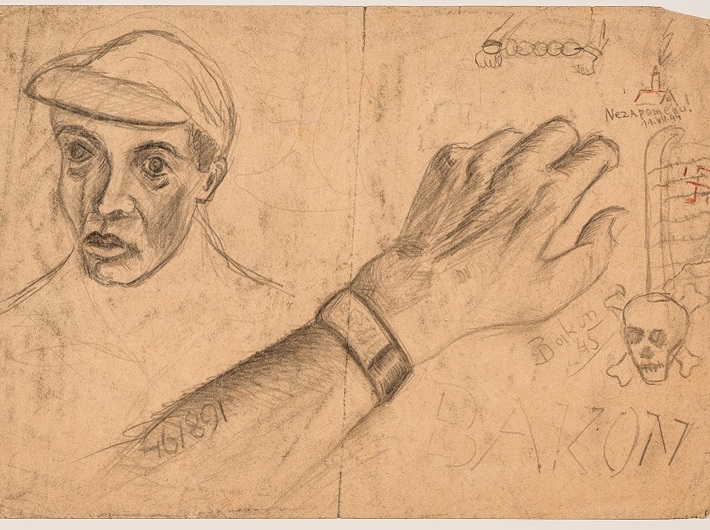 The exhibition at MOCAK highlights the significant presence of the theme of Auschwitz in the historical, social and cultural discourse. It demonstrates how contemporary artists from Poland, Israel and Germany interpret events from the past. This is not about presenting art broadly thematically related to the Holocaust, rather – about works that deal with the ‘anus mundi’– Auschwitz as a place of genocide, the most tragic man-made symbol there is. The exhibition poses a number of questions. After the last witnesses have died, will Auschwitz become a dark and vacant pop-cultural motif, a pure provocation, a horror Disneyland? Or are such worries exaggerated? Will the second and third post- Auschwitz generations feel a responsibility to carry the memory of these events?

The part of the exhibition displayed at the Alfa Gallery, which was open from 15th May to 13th September, featured several dozen works by Yehuda Bacon. The artist was student of Peter Kien, who taught him how to draw while in the camp. After the war, Bacon became a teacher at the Bezalel Academy in Israel (his student was Sigalit Landau). Beside Bacon's works, you can see  books and works by Polish and German artists like: Willi Geiger, Wolfgang Langhoff, Teo Otto, Lea Grundig, Mascha Kaléko, Jan Baraś-Komski, Joseph Loos, George Zieleziński.

At the MOCAK Library, we present the original drawings from the first French edition of Michel Kichka’s comic Duxième génération, ce que je n’ai pas dit à mon père, in which the artist tells the story of his relationship with his father, Henri, who was the only member of the family to have survived the camp at Auschwitz. The experiences of World War II come alive in the comic; they significantly affect numerous aspects of family life such as the up-bringing of the children, the shared meals or the celebration of holidays.

Betweeen 12 noon and 4 pm, in the Audiovisual Hall there will be a continuous showing of Dani Gal's film As if from Afar (2013, 26 min), one of the works at the exhibition.

The exhibition Poland – Israel – Germany: The Experience of Auschwitz has been organised in collaboration with the Zentrum für verfolgte Künste in Solingen. The works by Yehuda Bacon, Sigalit Landau and Michela Kichka were part of the exhibition Death Did Not Have the Last Word: No-one Is a Witness for the Witnesses which was shown at the beginning of the year at the Bundestag. The exhibition was curated by Jürgen Kaumkötter.

The exhibition is accompanied by a catalogue, which includes the text by the curator – Delfina Jałowik, as well as reproductions and descriptions of the works presented at MOCAK. To coincide with the exhibition, the Museum has also released the Polish translation of Jürgen Kaumkötter's Death Does Not Have the Last Word, whose German edition was published by Galiani Berlin. The book features over 300 colour reproductions and gives a wide overview of the artists who under the Third Reich found themselves in ghettos and concentration camps.

In the Consulate General of the Federal Republic of Germany in Krakow, ul. Stolarska 7, you can see the exhibition that accompanies the exhibition at MOCAK, Death Does Not Have the Last Word. On display are works of artists that survived Auschwitz: Leo Haas, Fritz Lederer and Jerzy Adam Brandhuber, a graduate of the Academy of Fine Arts in Krakow and the first curator of the State Museum Auschwitz-Birkenau. The presented works refer to the artists’ experience at the concentration camp and they have been made after World War II. The exhibition can be visited during the Consulate opening hours.

Sponsors of the exhibition

Partners of the exhibition

Jürgen Kaumkötter Death Does Not Have the Last Word. Art Amidst the Catastrophe 1933-1945

Co-organiser of the exhibition