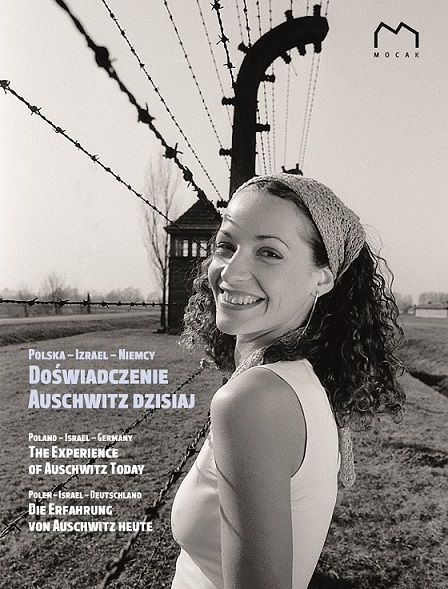 In July 2015 MOCAK published the Polish translation of the book Death Does Not Have the Last Word by Jürgen Kaumkötter, devoted to works by artists imprisoned in the concentration camps and ghettos of the Third Reich during the war. The present publication reflects on how contemporary artists interpret the experiences of Auschwitz. Delfina Jałowik, who curated the exhibition jointly with Jürgen Kaumkötter, analyses the various ways in which 24 artists from Poland, Israel and Germany deal with the memory of the suffering.

The exhibition at MOCAK, organised jointly with the Zentrum für verfolgte Künste in Solingen on the 70th anniversary of the liberation of Auschwitz concentration camp, highlights the significant, continuing presence of the issue of Auschwitz in the discourse on history, society and culture, showing how contemporary artists from Poland, Israel and Germany interpret these traumatic events from the past. The key intent behind the presentation is to ask what will happen when the last eye-witness of the tragedy dies. Do the second and third post- Auschwitz generations feel a responsibility to not let these events fall into oblivion?

Artists from Poland, Israel and Germany differ in their approach to the Holocaust. The works of Polish artists frequently relate to the actual site of the atrocities; the artists employ deep-rooted perceptions of Auschwitz, showing how they are adopted by consumerist culture, with the consequent commercialisation of the theme. The works are often thought-provoking, venturing beyond the accustomed format for representing the Holocaust. Israeli artists are chiefly preoccupied with the question: what does it mean to be a child, grandchild or great-grandchild of a Holocaust victim? They show the extent to which imprisonment at Auschwitz has irrevocably marked the consciousness and functioning of the survivors’ families. Installations and objects constructed from personal items evoke those who did not survive. The interest of German artists is focused on the perpetrators, Hitler and the Nazis. The concentration camp itself appears only rarely, usually as a backdrop in order to document guilt or highlight reflections on the artists’ own sense of burdened identity. It is apparent, however, that, in spite the differences in focus of the approaches favoured by the artists, they are all acutely aware of their shared duty to not allow the memory of the tragic events fade away.

The essay – published in Polish, English and German – provides an introduction to the catalogue of the works shown at the exhibition. The book is accompanied by a DVD with a recording of a drawing performance by Michel Kichka as well as a short film about the exhibition. MOCAK is also planning another publication on the manner in which the Holocaust has been depicted and interpreted.

We will ask curators, art historians and art critics as well as artists, writers and philosophers whether there is only a single acceptable convention for talking about the Holocaust and how the memory of the Holocaust might be insulted.