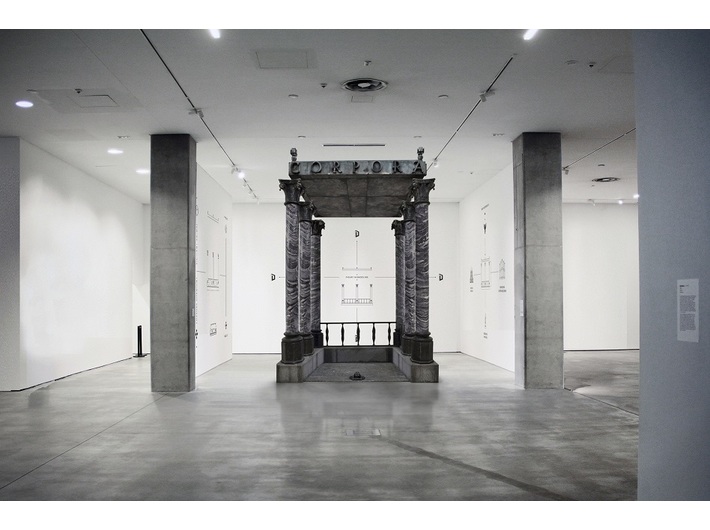 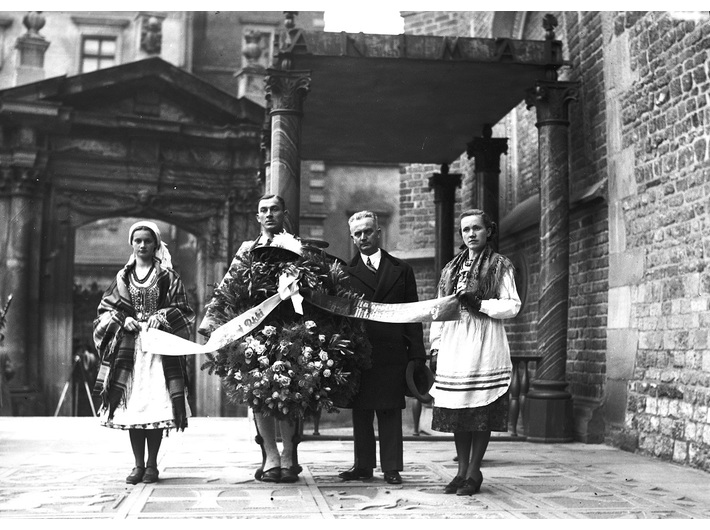 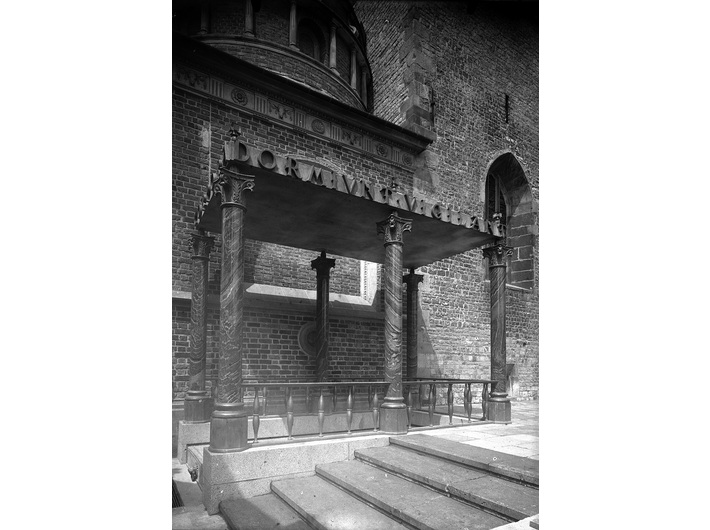 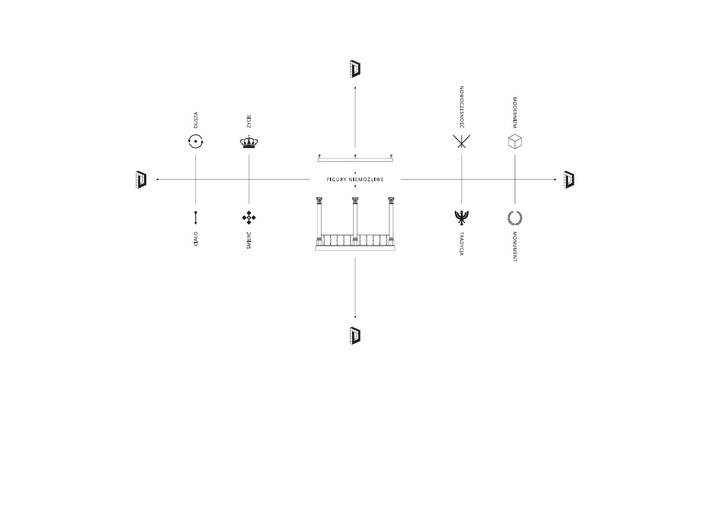 The first edition of the exhibition Impossible Objects took place in the Polish Pavilion at the 14th Biennale of Architecture in Venice. The winning project by Zachęta, the National Gallery of Art in Warsaw, had been presented by the Institute of Architecture and Jakub Woynarowski and was a response to the theme that Biennale Director Rem Koolhaas had given each of the 65 countries to address: Absorbing Modernity 1914-2014.

At MOCAK we will be showing the most significant element of the project that represented Poland at the Architecture Biennale. This is a full‑size replica of the baldachin over the entrance to the tomb of Marshal Józef Piłsudski, erected in 1937 in the Cathedral at Wawel Castle to a design by the architect Adolf Szyszko-Bohusz. The object differs from the original in Wawel in that the canopy that crowns it  is separate from the part below; thanks to this transformation, it seems to levitate above the columns that support it. The physical separation of the two parts is intended to create the effect of being in the presence of one of the eponymous ‘impossible figures’.

The Wawel baldachin was a means to commemorate of the Marshal as a victorious leader. In constructing it, spolia were used – architectural elements from previous constructions, relics of the partitions of Poland, such as the plinth from the Bismarck monument in Poznań, smelted Austrian canon and columns from the demolished Alexander Nevsky church in Warsaw. This device was both symbolic and propaganda. The leader cult promoted by the Establishment combined with a simultaneous drive towards modernity demonstrates the contradictions present in the process of the shaping anew of Poland’s national identity.

The presentation of the baldachin at MOCAK is accompanied by large‑scale diagrams by Jakub Woynarowski, which explain the significance of the object. This is a complex work; it demonstrates the mythologising of history, the cult of national holy relics and the way in which Poles are torn between their past and their present. These are all factors that affected Poland’s singular approach to modernism. The concept of Impossible Objects had a very positive reception by audiences and in the world press. Jakub Woynarowski was awarded the Passport in visual arts by ‘Polityka’, partly for the artistic format of the presentation in Venice.  On the return of the baldachin to Krakow, its presentation in the local context should reveal to audiences many new ways of interpreting the installation.

The exhibition will be accompanied by a publication with texts by curators from the Institute of Architecture as well as essays by Dariusz Czaja and Jan Sowa. The publication, in Polish and English, will be illustrated by source materials and with diagrams by Jakub Woynarowski. The exhibition has been organised by the Institute of Architecture Foundation and by MOCAK the Museum of Contemporary Art in Krakow.

The first edition of the exhibition Impossible Objects took place in the Polish Pavilion at the 14th Biennale of Architecture in Venice and it was presented by Zachęta the National Gallery of Art in Warsaw.

The exhibition has been co-funded by the Krakow City Council