Filmmakers have approached the subject of motherland in various ways in accordance with the requirements of the time, usually to coincide with topical politics and public mood. In this year's programme of the summer cinema which accompanies the exhibition Motherland in Art we offer a different take on the theme. The presented films show the clash of the individual with different motherlands, both ‘small’ and ‘big’. It is in these private wrestlings with the ‘motherland’ that the directors reveal realistic definitions of the concept, in their down-to-earth dimensions.

On 7 September at 9 pm we invite you to the Museum arcades for a special screening of the film Kichka: Life Is a Cartoon, a co-production of MOCAK and the Center of Persecuted Art in Solingen. 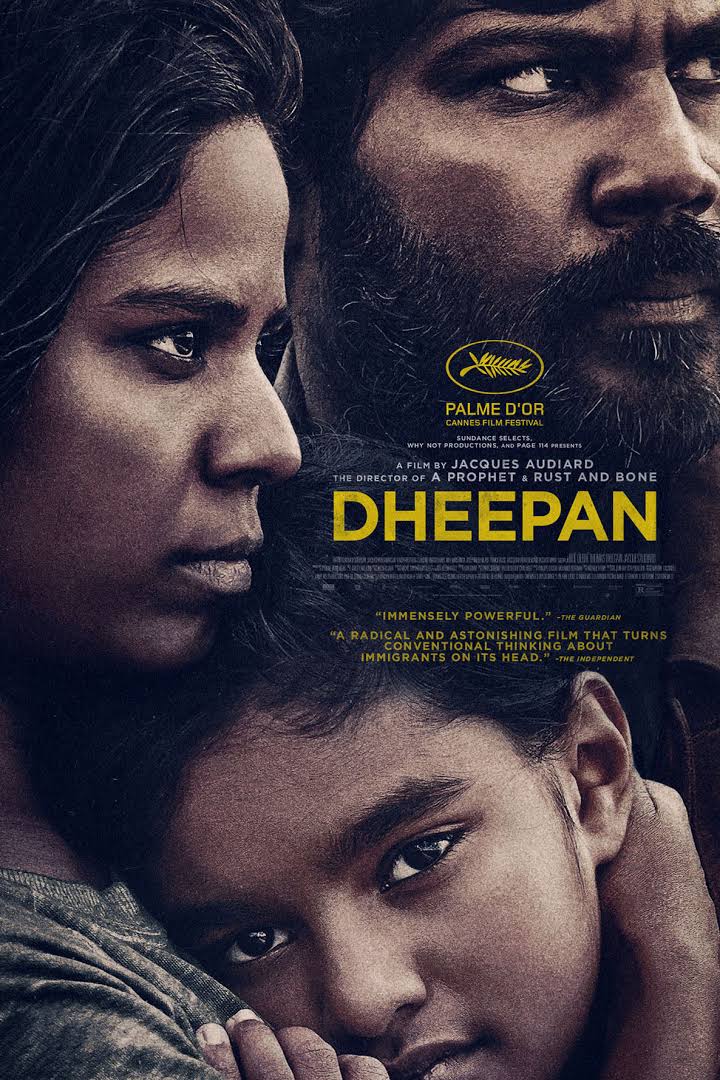 Winner of the Palme d'Or at the 2015 Cannes Film Festival, the new film from acclaimed director Jacques Audiard (A Prophet) is a gripping, human tale of survival. On the losing side of a civil war in Sri Lanka, a Tamil soldier (Antonythasan Jesuthasan) poses as the husband and father of two other refugees in order to escape their ravaged homeland. Arriving in France, the makeshift "family" sets about establishing a new life-only to find themselves once again embroiled in violence on the mean streets of Paris. A heartrending saga of three strangers united by circumstance and struggle, Dheepan is both a tour-de-force thriller and a powerful depiction of the immigrant experience.

Set in 1992, during the growing conflict between Georgia and Abkhazian separatists in the wake of the Soviet Union's dissolution, this compassionate tale focuses on two Estonian immigrant farmers who decide to remain in Georgia long enough to harvest their tangerine crop. When the war comes to their doorsteps, Ivo (played by legendary Estonian actor Lembit Ulfsak) takes in two wounded soldiers from opposite sides. The fighters vow to kill each other when they recover, but their extended period of recovery has a humanizing effect that might transcend ethnic divides. Set against a beautiful landscape defiled by war, this poetic film makes an eloquent statement for peace.

Director Denis Villeneuve adapts Wajdi Mouawad's play concerning a pair of twins who make a life-altering discovery following the death of their mother. Upon learning that their absentee father is still very much alive and they also have a brother they have never met, the pair travels to the Middle East on a mission to uncover the truth about their mystery-shrouded past.

Three days after the terrorist attack on the offices of Parisian weekly Charlie Hebdo and forty days after the death of his father, Lary, a doctor in his forties is about to spend the Saturday at a family gathering to commemorate the deceased. But the occasion does not go according to expectations. Forced to confront his fears and his past, to rethink the place he holds within the family, Lary finds himself constraint to tell his version of the truth.

Set in the summer of 1984 – Margaret Thatcher is in power and the National Union of Mineworkers (NUM) is on strike. At the Gay Pride March in London, a group of gay and lesbian activists decides to raise money to support the families of the striking miners. But there is a problem. The Union seems embarrassed to receive their support. But the activists are not deterred. They decide to ignore the Union and go direct to the miners. They identify a mining village in deepest Wales and set off in a mini bus to make their donation in person. And sobegins the extraordinary story of two seemingly alien communities who form a surprising and ultimately triumphant partnership.

The Verneuils are Catholic. They are also a well-off, well-educated, well-intentioned, well-thought of couple. Everything would be for the best in the best of worlds if three of their daughters had not married three young men of different religions and origins. So, the day their fourth girl tells them that she is going to marry a Catholic they are on cloud nine... 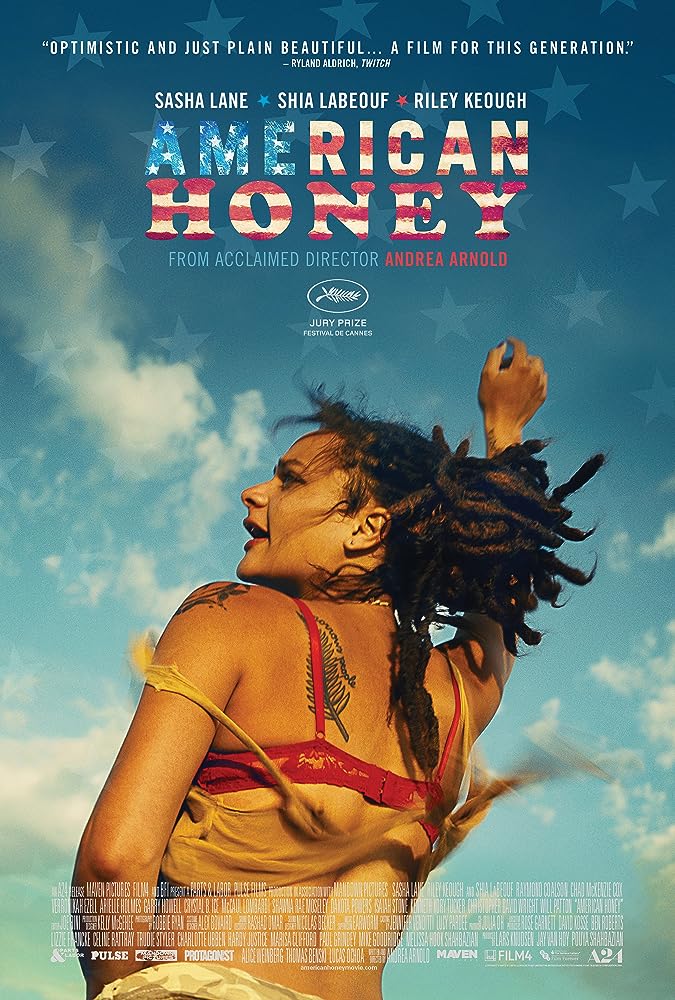 Star, an adolescent girl from a troubled home, runs away with a traveling sales crew who drive across the American Midwest selling subscriptions door to door. Finding her feet in this gang of teenagers, one of whom is Jake, she soon gets into the group's lifestyle of hard-partying nights, law-bending days, and young love.

In James Gray's The Immigrant, Ewa Cybulski (Marion Cotillard) and her sister sail to New York from their native Poland in search of a new start and the American dream. When they reach Ellis Island, doctors discover that Magda (Angela Sarafyan) is ill, and the two women are separated. Ewa is released onto the mean streets of Manhattan while her sister is quarantined. Alone, with nowhere to turn and desperate to reunite with Magda, Ewa quickly falls prey to Bruno (Joaquin Phoenix), a charming but wicked man who takes her in and forces her into prostitution. The arrival of Orlando (Jeremy Renner) – a dashing stage magician who is also Bruno's cousin – restores her self-belief and hopes for a brighter future, becoming her only chance to escape the nightmare in which she finds herself.

Acclaimed filmmaker Cristian Mungiu (4 Months, 3 Weeks, 2 Days) returns with this searing human saga about a father driven to extremes in order to protect his daughter's future. Romeo Aldea (Adrian Titieni) is a seemingly honest doctor who regrets having settled in his native Romania, a country still teeming with corruption and back dealings. He channels his ambitions for a better life into his teenage daughter, Eliza (Maria Dragus), who's just one exam away from securing a scholarship to a prestigious British university. But when Eliza is attacked on the eve of her test, endangering her ability to pass, Romeo takes matters into his own hands to ensure her success. Winner of the Best Director prize at Cannes, Graduation is a masterful look at the complex moral choices and compromises some people make when desperation takes hold.

Newly arrived from England to marry his fiancee Zaneta (Agnieszka Zulewska, Chemo), Peter (Israeli actor Itay Tiran, Lebanon) has been given a gift of her family's ramshackle country house in rural Poland. It's a total fixer-upper, and while inspecting the premises on the eve of the wedding, he falls into a pile of human remains. The ceremony proceeds, but strange things begin to happen... During the wild reception, Peter begins to come undone, and a dybbuk, the iconic ancient figure from Jewish folklore, takes a toehold in this present-day celebration-for a very particular reason, as it turns out. The final work by Marcin Wrona, who died just as Demon was set to premiere in Poland, is part absurdist comedy, part love story-that scares, amuses, and charms in equal measure.