Each screening will be preceded by an introduction by the film expert Adrian D. Kowalski, who will be talking about motherland in cinema.

Look at the programme of Summer Cinema at MOCAK >>

Winner of the Palme d'Or at the 2015 Cannes Film Festival, the new film from acclaimed director Jacques Audiard (A Prophet) is a gripping, human tale of survival. On the losing side of a civil war in Sri Lanka, a Tamil soldier (Antonythasan Jesuthasan) poses as the husband and father of two other refugees in order to escape their ravaged homeland. Arriving in France, the makeshift "family" sets about establishing a new life-only to find themselves once again embroiled in violence on the mean streets of Paris. A heartrending saga of three strangers united by circumstance and struggle, Dheepan is both a tour-de-force thriller and a powerful depiction of the immigrant experience. 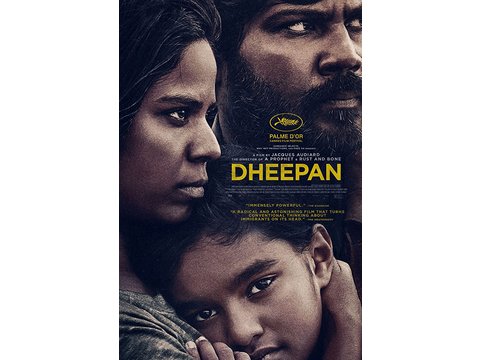