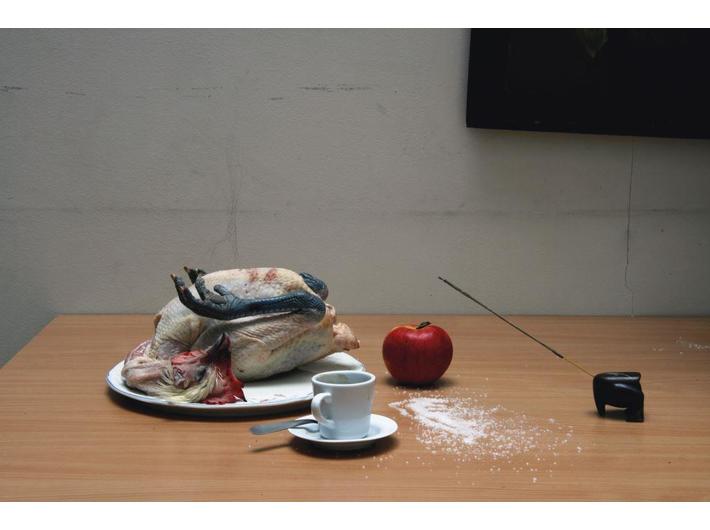 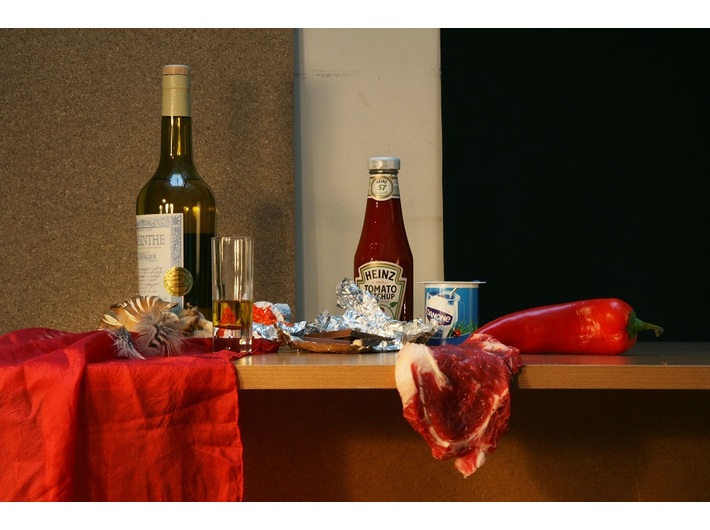 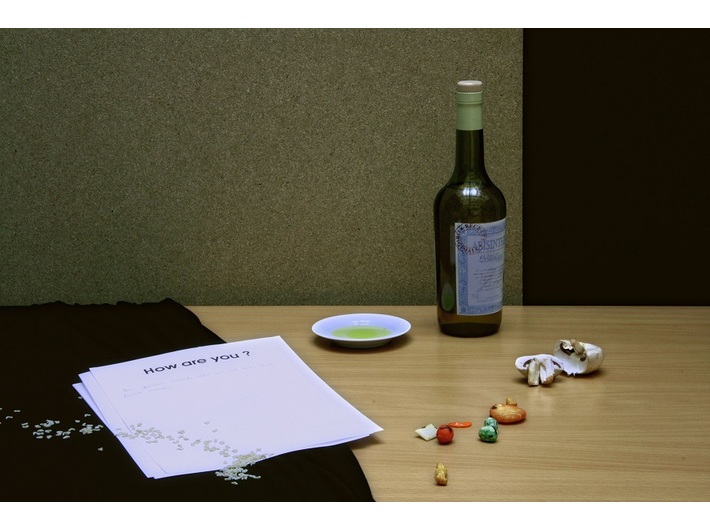 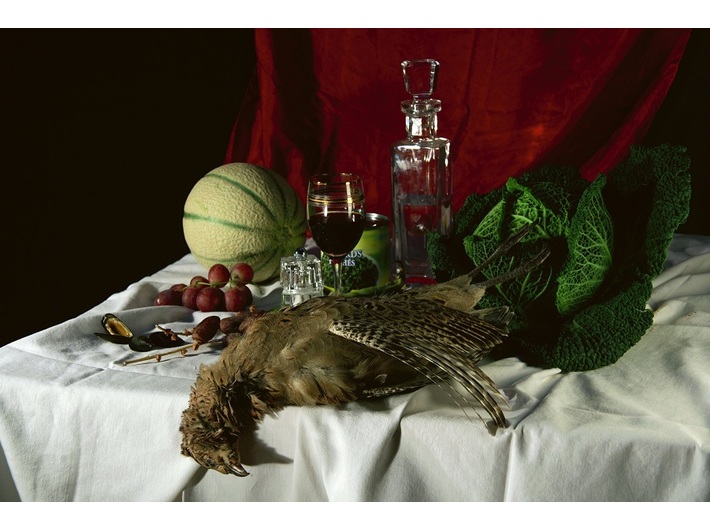 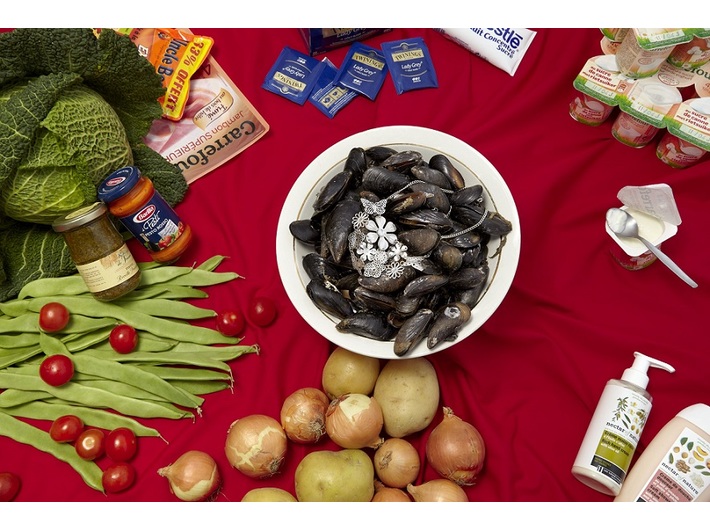 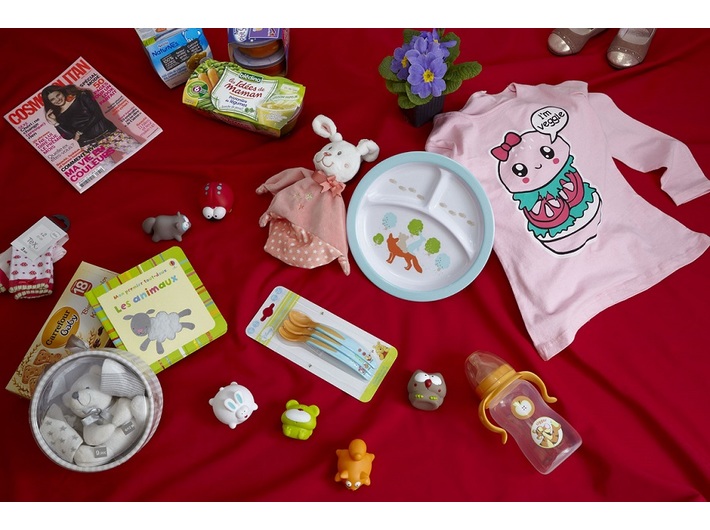 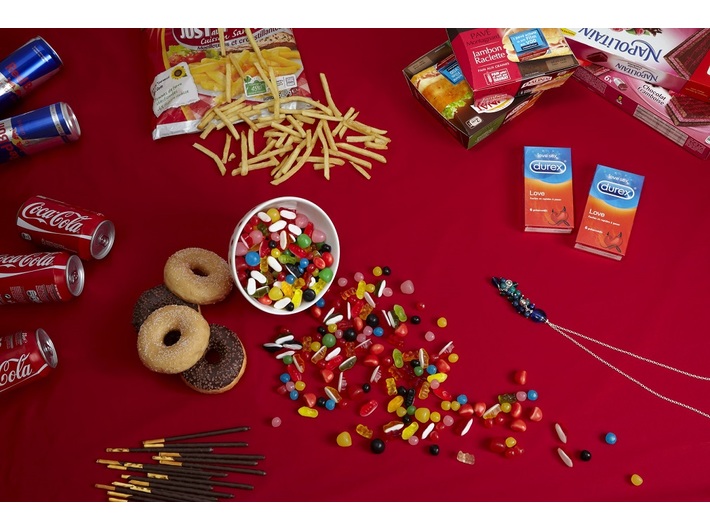 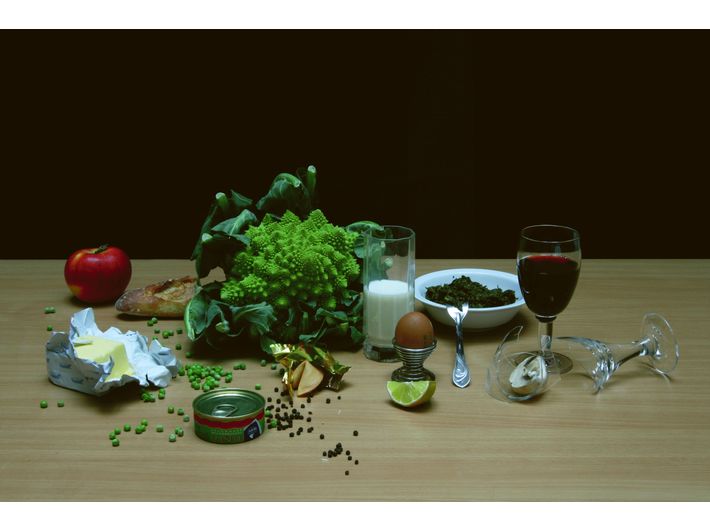 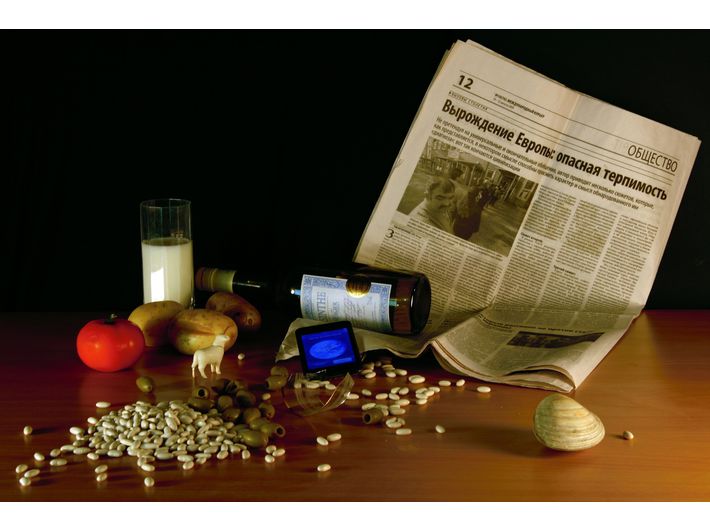 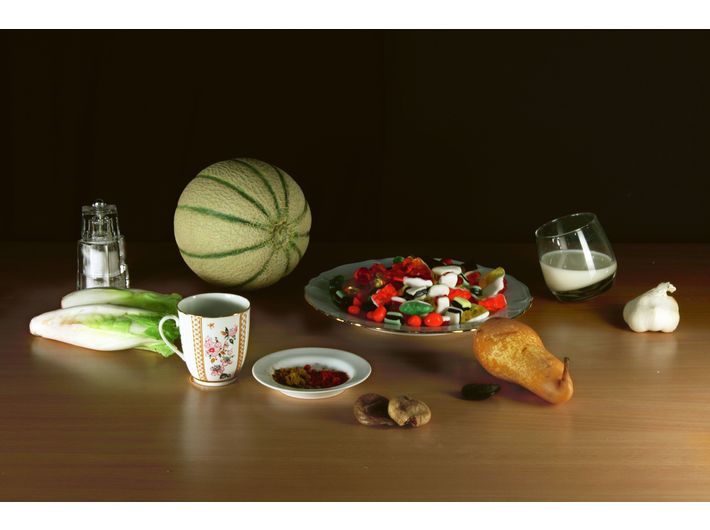 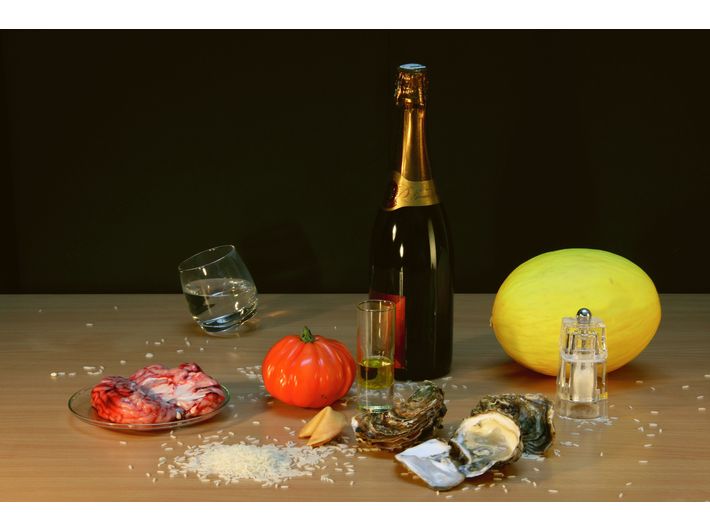 The exhibition will present two series combining photographs and text. The images show carefully arranged food items and everyday objects. The series Not So Miscellany is reminiscent of traditional still lifes, whilst works from the series Hyper Reality are open compositions. In both, the visual content has been complemented by texts, attempting to fathom the symbolic links of the things to the psyches of the persons who bought or stole them. The objects become the basis of a psychological and sociological assessment.

The series Not So Miscellany consists of three elements: a glossary, stories and photographs. The glossary is the starting point and is also the key to the understanding of the whole. It was prepared by the artist in collaboration with researchers in humanist fields and describes contemporary symbols; for instance, a melon as a sign of friendship, an apple – of beauty, a cockerel – of brashness. As the next step, Hélèna Villovitch wrote down some short stories about the life of Olga Kisseleva. The final stage was taking the photographs. The glossary, compiled earlier, became the basis on which to select the products that were to appear in individual shots. Each story was illustrated by a set of objects, the symbolic meaning of which – such as friendship, beauty or brashness – was mentioned in the text. The work demonstrates that, besides their utilitarian value, things evoke specific emotions and can reflect interpersonal relationships and traits of character.

Works from the series Hyper Reality consist of goods that people had tried to shoplift from a supermarket. The artist was given permission to document the contents of shopping bags confiscated by the shop security guards. The objects, displayed against a brightly coloured background, were used as the basis for a psychological profile of the person that attempted to steal them. The sociologist who analysed the sets of goods had no idea that these items had been confiscated from a shoplifter. It turned out that for shoplifters, the most desirable items were not basic necessities but rather goods for which the desire to possess them had been created by the mass media.

Olga Kisseleva (b. 1965) – born and grew up in Russia. She graduated from Saint Petersburg State University. She currently lives in Paris but frequently visits her motherland. She is a lecturer at the Université Paris 1 Panthéon-Sorbonne, where she founded the Art & Sciences laboratory. She is considered one of the leading new media artists.
She has presented her works in venues including the National Centre for Contemporary Arts in Moscow (2005; 2007 – as part of the 2nd Moscow Biennale of Contemporary Art), the Moscow Museum of Modern Art  (MMOMA; 2009 – as part of the 3rd Moscow Biennale of Contemporary Art; 2010; 2011; 2012), at the Museum Moderner Kunst Stiftung Ludwig Wien MUMOK in Vienna (2009), at the Centre Georges Pompidou in Paris (2013) and the Koninklijke Musea voor Schone Kunsten van België in Brussels (2015/2016). Her works have been shown at two group exhibitions at MOCAK – Economics in Art and Gender in Art.
She works with sculpture, video, installation, photography. She raises social and political issues; she is particularly interested in the technological and economic challenges that face today’s society: consumerism and the effect of the increasing power of multinationals as well as the relationship between the financial situation of the artist and the creative work produced. She usually starts her work on a project with an in-depth analysis of the theme, working in collaboration with experts in the field.