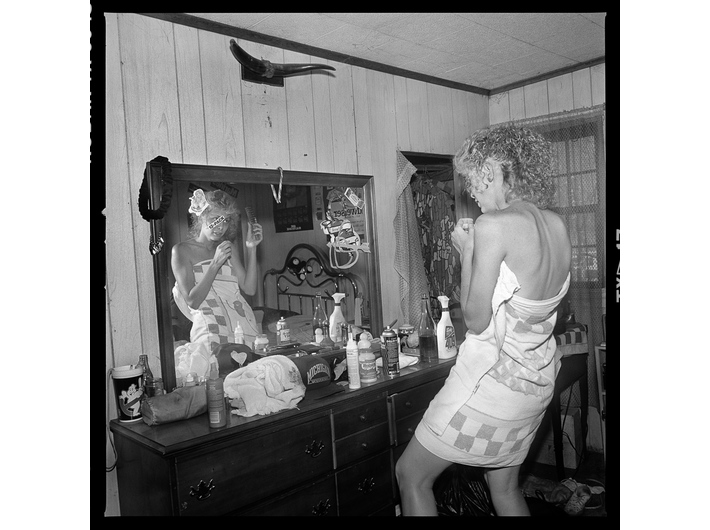 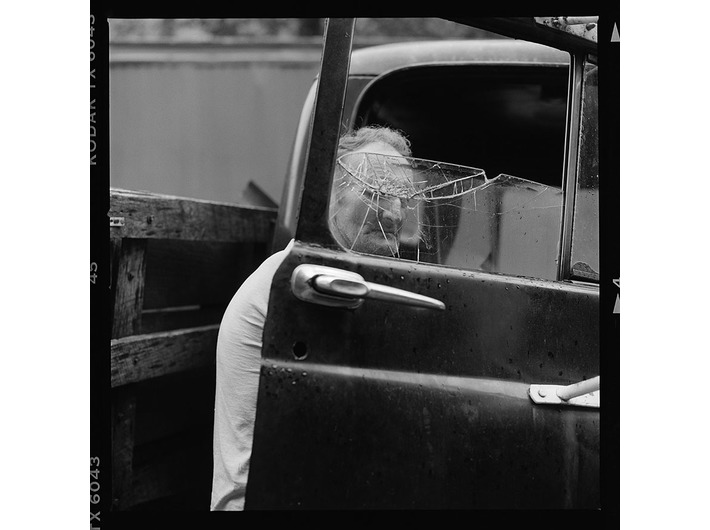 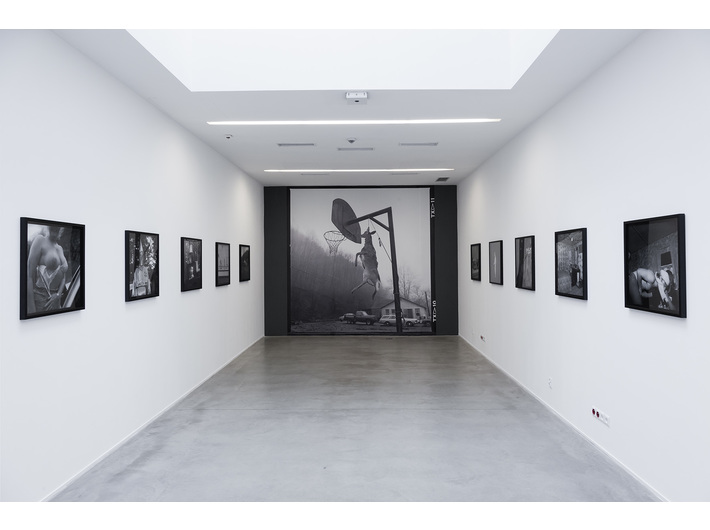 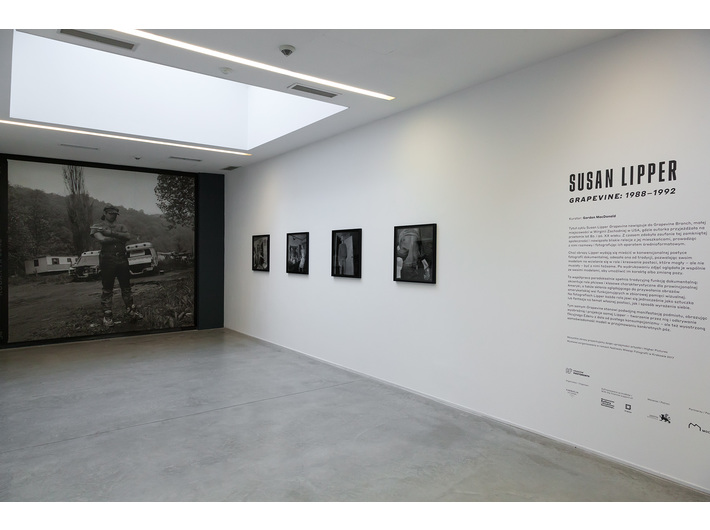 The Grapevine series by Susan Lipper takes its name from Grapevine Branch, West Virginia, USA, a small community in which Lipper took up intermittent residency in the late 1980s and early 90s. With time, she was accepted as an inside member of this closed community and developed intimate relationships with its residents, whom she interviewed and then photographed with a medium-format camera.

Although Lipper’s images seem to be constructed within the established vocabulary of documentary photography, she broke from this tradition by granting her sitters the theatrical license to perform as actors – as versions of themselves that may or may not have been true. After printing the resulting images, Lipper reviewed them with her sitters so they could refine or alter their poses.

This collaborative process paradoxically fulfills a traditional documentary function by throwing the gender and class roles enacted in small-town America into greater relief and asks viewers to recall the images of rural American communities we hold in our collective visual memory. In Lipper’s photographs, each role, whether inhabited or performed, reveals itself to be artifice or fantasy as much as a means of personal expression.

In this way, Grapevine enacts a double manifestation of self, picturing both Lipper’s own psychic imagination – her creation and exploration of a fictional Eden removed from the reach of empty consumerism – and her subjects’ keen self-awareness in their posturing.

All images courtesy of the artist and Higher Pictures.

Exhibition guided tours as part of Photomonth in Krakow