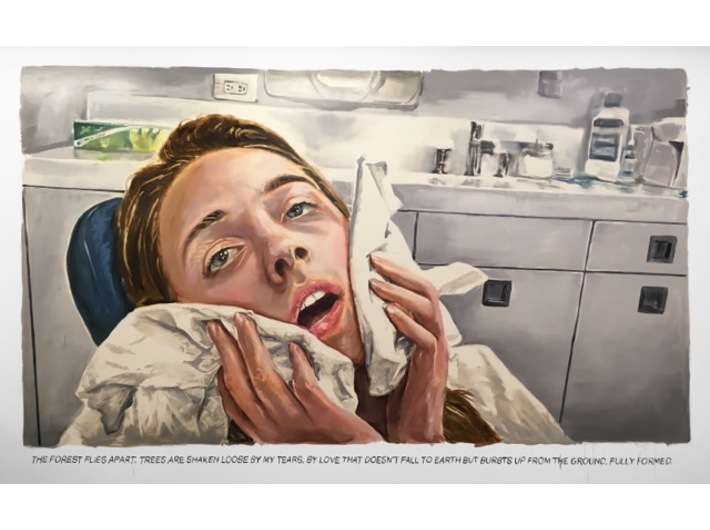 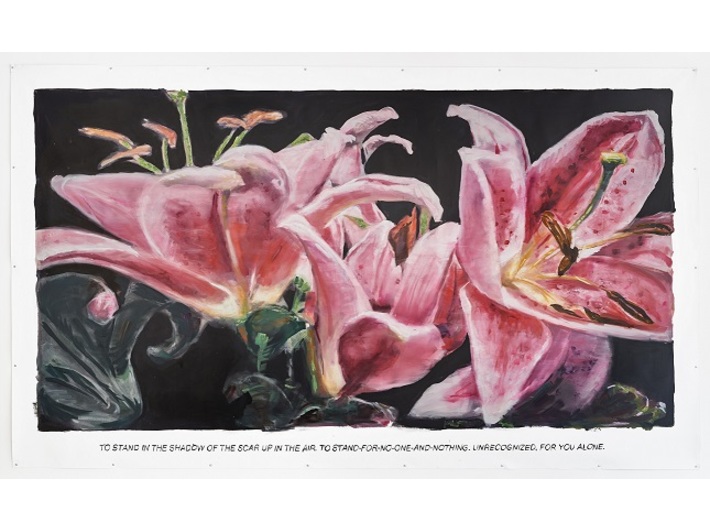 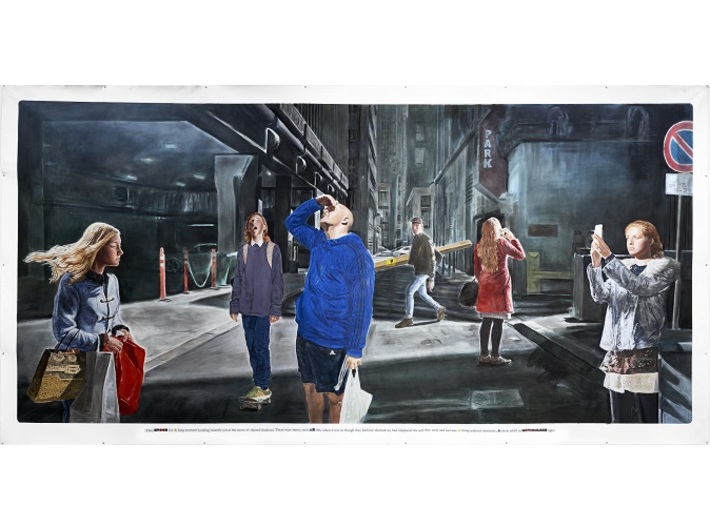 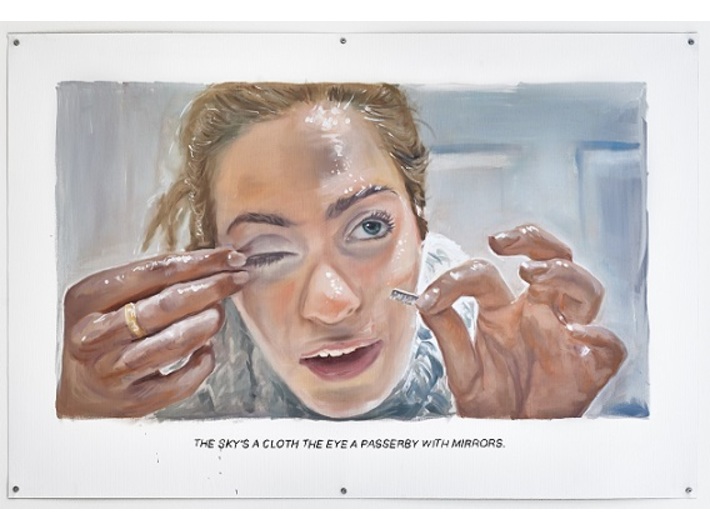 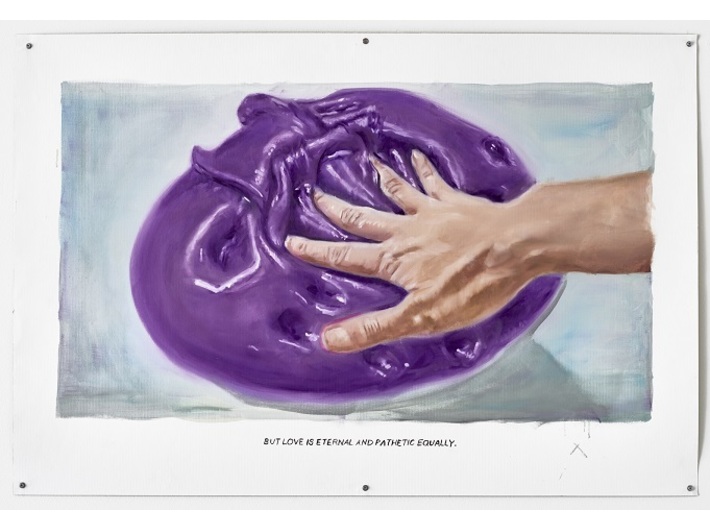 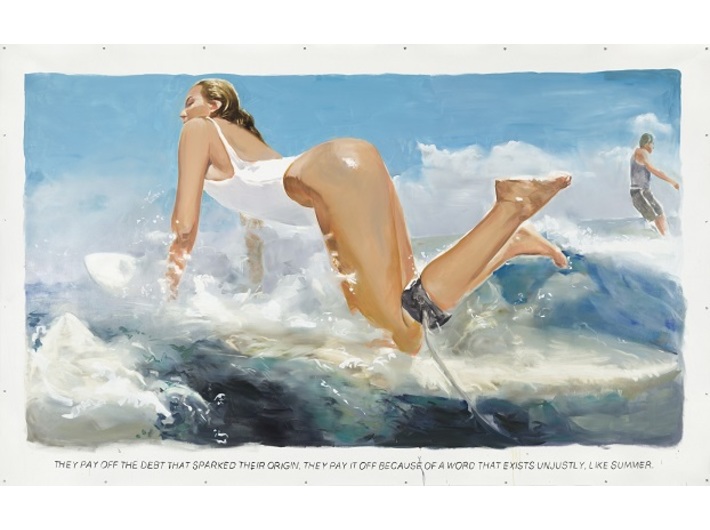 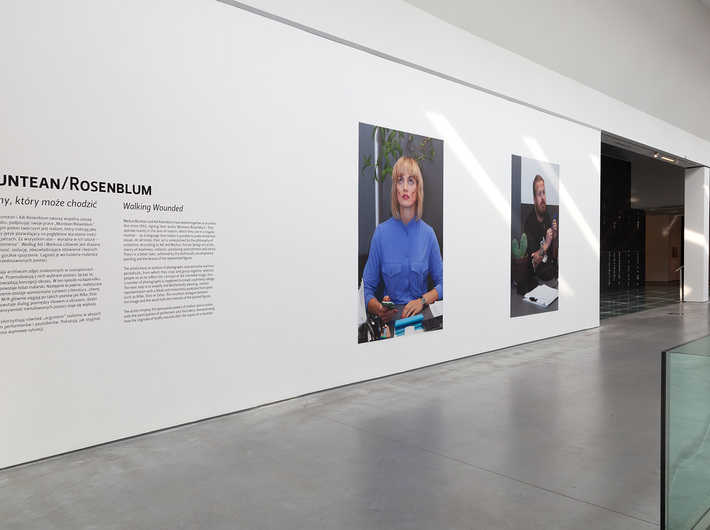 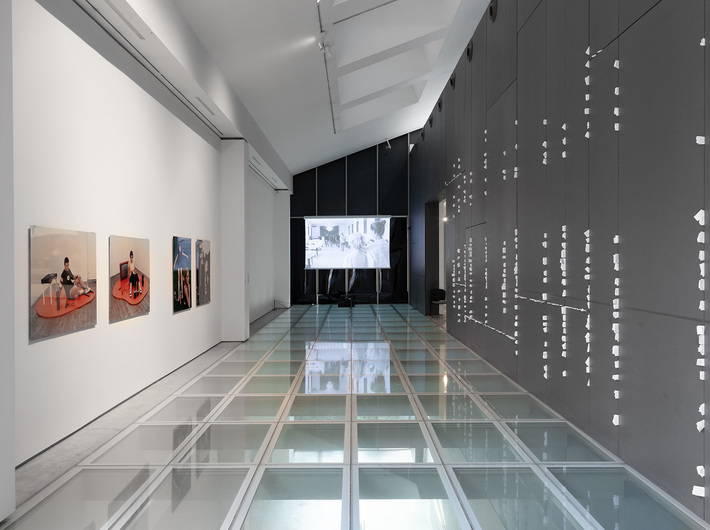 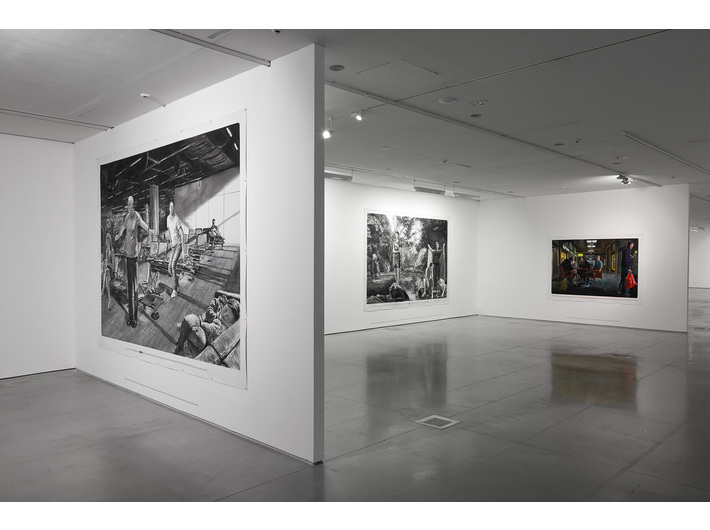 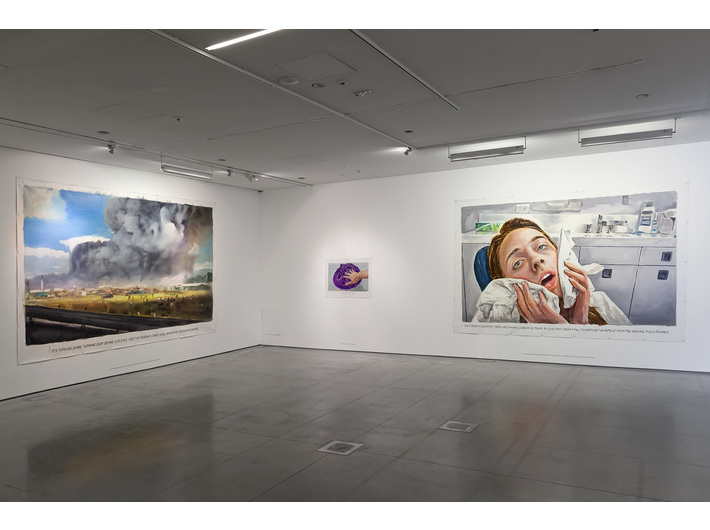 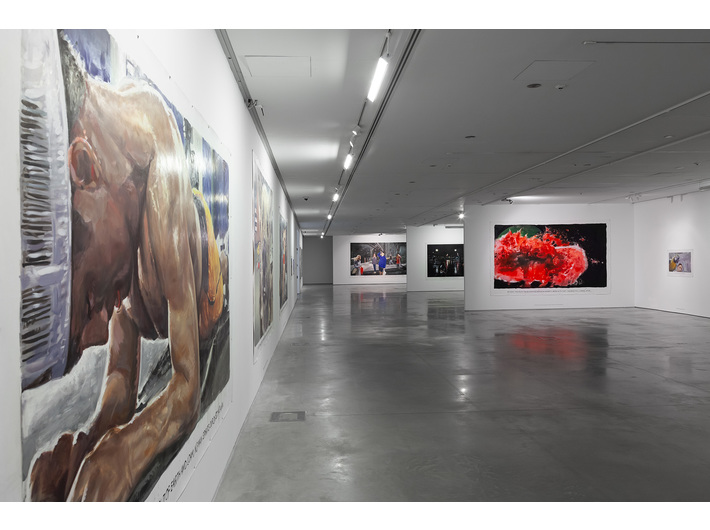 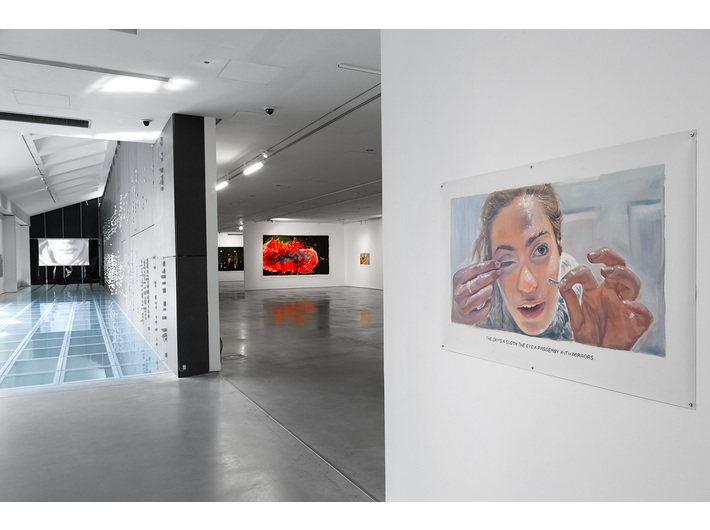 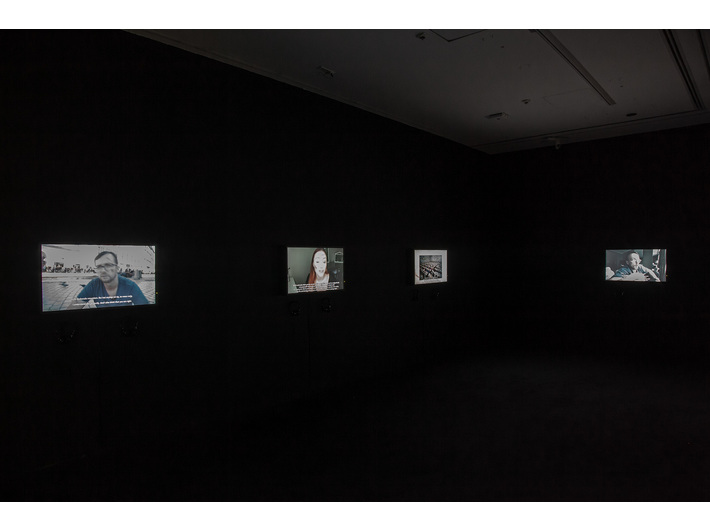 Markus Muntean and Adi Rosenblum have been an artistic duo since 1992. They are known primarily as authors of monumental compositions – group scenes accompanied by quotations from literature. The protagonists of their paintings are young people whose figures have been repainted from photographic materials from the artists’ archives, magazines and the internet. Their facial expressions and body language usually reveal their helplessness, loneliness and emotional fragility. Seen through the eyes of Muntean and Rosenblum, the young generation is being created and manipulated by social media. The essential message of these images can often be distilled into the question of whether it is possible for spirituality to exist in the contemporary world. The artists do not shy away from pathos or ambiguity; the compositions of their works reference the convention of the old masters.

This method has been continued in the works created since 2017. They are based on video frames posted on YouTube. Muntean/Rosenblum choose films that enjoy great popularity, despite being no more than footage of down-to-earth, banal scenes taking place, for example, in a gym or a dentist’s surgery. In these works, the artists focus on quotations from poems by Rilke, Eliot, Celan and Bowles, bringing together images representing popular culture with sophisticated poetry. The juxtaposition of the visual and literary layers has no clearcut rationale; this obliges the viewers to find their own interpretation of the history presented on canvas.

Performative actions are also an important part of the Muntean/Rosenblum duo’s activity. They often paint wounds on the actors’ bodies and then, with no comment or pointers for the viewer, place them in the city or gallery space. The protagonists of their paintings and performances seem wronged or emotionally agitated – the wound reflecting their predicament. What in the Muntean/Rosenblum’s paintings is a psychological suggestion takes a concrete shape in their performative actions.

The exhibition is part of an exhibition programme dedicated to the artists whose works can be found in the MOCAK Collection. It will be accompanied by a Polish-English publication.

Guided tours of exhibitions in Ukrainian
More about the artist: