The Espacio del Inmigrante in the Barcelona district of Raval has been set up as a social centre to support immigrants; it offers immediate help, including health services, legal advice and language courses. This is also an open space housing debates and film screenings that analyse such notions as identity, race and social class in order to further the understanding of the mechanisms of exclusion.

The Peruvian artist has highlighted the issue of the invigilation of migrants in Europe from the point of view of an immigrant. Her banner represents a fictitious questionnaire issued by the immigration authorities at a point of entry into the European Union. The questionnaire carries – in eight languages – the question ‘What does the nation state deny us?’ All respondents provide identical answers, pointing out the lack of legal aid, medical care, language courses, housing opportunities, self‑sufficiency and self‑development, discussion and solidarity. In Barcelona, immigrants who want to avoid deportation must pass a test in the Spanish language as well as on Spanish culture and history. The artist views the questions that form part of the test to obtain Spanish citizenship as proof of the imperialist nature of the Spanish state; they are a secondary tool of domination over those who – like the artist herself – have come to Spain from one of its former colonies. www.espaciodelinmigrante.wordpress.com 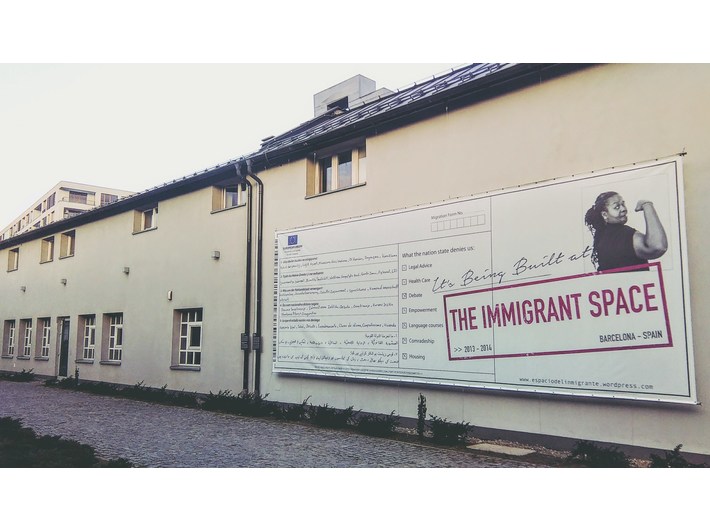 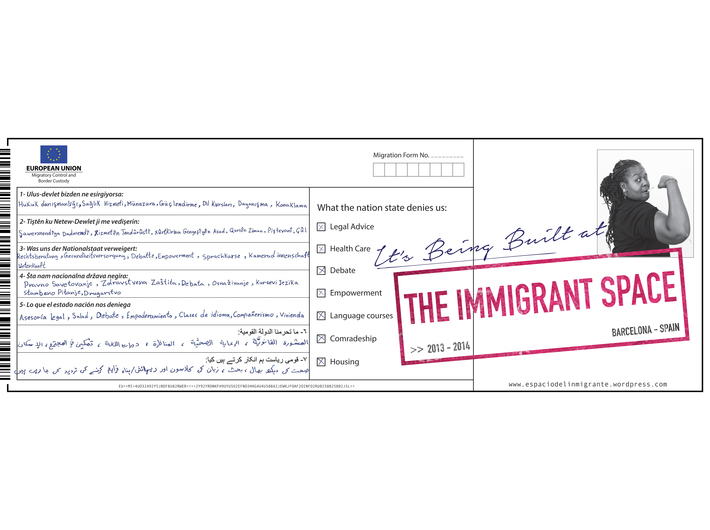