The banner was created on the basis of a series of posters made during the general strike of the Indonesian Trade Union Confederation in 2013. After China, Indonesia has a second place globally in terms of economic growth; in spite of that, the country’s employers continue with the low wages policy. The protesters demanded pay rises, an introduction of a welfare support system and the banning of outsourcing, which leads to lowering the wages. The demands of the unions have not yet been met, so they continue to fight for improved working conditions.

Socially engaged art that responds to topical issues is the hallmark of Nobodycorp. Internationale Unlimited. This project began in 1993 and was initiated by Alit Ambara, an artist activist member of the People’s Cultural Network (Jaringan Kerja Budaya) in Jakarta. 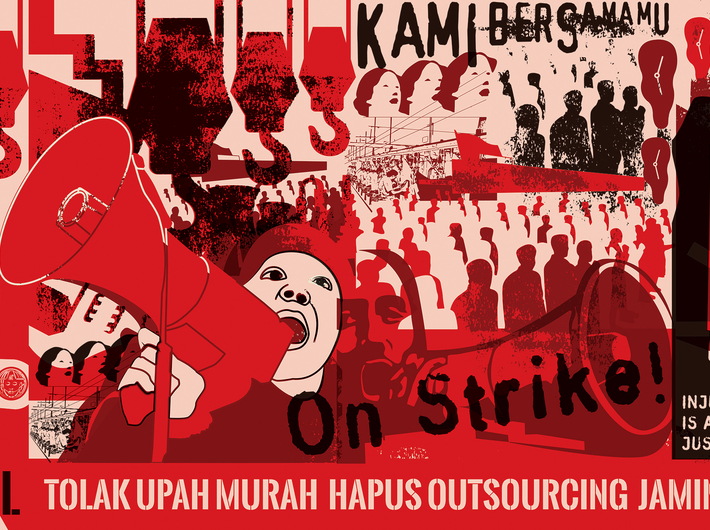 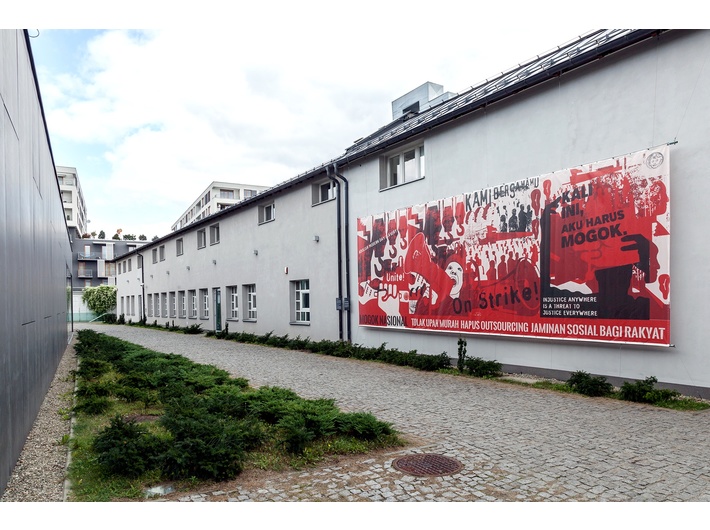