Taksim Square in Istanbul has traditionally been a meeting place. Hundreds of thousands of people assemble there each year on 1 May in order to take part in the march through the city on Labour Day. Since the 1970s, the square has also been the scene of mass protests, during which the façade of the AKM Cultural Centre, has been used as the backdrop for banners and posters.

In May 2013, the square became the scene of a mass protest by Istanbul residents against the cutting down of trees in the Taksim Gezi Park, to make room for development. The peaceful demonstration was brutally stifled by the police, who used teargas. There were numerous arrests and bulldozers demolished the tents set up by the protesters. This led to a wave of new protesters occupying Taksim Square; on the façade of the AKM Cultural Centre hang anti-government banners, voicing protests against the destruction wrought in the city by developers and by the autocratic policies of the Turkish Prime Minister. In front of the building we can see members of the hip-hop group Tahribad-ı İsyan (Rebellion and Destruction), who are from the Roma district of Sulukule. Their songs express the frustrations and longings of many of the residents of Istanbul. 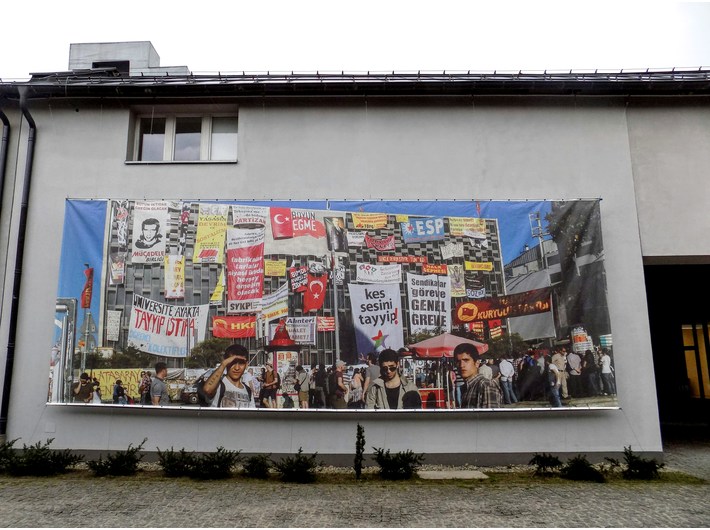 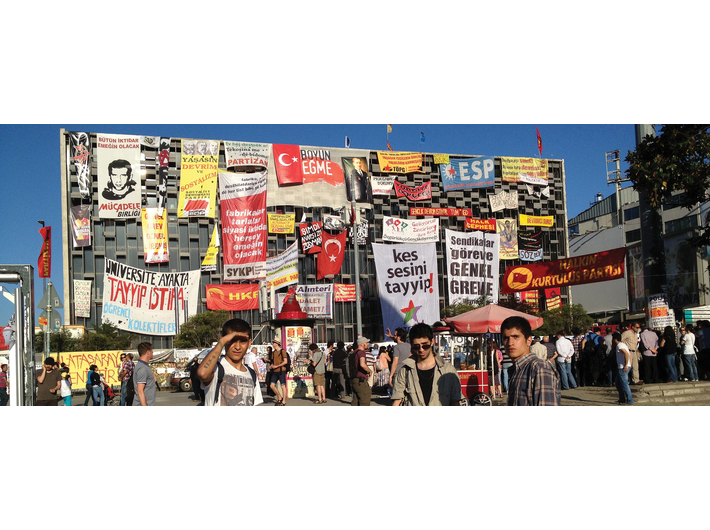