Miguel A. López explores the social and political legacy of Giuseppe Campuzano (1969–2013). The composition of the banner is based on four portrait photographs that show the Peruvian philosopher and drag queen. The photographs of Campuzano made up as four different characters document an exploration of alternative identity.

In 2004, Giuseppe Campuzano launched the Transvestite Museum of Peru (Museo Travesti del Perú). The project aimed for a critical approach to the traditional treatment of gender, memory and representation, leading to a queer re‑reading of history. Objects, photographs, texts, archival material and works of art were assembled with a view to using them in actions and publications. The result was a diversified collection of ways of showing the body – from the androgynous figures of the pre‑Columbian Moche ceramics to portraits of the saints who have not been recognised by the Church but appear in apocryphal records. Campuzano and his collaborators used these themes to reject the privileged status of heteronormative subjectivity. 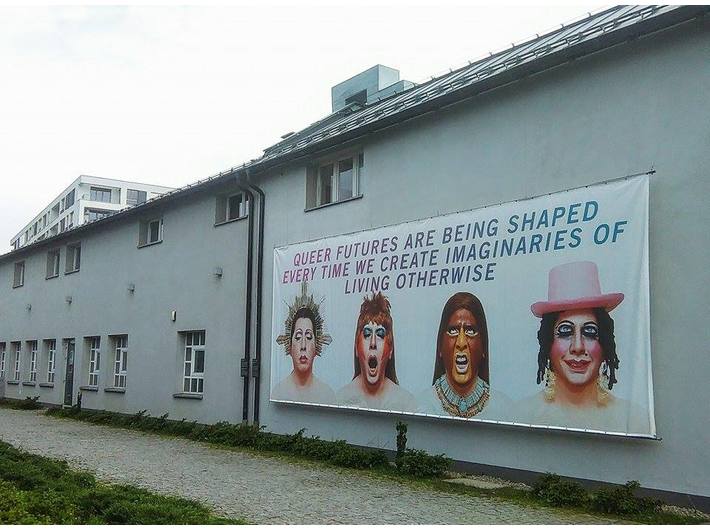 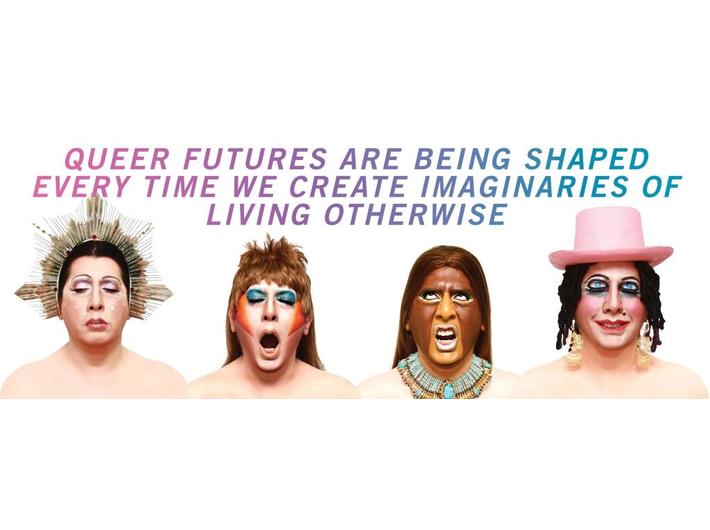