On Thursday 12 May at 7 pm come and meet the Belgian photographer Max Pinckers, the author of the project Will They Sing Like Raindrops or Leave Me Thirsty, which we are showing in Re Gallery.

Prior to the discussion, at 6 pm, there will be a guided tour with the participation of artists and curators of the exhibitions of works by Max Pinckers and Aneta Grzeszykowska, presented as part of Krakow Photomonth.

Max Pinckers (1988, Belgium) grew up in Indonesia, India, Australia, and Singapore. He got acquainted with photography at the age of twelve. In 2006 he returned to his native country to study documentary photography at KASK (Ghent), where he is currently a doctoral researcher. In 2015 he became a nominee of Magnum Photos and founded the independent publishing house Lyre Press. Since 2011 he has realized several documentary photo series in countries such as Thailand, India, Japan, and Kenya. Every series is turned into a carefully laid-out book consisting of interwoven photographs, documents, and texts.

As he does not believe in the possibility of sheer objectivity or neutrality, Pinckers advocates a manifest subjective approach, which is made visible through his explicit use of theatrical lighting, stage directions, and/or extras. Extensive research and diligent technical preparation are combined with improvisation to obtain lively, unexpected, critical, simultaneously poetic and documentary images. 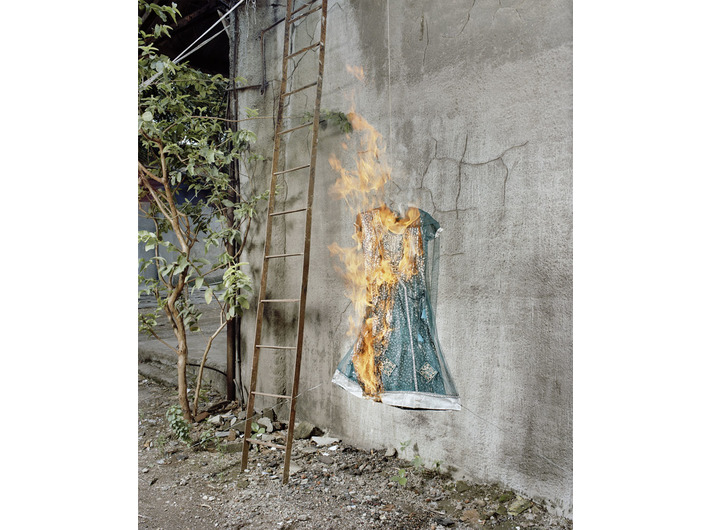 Max Pinckers, The Elephant in the Room is Out of Control, from the Will They Sing Like Raindrops or Leave Me Thirsty series © Max Pinckers
Wszystkie prawa zastrzeżone © MOCAK 2011-2020