//Thursdays with the Collection// Artūras Raila

Thursdays with the Collection Artūras Raila

In January and February, as part of the project Thursday with the Collection, we will be showing the work Under the Flag by Artūras Raila. It comprises two parts. The first of these was created in Linz in 1999, following the re-election of the nationalist politician Jörg Haider as Governor of Carinthia, and it shows city scenes. The footage was shown to the leaders of the Lithuanian neo-Nazi VNLDS Party, which was made illegal in 2011. Their reactions and comments combine into the second party of the video work. These statements are at times shocking, testifying to xenophobia, racism and homophobia. Both recordings contain references to Nazism. Linz was Hitler’s hometown, and Lithuanian party activists stand against the background of a flag with a graphic reworking of the swastika. The installation shows the topicality of neo-Nazi ideology, which continues to be manifest in Europe, despite the awareness of the tragedy of World War II.

This is the second edition of Thursdays with the Collection. It accompanies the exhibition World War II – Drama, Symbol, Trauma.

Artūras Raila (b. 1962) – video, photography, performance. He graduated in sculpture at the Academy of Fine Arts in Vilnius in 1989, but abandoned the medium in the mid-nineties. He arranges actions in which he confronts various communities with the artistic world, thus undermining our perception of traditionally understood art. As part of these actions, the artist invited motorcyclists from the Crazy in the Dark club, and the leaders of the Lithuanian neo-fascist group to the Centre for Contemporary Art in Vilnius. He also showed the works of automotive tuning enthusiasts in the museum space. His works are often interpreted as an attempt to show the chaotic reality of post-Soviet Lithuania.

The screenings take place throughout the day during the Museum’s opening hours: 11 am – 7 pm. Admission to the MOCAK Collection exhibitions is free of charge on Thursday. 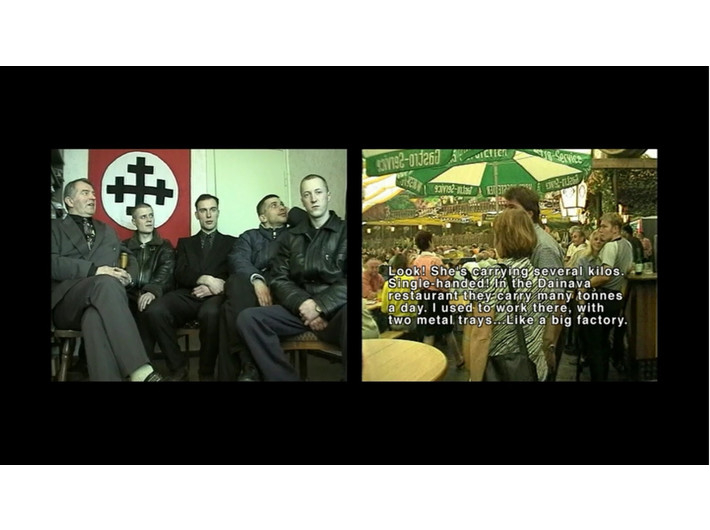