The Birthday of //Political Critique// at MOCAK

The Birthday of Political Critique at MOCAK 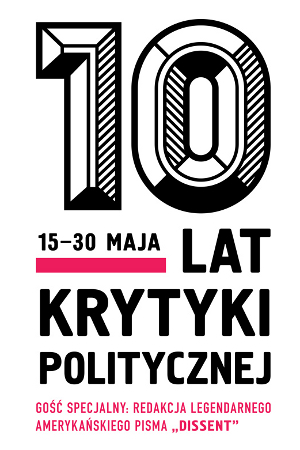 On Saturday 26 May 2012 at 4, ul. Lipowa at 5 pm – to mark the 10th anniversary of the magazine – there will be a debate run by Political Critique and MOCAK, with the participation of the philosophers Michael Walzer and Marshall Berman. The debate will be chaired by the founder and editor of Political Critique – Sławomir Sierakowski.

Michael Walzer and Marshall Berman will be taking on board the most topical contemporary issues such as ethics in the era of diversity and globalisation, democracy and social commitment at a time of prevailing cynicism, interpersonal bonds and the freedom of the individual at a time of social fragmentation and crisis of civilisation. Michael Walzer and Michael Kazin (the latter participating in other debates organised by the magazine to celebrate its 10th birthday) are co-publishers of the independent left-wing political and cultural magazine Dissent.

Entry free.
The debate will be conducted in English.