Paweł Leszkowicz: //The Male Nude in the Culture of the People’s Republic of Poland//

Paweł Leszkowicz: The Male Nude in the Culture of the People’s Republic of Poland 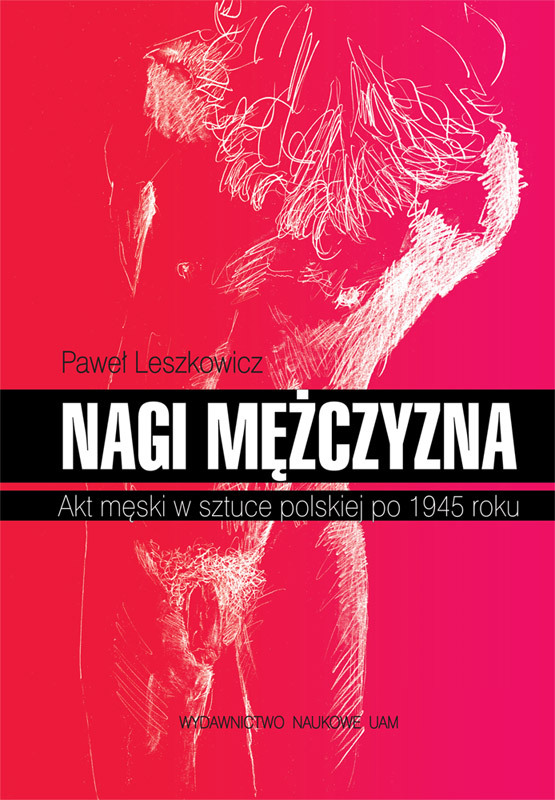 The encounter with Paweł Leszkowicz has been organised by MOCAK Museum of Contemporary Art and the Foundation Culture for Tolerance. It will take place at MOCAK-u on Tuesday 29 May 2012 at 6 pm as part of the project The Rose-coloured Spectacles of the People’s Republic of Poland. Queer Cafe, focused on LGBT issues in the PRL.

A lecture on Paweł Leszkowicz’s new book A Naked Man. The Male Nude in Polish Art after 1945 (Wydawnictwo Naukowe UAM, Poznań 2012). The author will be highlighting the sections of the book that deal with the images and the censorship of the male body in the art and theatre in Poland during the communist era, especially in relation to works presenting a homoerotic and female perception of the male nude.

Paweł Leszkowicz – art historian, curator, lecturer. Works at the Department of Contemporary Art in the Institute of Art History at the UAM in Poznań, lecturer at the Art University in Poznań. Curator of the exhibition Ars Homo Erotica (2010) in the National Museum in Warsaw. Specialises in the history of contemporary art, visual culture and sexuality. The author of a number of catalogues, as well as Art Pride. Polish Gay Art (2010), co-author of Love and Democracy. Considering the Homosexual Issue in Poland (2005).