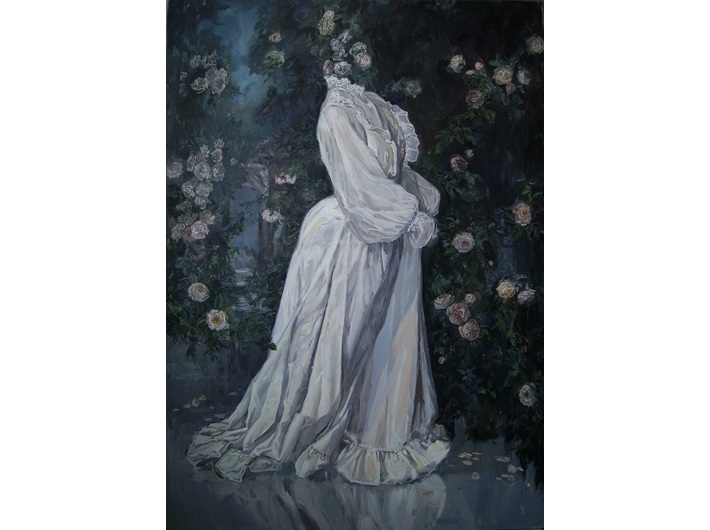 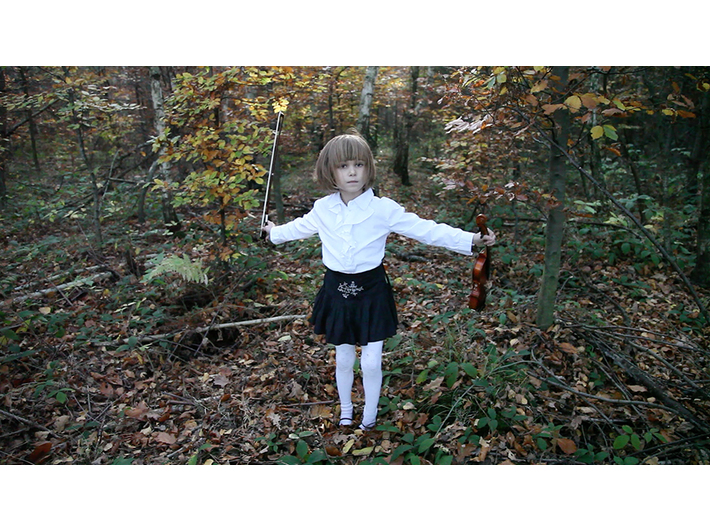 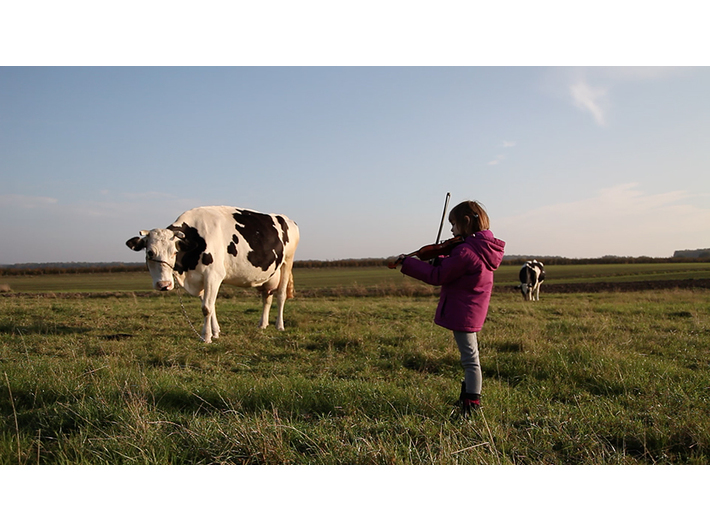 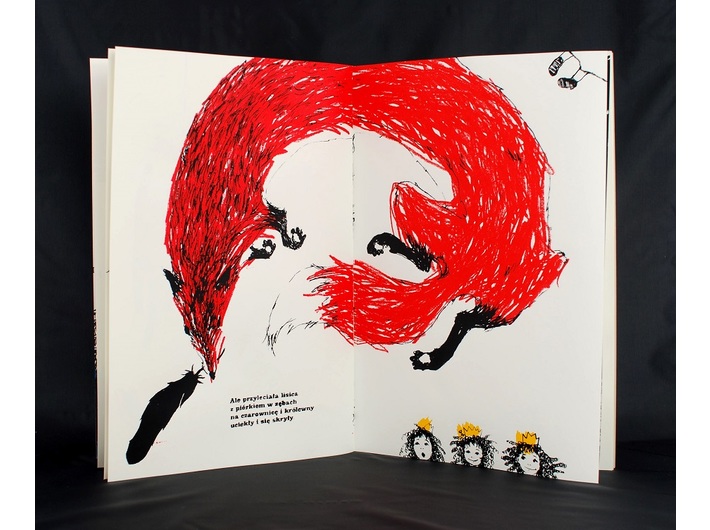 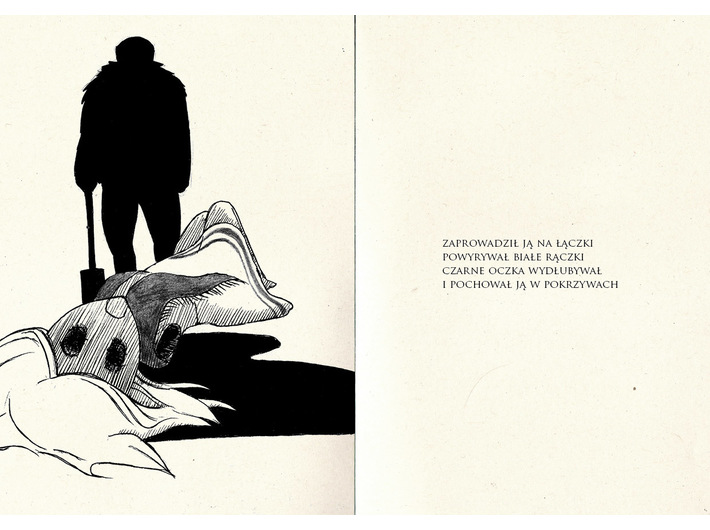 The artist who finds inspiration in literature tries to visualise what the writer has left to the reader’s imagination. The exhibition concentrates on works that relate to narratives in which the world is a place as magical as it is absurd, full of incredible phenomena.

The exhibition Literary Inspirations consists of two parts. The first presents the works of two students of studio graphics – Lena Achtelik, a year 4 student, and Alicja Boncel, who graduated in 2014. Both show the dark but at the same time beautiful world of children’s imaginations. The paintings of Achtelik show scenes from the novel The Secret Garden by Frances Hodgson Burnett. The figures that emerge from the shadows are troubling; they seem borderline dream and real. The installation by Alicja Boncel, composed of video screenings and film props, aims to bring closer the world of Alice, the protagonist of Alice in Wonderland by Lewis Carroll. The artist makes tangible a world unfettered by the laws of logic, where anything is possible.

The second part of the exhibition consists of artists’ books. Their authors – Timur A’loev, Justyna Dorzak, Martyna Gaszczyk-Nowok, Martyna Kurek, Pauliina Nykänen, Urszula Przyłucka-Miozga, Dobrosława Rurańska and Adam Wójcicki – raise on the one hand the aspect of a naïve, childlike view of the world, shared also by some adults, on the other hand, they point to how adults interpret children’s reality. Martyna Kurek, Dobrosława Rurańska, Martyna Gaszczyk-Nowok and Adam Wójcicki relate their works to specific publications – fairy tales by Marek Szołtysek, stories by Etgar Keret, Bernard Kopec and the Brothers Grimm. Whereas Timur A’loev, Pauliina Nykänen and Urszula Przyłucka-Miozga create both the illustrations and the texts in their books. Two artists are more difficult to pigeon-hole: Justyna Dorzak, who illustrates folk proverbs, and Dobrosława Rurańska, who in her book Nie mam pojęcia, co to wszystko znaczy…(I Have No Idea What It All Means…) juxtaposes excerpts of out-of-context dialogues with archive photographs.

The exhibition has been produced in collaboration with the lecturers of the Academy of Fine Arts in Katowice – Szymon Kobylarz (Studio of Painting), Grzegorz Hańderek (Studio for the Interpretation of Literature) and Roman Kaczmarczyk (Studio of Book Graphics).