//Literary Images of the Holocaust//: The Passenger //by Zofia Posmysz //

Literary Images of the Holocaust: The Passenger by Zofia Posmysz 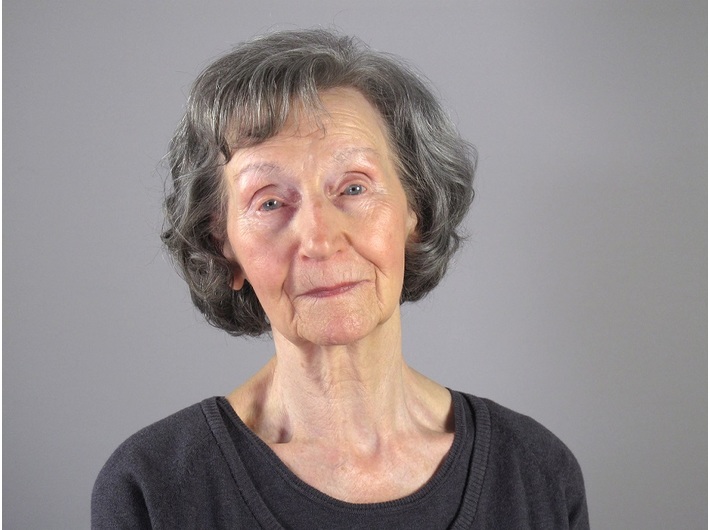 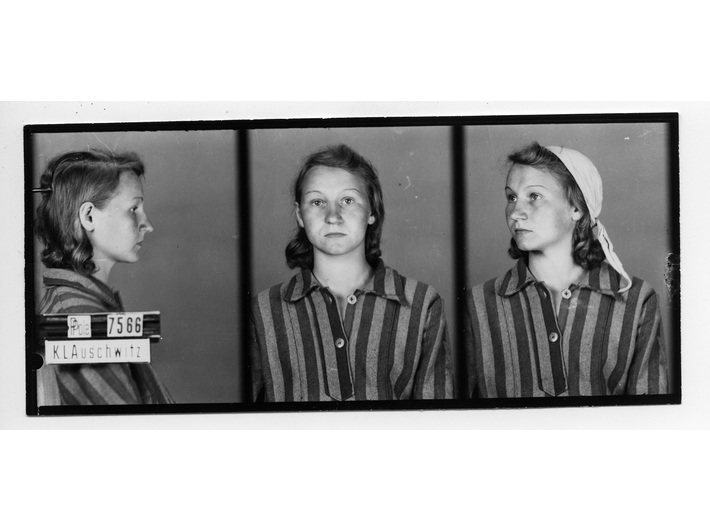 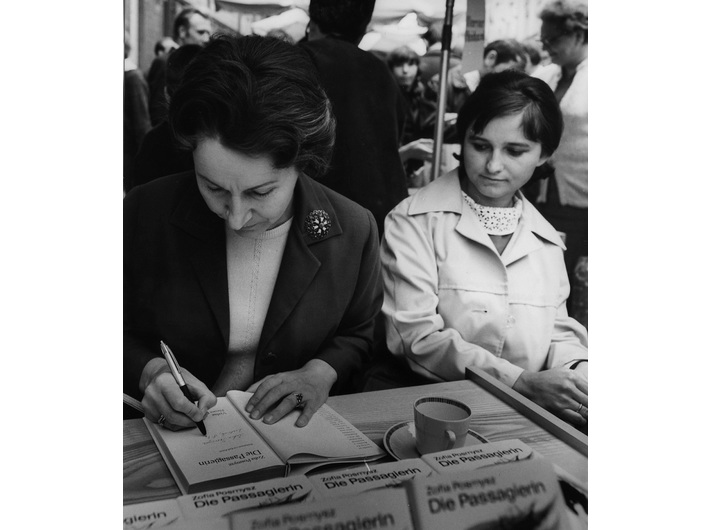 Zofia Posmysz, photo: Maria Anna Potocka Camp photograph of Zofia Posmysz 1942, from the Archives of the Auschwitz-Birkenau State Museum Zofia Posmysz signs the first German edition of The Passenger at the Rostock Book Fair in 1969, from Zofia Posmysz's private archive

The exhibition is part of the programme accompanying the premiere of the opera The Passenger at the Musiktheater im Revier in Gelsenkirchen.

The exhibition presents the life of the writer Zofia Posmysz and her literary works inspired by her experiences in a concentration camp. The presentation will include the first Polish editions of works themed on concentration camps and analyses the writer’s method of work. The focus of the exhibition is her acclaimed novel The Passenger (1962) and its numerous adaptations, including the celebrated film of the same title by Andrzej Munk (1963) or the opera with music by Mieczysław Weinberg, performed throughout Europe and in the USA (composed in 1968 in the USSR, it premiered in 2006).

After the war, Zofia Posmysz devoted her life to being an author and journalist, starting out as a proof-reader at the daily Głos Ludu, followed by many years on the editorial board of Polskie Radio, where she produced radio plays, as well as film scripts and plays for TV Theatre. She meets with and involves young people; her most important literary mission – giving testimony of the Holocaust. This she has realised most fully in her novels showing her experiences of concentration camp.

During 1942–1945 Posmysz was a prisoner in Auschwitz-Birkenau. She twice came close to dying, her life saved in the camp hospital. She worked as a clerk in the kitchen and food warehouse. She survived the death march to the Ravensbrück camp, and spent the final months of the war in the Neustadt-Glewe camp. After the liberation of the camp, on 2 May 1945 she decided to return to Poland.

The exhibition focuses on those works of Zofia Posmysz that relate to concentration camps: the novel The Passenger (1962), that brought her fame, Holiday on the Adriatic (1970) and the stories The Same Doctor M. (1981) and Auschwitz Christ (2008).

The radio play The Passenger in Cabin 45 was produced in 1959, and its novel version The Passenger three years later. One day when in Paris surrounded by crowds of tourists, Zofia Posmysz heard a voice that was deceptively similar to that of her concentration camp guard Annelise Franz. This incident that brought the past back to her made her consider the possibility that victim and the oppressor could meet again and inspired the writer to tackle the challenging topic of Auschwitz. Andrzej Munk persuaded Posmysz to write the script together with him. The action of the film The Passenger takes place on a ship going from America to Europe. The past events that took place in the concentration camp are presented from the point of view of the former camp guard. The sudden death of the director, who had left behind only some finalised sequences in the camp, made The Passenger the last, unfinished work in his oeuvre. The film was completed by a team directed by Witold Lesiewicz in 1963, and Jean-Luc Godard remarked that it was the ‘best film about the war ever made, because it remained crippled and incomplete.’

The Passenger was also used as the basis of an opera set to the music of the renowned composer Mieczysław Weinberg (1919–1996) with a libretto by Aleksander Medvedev. The opera was composed in 1968 and first performed in Moscow in 2006.

The exhibition shows The Passenger as an important voice in the debate on the nature of evil and it emphasises the power of the story told through different media. This approach makes it possible to trace the changes that took place in the work of the writer, who – as time went on – returned to a realistic narrative from the time of the war.

The message of the exhibition is completed by the recording entitled Aufseherin Franz, a fragment of the interview that Maria Anna Potocka made with Zofia Posmysz in 2016, in which the writer recalls her time in Auschwitz. Following on from Wilhelm Brasse, The Photographer 3444: Auschwitz 1940–1944 the film is another production by MOCAK the Museum of Contemporary Art in Krakow documenting the testimony of the survivors. A gala premiere will take place on 26 January 2017 in the Musiktheater in Gelsenkirchen. 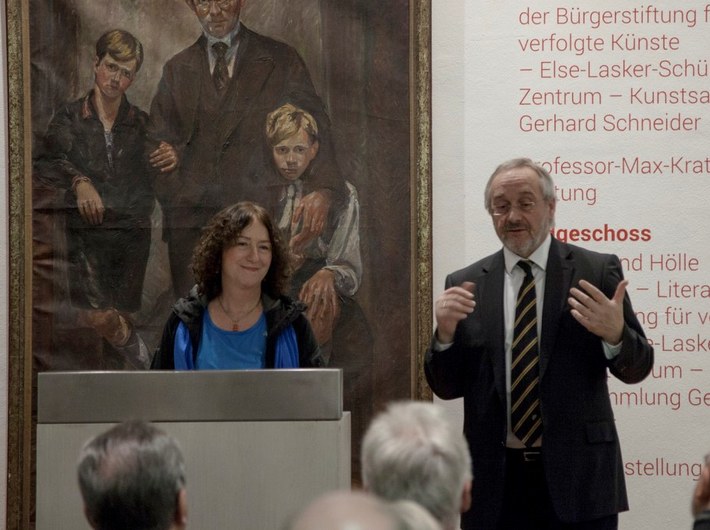 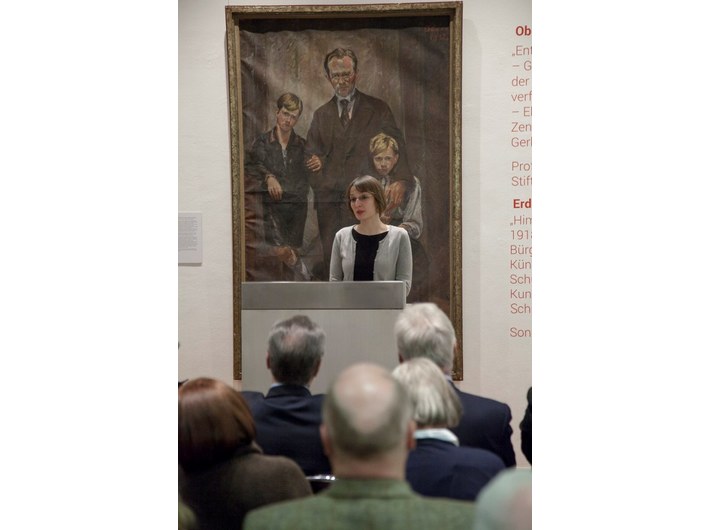 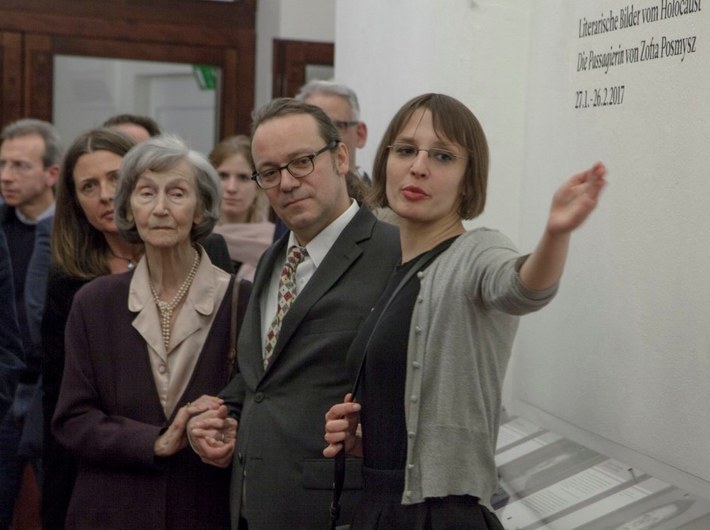 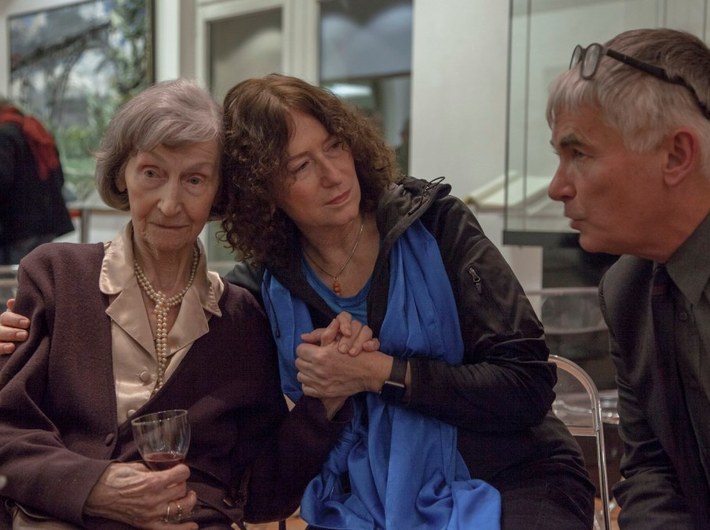 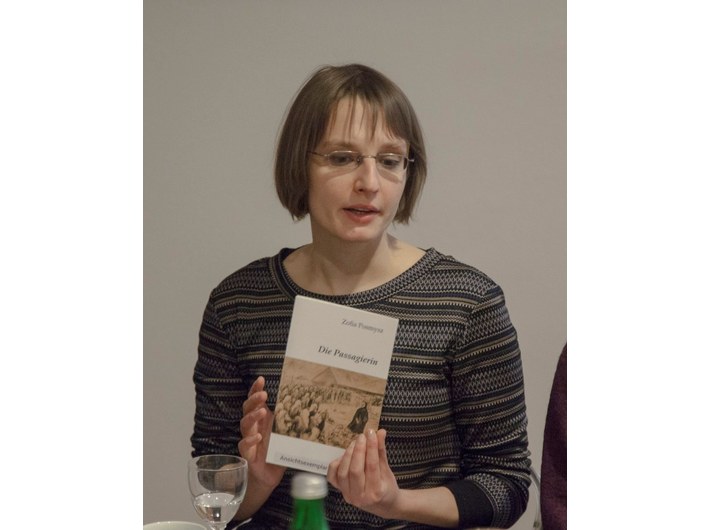 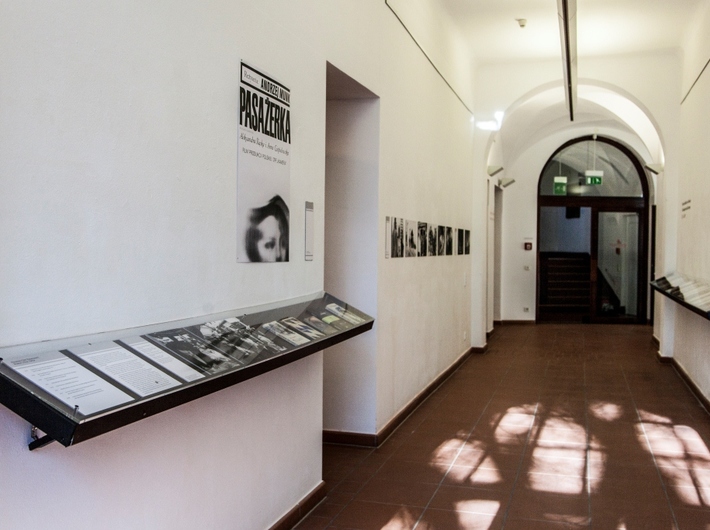 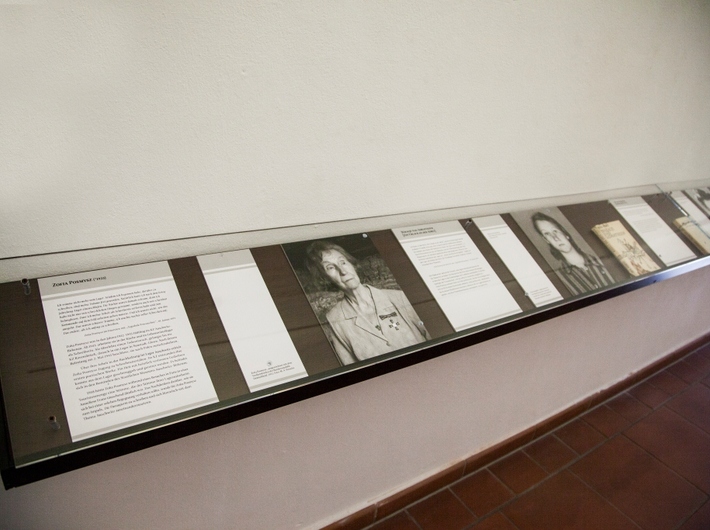 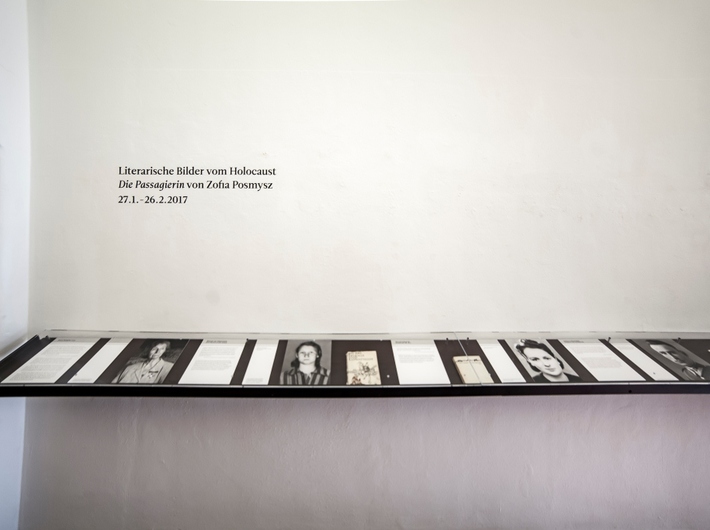 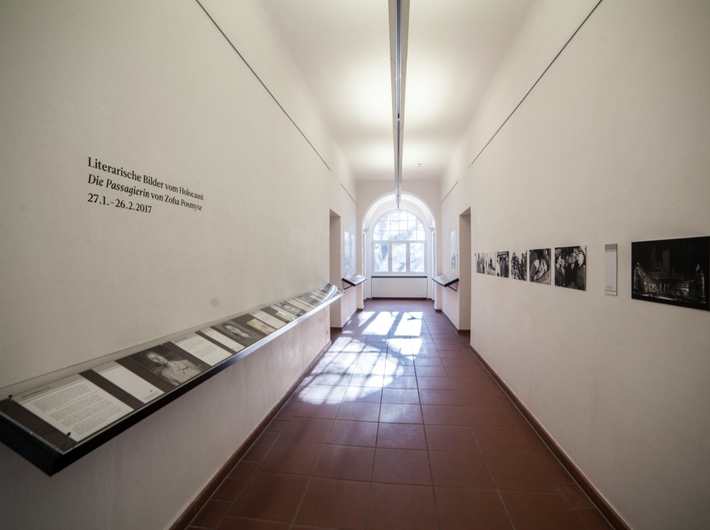 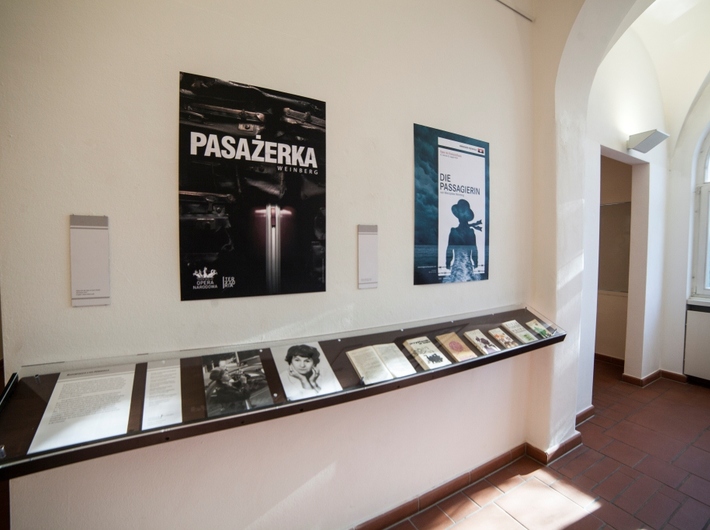 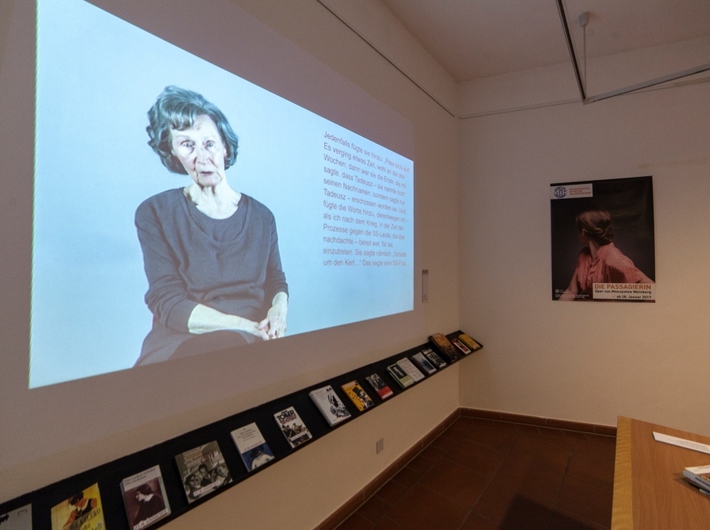 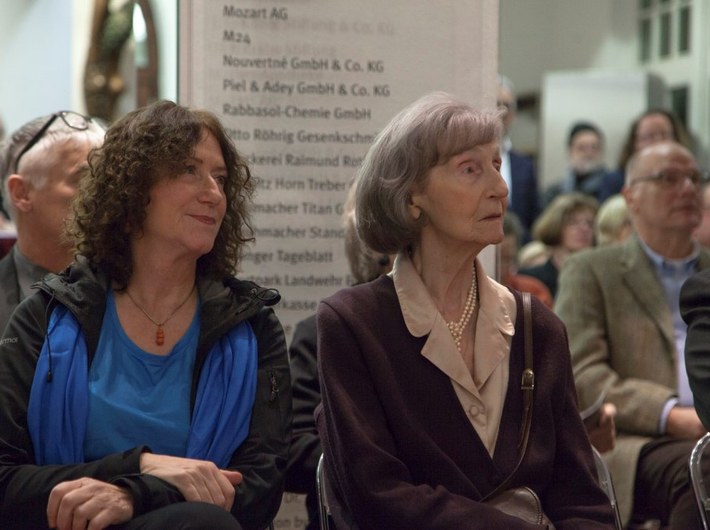