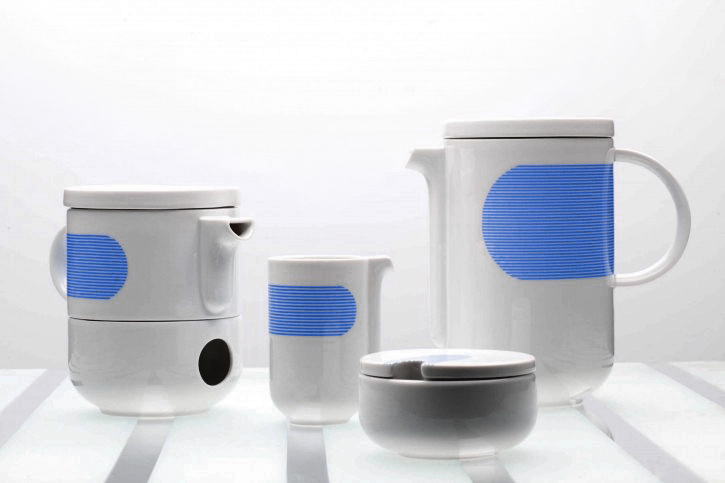 Porcelain is exceptionally brittle and at the same time functional material. Marek Cecuła, a world famous ceramist, designer, artist and educator will talk about it in the context of manufacturing. This outstanding artist and initiator will be accompanied by Inga Kamińska, an economist and reformer. Together with our guests we will try to answer some questions about the design process, industry and manufacturing of such fine objects and sove the secret of porcelain's everlasting popularity.

Marek Cecuła
Ceramic artist, designer, the prize-winner of many prestigious awards, educator at renowned art colleges. In 1978 he settled in New York, where he founded Modus Design studio, which specialised in designing and manufacturing of ceramics. In the years 1985-2004 he was the Dean of the Cermic Department at the Parsons School of Design in New York. He is the Professor at the National College of Art and Design in Bergen, Norway. In the course of over 30 years of its existence Modus Design studio has developed and won international acclaim. Since 2001 it has been working in Poland as well. Currently, the artist is collaborating with the authorities of Kielce on a cultural project, which is a part of a larger revitalisation scheme, financed by the EU.

Inga Kamińska
The President of Polskie Fabryki Porcelany Ćmielów i Chodzież SA. By carrying out a successful restructuring of Ćmielów, Poland's oldest brand, she gave rise to a modern design studio (Ćmielów Design Studio), which combines traditional manufacturing with designers' creativity to make the factory competitive on the global market. A trained economist, she has worked in porcelain manufacturing since 2004.