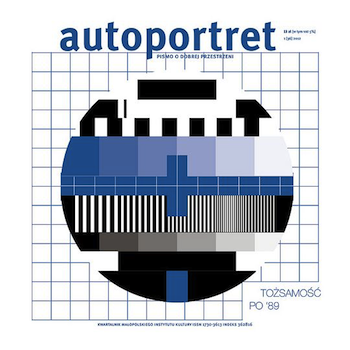 On Wednesday 29 February at 6 pm, MOCAK and Autoportret (ed. by MIK) invite you to a session Contemporary Silesian architecture − Post-1989 Identity. The identity of Silesia, its modernism and neo-modernism – these will be the topics which Dorota Leśniak-Rychlak will be discussing with Przemo Łukasik (medusa group) and Anna Syska (Silesian Centre of Cultural Heritage).

Przemo Łukasik − architect, graduate of the Silesian Polytechnic in Gliwice, holder of a grant from the French Government; worked as an intern in French and German architect design studios (Jean Nouvel Architecture in Paris, P.P. Pabel Architekten in Berlin). In 2008 he was visiting professor at the École Spéciale in Paris. In 1997, together with Łukasz Zagała, he founded the medusa group studio. Many of the buildings designed by the medusa group have received awards: the ‘wasko’ office block in Gliwice, a residential building in Żernica or lofts in an old granary in Bytom. Creator, investor in and user of the now iconic bolko_loft in Bytom.

Anna Syska − architect; works at the Śląskie Centrum Dziedzictwa Kulturowego in Katowice, specialises in the history of 20th-century architecture in Silesia. Her other academic interests comprise the architecture of the Bata company, technical relics and interwar objects, treated as examples of construction following in the footsteps of societal transformations.