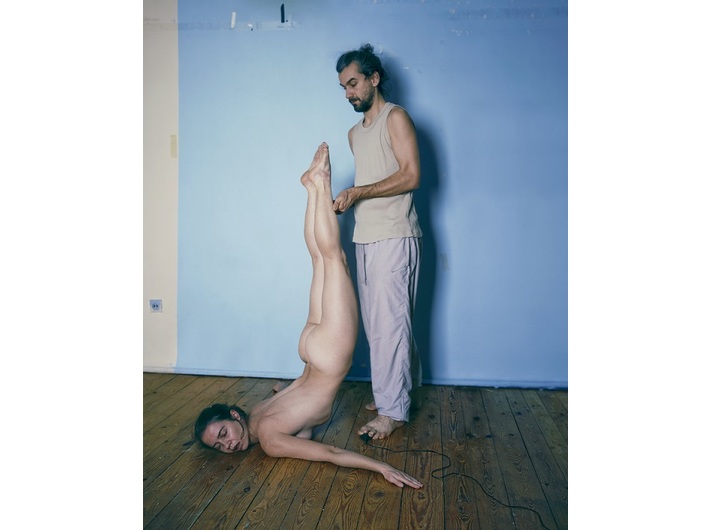 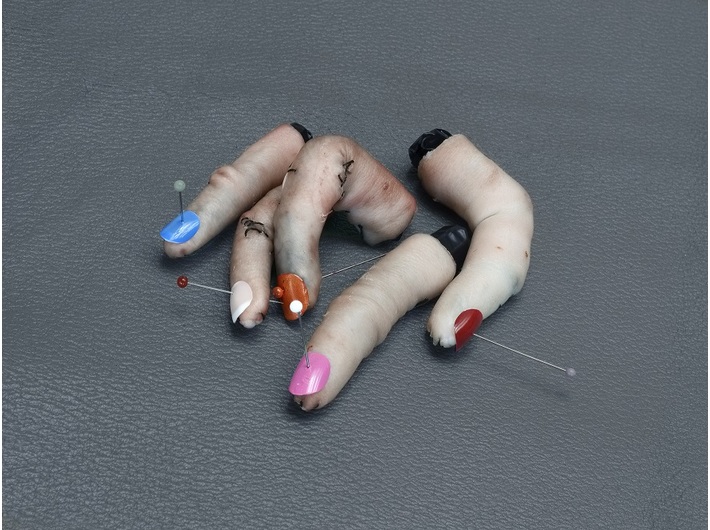 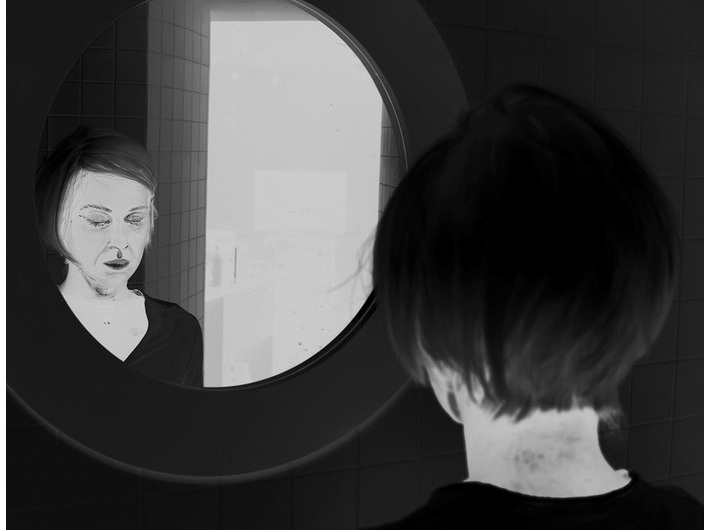 In her pictures, Aneta Grzeszykowska not only depicts the bodies of her multiple avatars, but also makes evident their ostensible, momentary existence, their fading and inescapable death. At times, she goes even further and shows their irrelevance. The exhibition features photographs from series representing various periods of Grzeszykowska’s art, such as Untitled Film Stills, Love Book, Acrobat Book, Negative Book, and Selfie, as well as her film Negative Process, a video documenting her work on Negative Book. The film can be interpreted as Grzeszykowska’s statement on her art, where revealing the technical aspect does not affect the deeper, truly relevant layer.

All that is implicit and obscure in the negative pictures of Negative Book, i.e. the protagonist’s existence as if outside the world—since it is only she, unlike the other people and the surroundings, that remains positive—is disassembled down to the smallest parts in Negative Process. Second by second, we watch Grzeszykowska transform, only to reveal her trick at the end. However, even though exposed, the trick keeps working (such is the power of art, which transcends any technical constraints).

The exhibition shows motifs recurrent in Grzeszykowska’s art, spinning a tale about the body and its various forms of existence. The body is a role (as in Untitled Film Stills, where, incidentally, the role is double: Grzeszykowska impersonates not only imaginary film characters but also Cindy Sherman, who had impersonated them before); the body can be misfitted and rejected (as in Negative Book) or altogether artificial (as in Selfie, where the photographed body parts are made of real skin). And still, whether existing or not, true or mechanically reconstructed, the body is always a selfie of the artist herself, a snapshot of her struggle with existence.

The exhibition is organized as a part of the Krakow Photomonth Festival 2016. More information: www.photomonth.com

Aneta Grzeszykowska (1974, Warsaw)
From 1994 to 1999, she studied in the Graphics Faculty of the Academy of Fine Arts in Warsaw, and since 1999 she has collaborated with Jan Smaga. In 2014, she won the Passport award in the visual arts category, granted by the Polish weekly Polityka. Her works can be found in the collections of the Fotomuseum Winterthur, the Hammer Museum in Los Angeles, the Solomon R. Guggenheim Museum in New York, Centre Georges Pompidou in Paris, and the Museum of Modern Art in Warsaw. She lives and works in Warsaw.