What do Pictures Want? – lecture by W.J.T. Mitchell

On 25 October Professor W.J.T. Mitchell will give a lecture at MOCAK.
Introduction by Łukasz Zaremba, translator of Professor Mitchell’s book What do Pictures Want? The event is part of Conrad Festival. 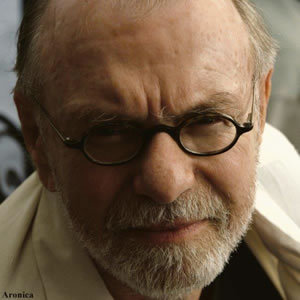 William J. Thomas Mitchell
A prominent professor of English literature and art history at the University of Chicago (Gaylord Donnelley Distinguished Service Professor of English and Art History). During 1988 – 1991 he was the Head of the English Department there. Since 1978, editor of the prestigious periodical Critical Inquiry. His academic work has been focused on the relationship between images and language researched in the context of art, literature and the media. His publications cover a wide gamut of phenomena: from general problems of the theory of representation to particular issues of cultural politics and political culture. He has been awarded numerous prestigious awards and grants (including the Guggenheim Foundation, the National Endowment for the Humanities and the American Philosophical Society). Many of his works have been widely translated into French, German, Dutch, Swedish, Chinese and Japanese. His published works include: Blake's Composite Art (Princeton, 1977), Iconology (Chicago, 1986), Picture Theory (Chicago, 1994), The Last Dinosaur Book (Chicago, 1998), What Do Pictures Want? (Chicago, 2005), Cloning Terror: The War of Images, 9/11 to the Present (Chicago, 2011). He has edited six volumes of essays published by the University of Chicago Press: The Language of Images (1980), On Narrative (1981), The Politics of Interpretation (1983), Against Theory (1985), Art and the Public Sphere (1993) and Landscape and Power (1994).