//Utopian Pulse – Flares in the Darkroom//. Undrawing the Line

Utopian Pulse – Flares in the Darkroom. Undrawing the Line

This is the first work by the collective Undrawing the Line – founded in Sydney by Mona Moradveisi, Safdar Ahmed, Zanny Begg, and Murtaza Ali Jafari – whose members are from refugee and non-refugee backgrounds. Their collaboration aims to challenge prejudices against refugees and to build connections between refugees and Australian citizens.

The Waq Waq Tree is an early mediaeval symbol of utopia, which originates in Indo-Persian lore. As a utopian concept, Waq Waq much preceded the imaginary ideal island which Thomas More described in his work Utopia (1516). Evocative of a reality after a deluge, the Waq Waq tree grows from the water and sprouts human fruits that can foresee the future. In this version, the fruits have the faces of the authors of the project. We can see a world in anaglyph 3D of nomadic birds and flying creatures. Anaglyph 3D disrupts signals between the left and the right eye, providing glimpses of an imaginary future without borders.

The 3D glasses can be borrowed from the Museum’s reception. 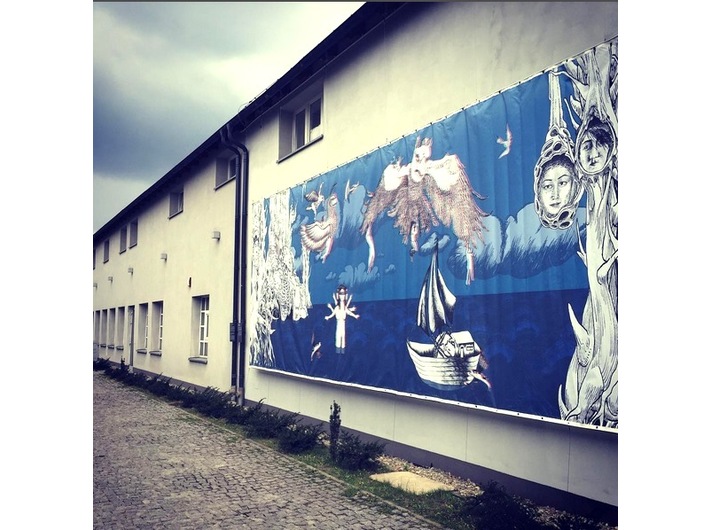 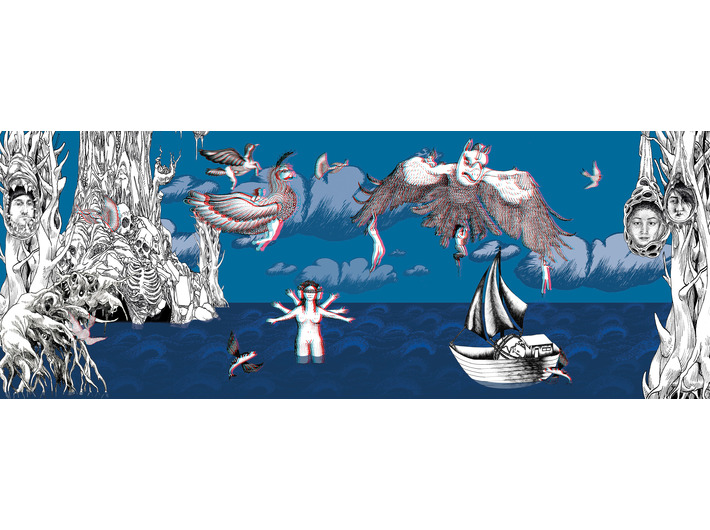