Oreet Ashery, The World Is Flooding, 2014

The starting point of the work is Vladimir Mayakovsky’s drama Mystery-Bouffe from 1921, written to commemorate the anniversary of the October Revolution – an ironic, moralist synopsis of the history of mankind from the Great Flood through the feudal times to the Revolution – depicting the struggle of the Clean (bourgeoisie) and the Unclean (proletariat). The former have failed to achieve the promised social equality and, having created an apparent democracy, continue to exploit the latter.  In his foreword, Mayakovsky implied that the drama had a universal message and that the directors should adjust the content to suit their contemporary circumstances. He thereby assumed that – regardless of the political epoch – salvation through politics is a utopia.

The author of the banner is making a stance against class inequality. Into the story, she has introduced a symbolic character, the Eskimo, whom she presents as a political ingénue. The newcomer sticks his finger in the ground, discovering the hole (the crisis) and the flood that represents everything that is overflowing: emotions, demands, traumas. The boat that makes salvation possible is akin to Noah’s Ark: only the privileged will be able to come aboard. 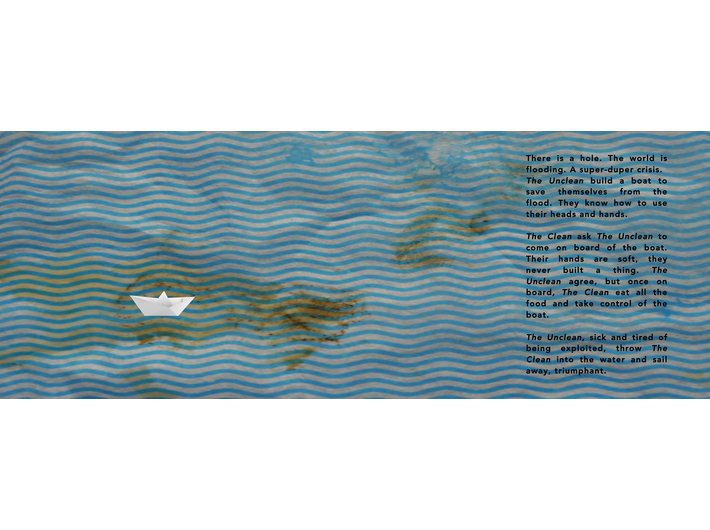 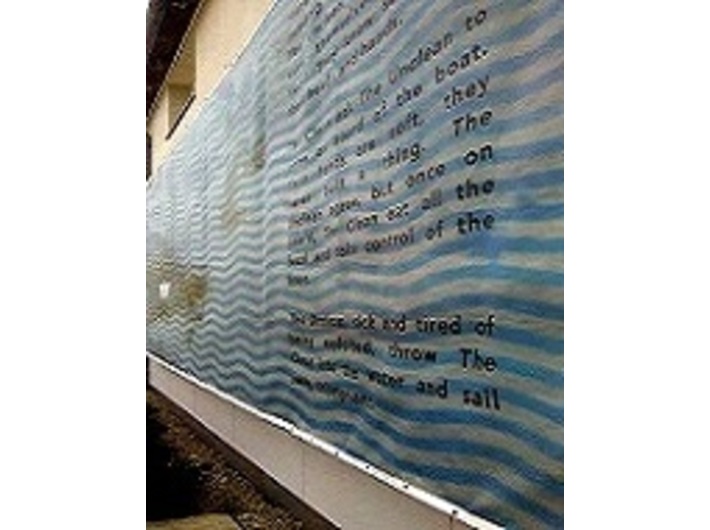