//Thursdays with the Artists from the MOCAK Collection//. Krzysztof Wodiczko

Thursdays with the Artists from the MOCAK Collection. Krzysztof Wodiczko

To mark the 10th anniversary of the opening of MOCAK, we have launched a new series of film screenings entitled Thursdays with the Artists from the MOCAK Collection. In the audiovisual hall throughout the day during the Museum’s opening hours we show interviews with the artists whose works are in our Collection.

In September and October MOCAK will present an interview with Krzysztof Wodiczko, in which the artist describes his experiences of working with socially excluded groups. This special edition of Thursdays with the Artists from the MOCAK Collection accompanies the Krzysztof Wodiczko project The Sky Above Krakow: LGBT Speak Out: Drone Performance on Rynek Główny, which will take place during 24–26 September 2021.

Krzysztof Wodiczko >> (1943, Poland / USA)
Object, social intervention, projection in public space. He is the author of numerous multimedia works raising social issues, such as homelessness and migration. In his projections in public spaces he confronts the most painful problems of a particular community. He creates works based on the close interaction of three components, adapting the image and the subject of the message to the specific building or monument on to which it is projected. 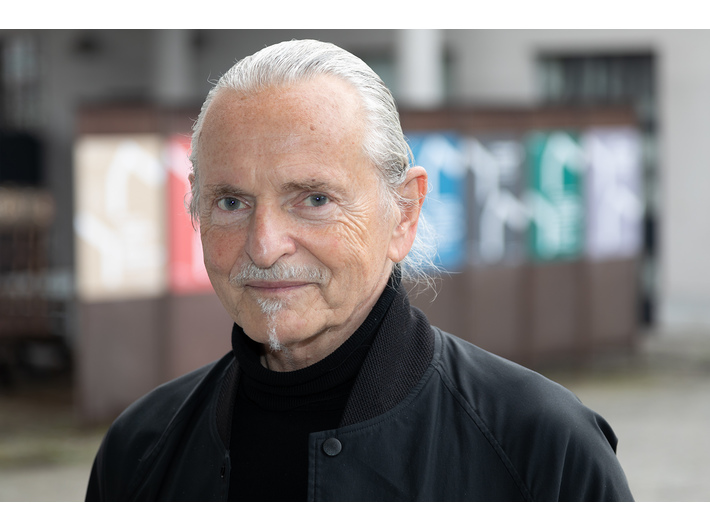