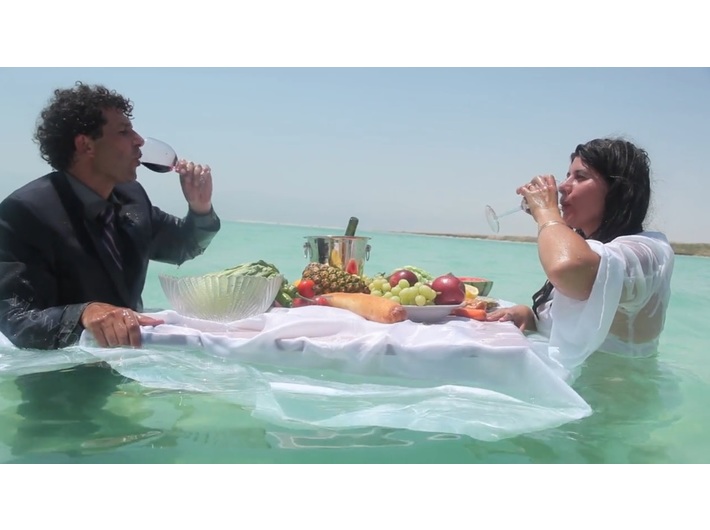 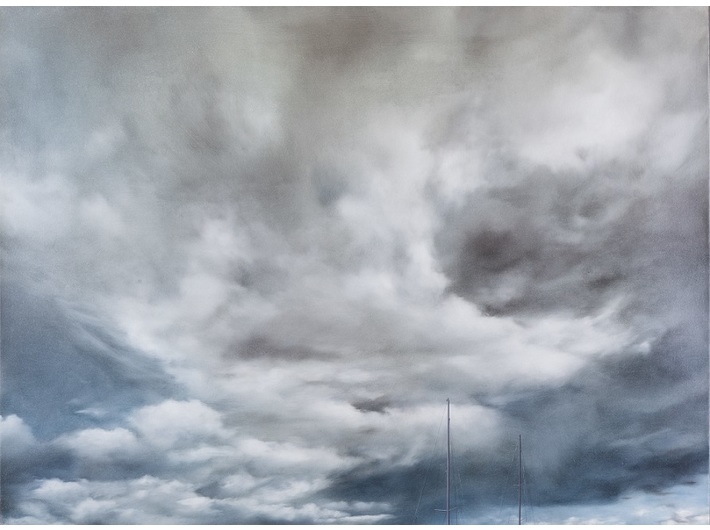 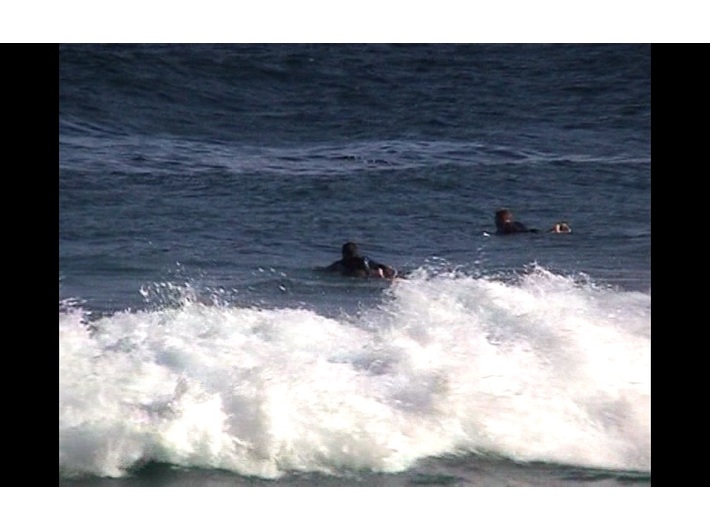 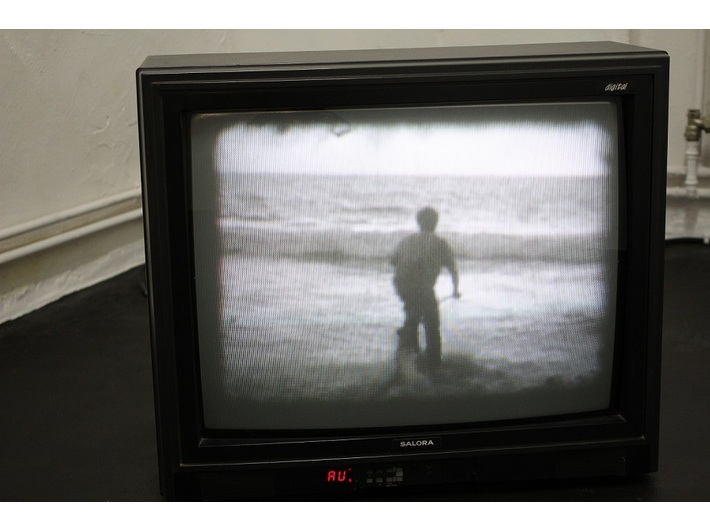 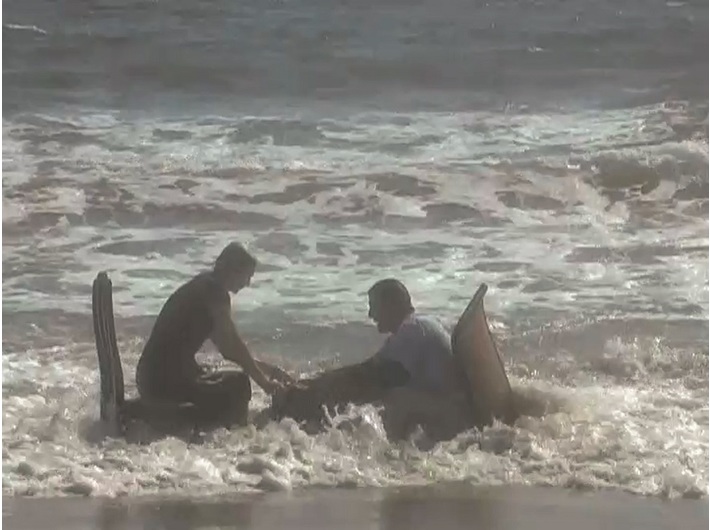 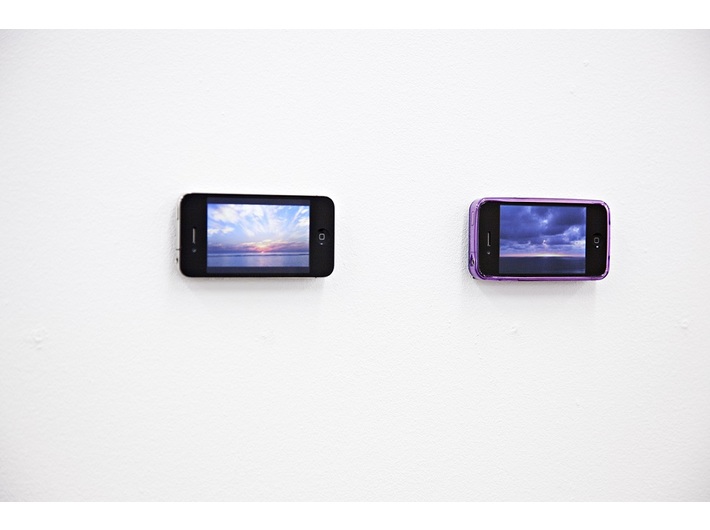 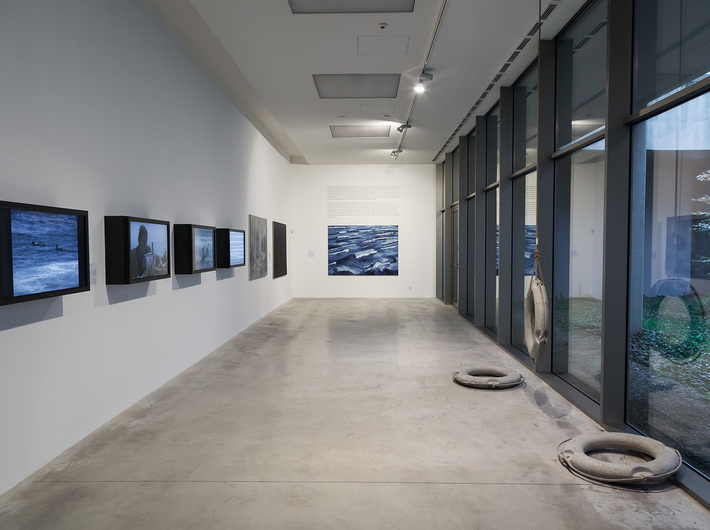 The motif of the sea has been present in art and literature for centuries. The presentation in Alfa Gallery shows a variety of works executed in different media by contemporary artists from Poland and other countries, who have been inspired by this theme.

The starting point are the works in the MOCAK Collection: Beat Streuli’s video Tamarama Surfers – shown floating on the Pacific Ocean, the painting by Maya Gold entitled Maritime (27) –  a landscape painted from an original perspective, and some objects – concrete lifebelts by Oskar Dawicki entitled Final Resort. These are complemented by other works themed on the symbolism of the sea, including the Lido, a video documentation of the performance by Magda Buczek that regularly takes place on the beach of the Italian island. The action is also recorded by a further two works: Veaceslav Druta and Mary Beth Heffernan trying to read books whilst seated on the sea, whereas in Salt Dinner, Nezaket Ekici and Shahar Marcus dine together on the Dead Sea. In her video The Navel Of The World Sigalit Landau also refers to this location, so important for Israelis. We are also showing two works by David Horvitz – Newly Found Bas Jan Ader Film, about Dutch conceptual artist Bas Jan Ader, and the video installation The Distance of a Day, which records the shared experience of a mother and a son, both watching the sunrise and sunset, at the same time – but in different parts of the globe. Finally, there are paintings of seascapes of no more than waves: a painting by Edward Dwurnik from the series Blue, and Justyna Smoleń’s Afterimage.

The presented works form two groups: one based on playing with the traditional marine painting with its focus on the expressive and aesthetic potential of the sea, and the other, in which the sea is neither the object of study nor the main protagonist but rather the backdrop for the action. The exhibition shows the symbolic potential of the sea, with its associations of unpredictability, infinity, the beginnings of life, turbulent passions, interpersonal relationships, unfettered freedom, purification, solitude and rebellion.