//The Polyphony of the Holocaust//. An event accompanying the exhibition //7 Places //

The Polyphony of the Holocaust. An event accompanying the exhibition 7 Places

On Wednesday, December 9 at 5 pm you are invited to an online meeting devoted to publication Polyphonie des Holocaust. Stimmen zur Erinnerungskultur [The Polyphony of the Holocaust].

The event accompanies the online exhibition Seven Places in Germany and the Worldwide Culture of Remembrance. MOCAK is a project partner.

The Polyphony of the Holocaust raises the question of the visual presentation and interpretation of the Holocaust. The Museum has asked philosophers, historians, literary scholars, psychiatrists, artists, curators and writers to address the questions that seem the most important today – such as the memory of and the manner of describing the Holocaust, as well as the limits of creative freedom in dealing with this topic. This is thus not a book about the Holocaust as such but rather about a sense of responsibility for it, as seen through the eyes of leading Polish and international intellectuals.

The German edition is based on the Polish edition from 2018. Understandably, we wanted a wider representation of German thinkers. We also introduced some new texts written by artists, while making the decision to limit the number of

The publication in Polish and in German is available in MOCAK Bookstore and online. 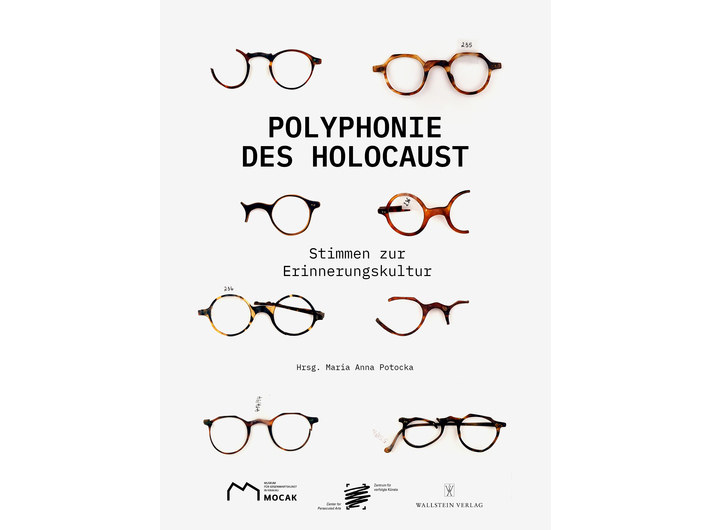