The opening of the exhibition //A Return Visit. Dali at the Pendereckis//

The opening of the exhibition A Return Visit. Dali at the Pendereckis 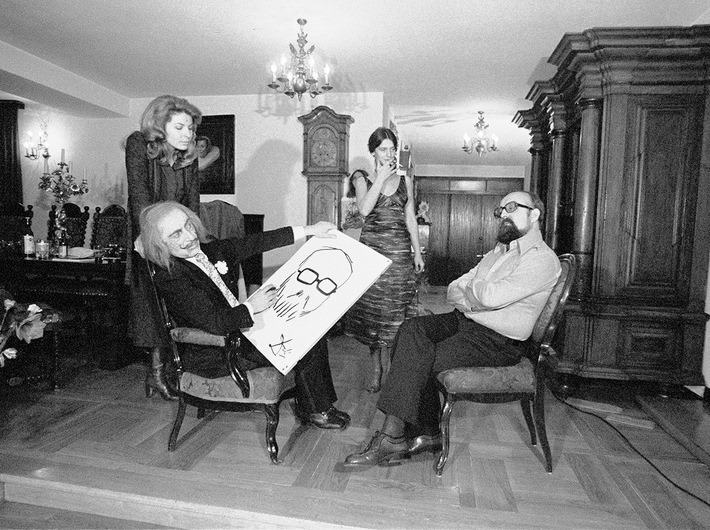 To celebrate Krzysztof Penderecki's 80th birthday The Museum of Contemporary Art in Krakow has prepared an exhibition of photographs from Marian Eile's archive. The opening of the exhibition A Return Visit. Dali at the Pendereckis will take place on September 28 at 6 p.m. in Karol Szymanowski's Philharmonic in Krakow during a concert opening the new artistic season 2013/2014.

In the mid-1970s, Marian Eile made a series of photographic works. These mostly involved narratives consisting of pre-arranged scenes. The sessions with the participation of Elżbieta and Krzysztof Penderecki were shot in their home in Krakow. Włodzimierz Mancewicz played Salvador Dali, with Anna Arvay as his wife; she also took the shots. A few dozen series were made.

The exhibition will be shown until December 22 2013 in Sala Złota. It will be open to visitors during concerts.

The tickets for the concert are available at the Philharmonic.

Information about the exhibition:
http://www.mocak.pl/marian-eile-rewizyta-dali-u-pendereckich