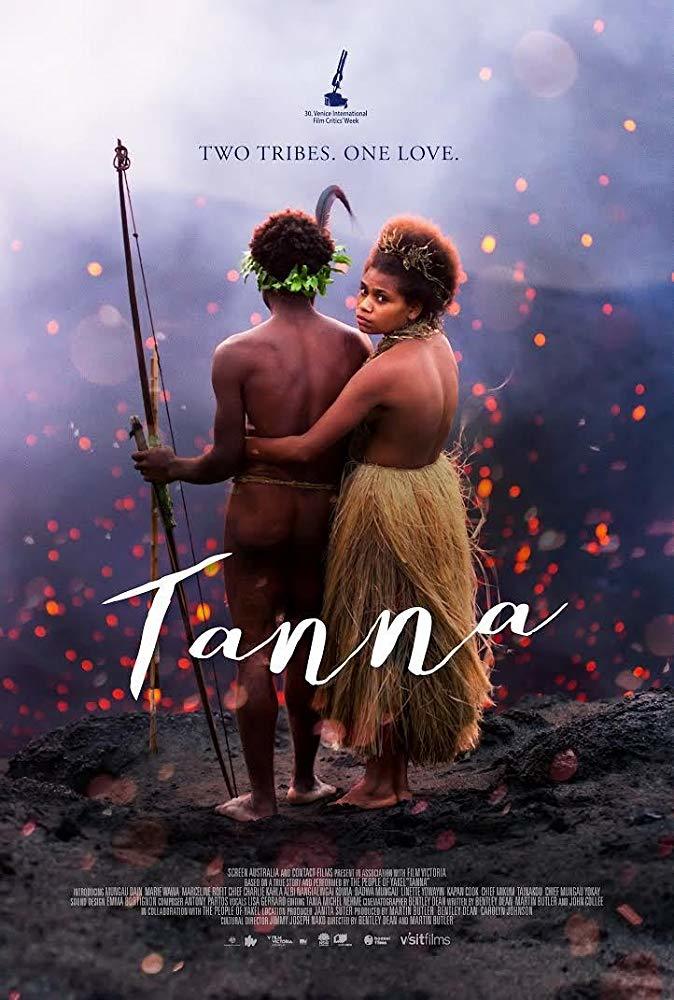 Tanna, an extraordinary Australia/Vanuatu co-production, is a Romeo and Juliet story set in one of the world's last true tribal societies. It is the first feature film shot entirely in the South Pacific nation of Vanuatu, in a village called Yakel. The people of this remote community, high in the mountain rainforests near a spitting volcano, truly wear grass skirts and penis sheaths and have rejected colonial and Christian influences in favor of their traditional and pure "Kastom" system of laws and beliefs. Their customs and lifestyle have changed little for centuries. Before Tanna, they had never before seen a movie or a camera, yet welcomed the filmmakers to live with the tribe for seven months where they absorbed stories and observed ceremonies, with the input and collaboration of the local people. None of the 'cast' had ever acted before, but astonishingly, they passionately and naturally re-created this real-life story from recent tribal history as if they had had years of training. Tanna is a spectacularly lush and exotic film that is Australia's submission for the Academy Awards Best Foreign Film of 2017. The movie recently won the Directors Guild of Australia award for Best Director. Earlier, the movie premiered at the Venice Film Festival this past fall, where it won the Audience Award in the International Critics Week sidebar as well as the Best Cinematography prize.

Full Programme of the Summer Cinema at MOCAK >>