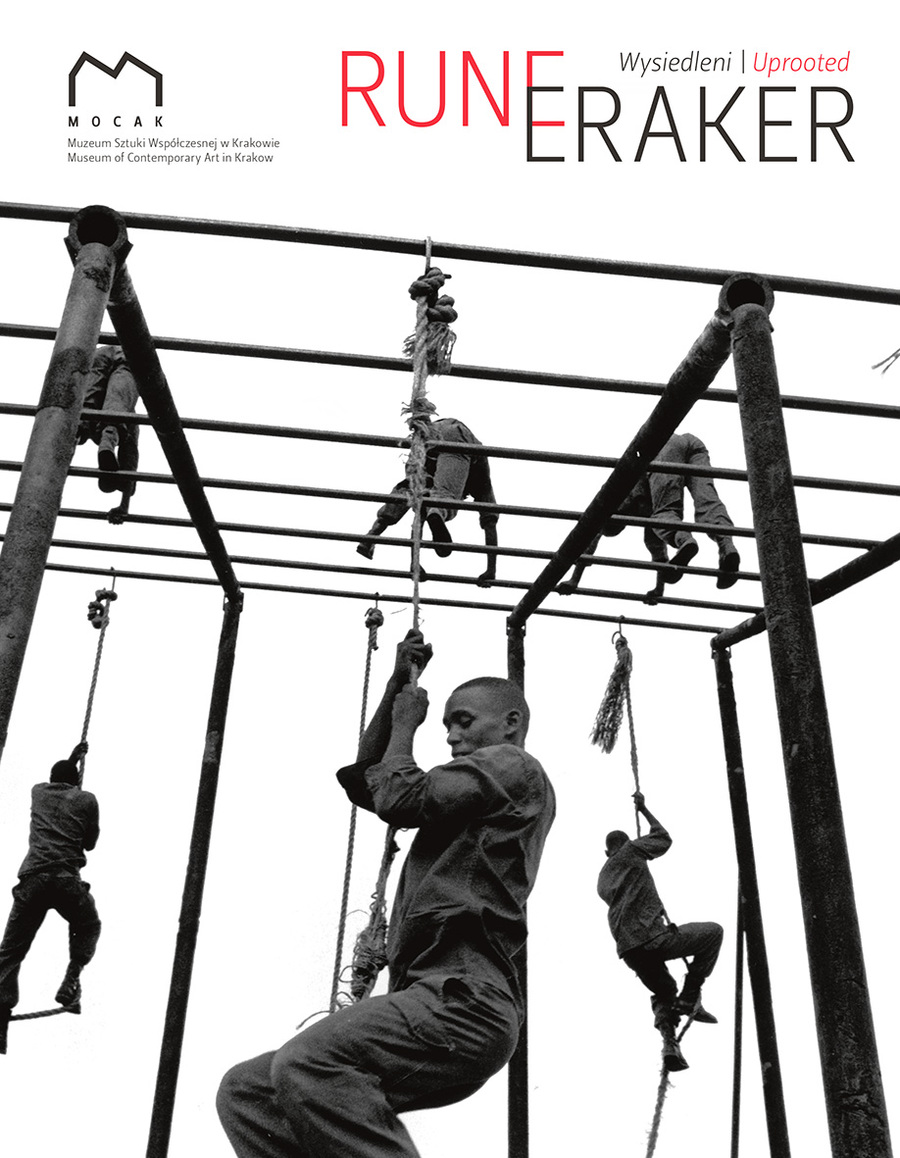 The catalogue presents a series of black-and-white photographs titled The Smell of Longing. The photographs, which have been taken since 1988, document Eraker's travels in 22 countries, ravished by war, political repression and hunger. They are an attempt to address the reasons why people are forced to abandon their roots and seek shelter in a foreign country. Documenting everyday situations from their lives against the backdrop of tragedy and war, the artist focuses on the causes of exile.

Rune Eraker (b.1961) – a documentary photographer. Since 1990 a member of Hollandse Hoogte photo agency. He chairs the editorial team of the “Norwegian Journal of Photography”. In 2002 he was awarded American prize Society for News Design for the series The Democratic Republic of the Congo and in 2009 he was named 'Freelancer of the Year' in Norway. Rune Eraker's photgraphic series are strongly embedded in the aesthetics of classic European photojournalism.

Rune Eraker spent a long time working on his cycle The Smell of Longing. The series began in the late 1980s and was made available in 2005 in album form, alongside stories written by Gunnar Kopperud. Its subjects are forgotten or local conflicts in Africa, South America, Asia, and Europe. The Norwegian photographer is interested in the partisans, soldiers, and refugees in the areas affected by these conflicts. Eraker’s sole photographic technique is black-and-white, in small and occasionally panorama format. His working methods hark after the humanistic photojournalism of 20 or more years ago – the time when many press photographers were still doing what looked like photojournalism. The style of his photographs also recalls the best years of the Magnum agency – full frames with black negative borders in which the form of the developed image has not been excessively modified during the darkroom
procedures. The wide-angle lens that Eraker often uses does not break up the perspective or make the situation more vibrant, as in
contemporary photo coverage, but is rather a natural extension of the photographer’s eye, always positioned very close to the event being captured.