Shahar Marcus’s works The Boxer and The Curator can be found in the MOCAK Collection. The artist will be talking about his life and art as well as present fragments of his most acclaimed performances and video works.

Shahar Marcus (b. 1971) – Israeli artist, best known for his performances and video works. His early works focused on discovering the limitations of his own body. The artist employed different ephemeral materials such as dough, juice or ice, using his body as a tool or a platform on which to carry out the experiments – setting it on fire, lying on a table, or putting on a bread ‘suit’.

Food matters in Marcus’s works; bread is a recurrent motif – a symbol of emphemerality and survival, often juxtaposed with the militaria. Using such an indurable material as food and transforming it into clothing, Marcus takes up a dialogue with art history, transforming objects and materials into something immortal.

Shahar Marcus views the history of his country with tenderness laced with irony, reflecting on his own legacy, the natural environment and on how historical narratives are created. His works are influenced by the language of cinematography and a tribute to artists such as Ives Klein, Paul McCarthy, Peter Greenway and Jackson Pollack.

Shahar Marcus has been active as an artist for more than a decade, and has exhibited in art institutions, both in Israel and around the world, including: Tate Modern in London, Israel Museum in Jerusalem, Tel Aviv Museum of Art, Petach Tikva Museum of Art, Kunsthal Charlottenborg in Copenhagen, Moscow Biennale, Poznań Biennale, Moscow Museum of Modern Art, The Hermitage in Saint Petersburg and at other art venues in Poland, Italy, Germany, Georgia, Japan, the USA  and Turkey. Many of his works are a part of museum collections.m

Free entry. The talk will be in English. 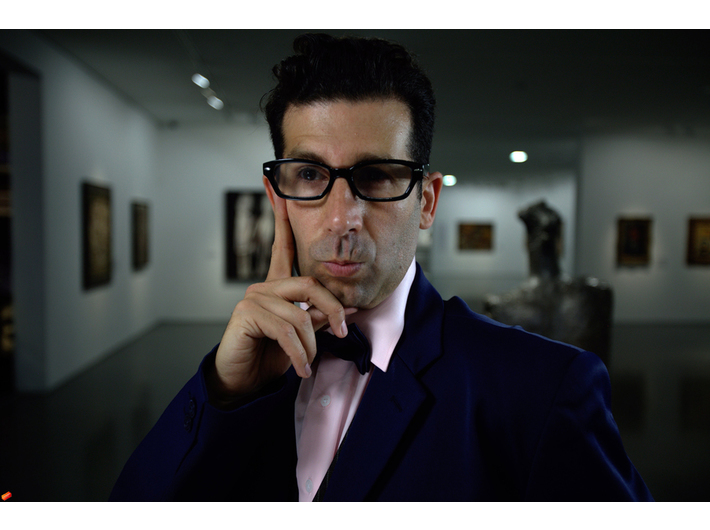