//Kichka. Life Is a Cartoon// at the Krakow Film Festival

Kichka. Life Is a Cartoon at the Krakow Film Festival

During this year’s 58th Krakow Film Festival the Polish premiere will take place of the documentary Kichka: Life Is a Cartoon, directed by Delfina Jałowik, produced by MOCAK the Museum of Contemporary Arts in Krakow and the Center for Persecuted Arts in Solingen. The screening will take place as part of the section Polish Panorama, outside the competition.

28 May 7 pm, Kino pod Baranami, blue room
After the film you are invited to meet the director Delfina Jałowik and the producer Jürgen Kaumkötter.

Kichka: Life Is a Cartoon is a documentary, with the protagonists Henri Kichka and his son Michel. This is a story of a difficult relationship between son and father – a witness to and victim of the Holocaust. The camera accompanies both men as they travel through Belgium, France and Israel. From what they say it becomes clear that the Holocaust did not affect only its immediate victims but also their heirs. Despite the gravity of the topic, the film is full of warmth and hope. 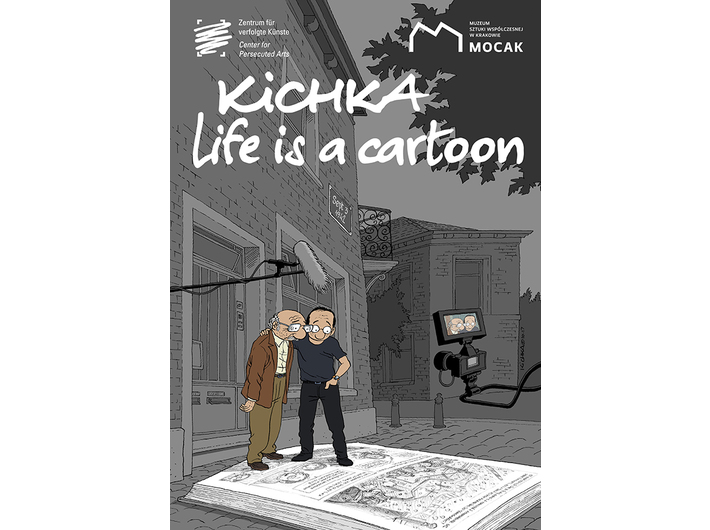