I Am a Drop in the Ocean: Art of the Ukrainian Revolution 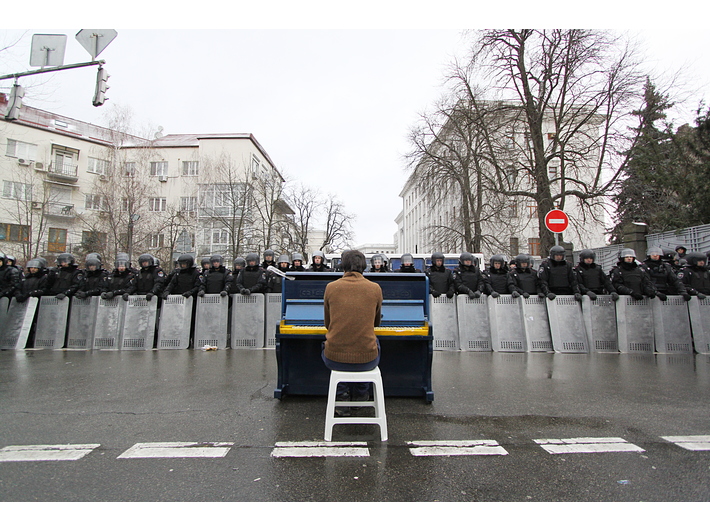 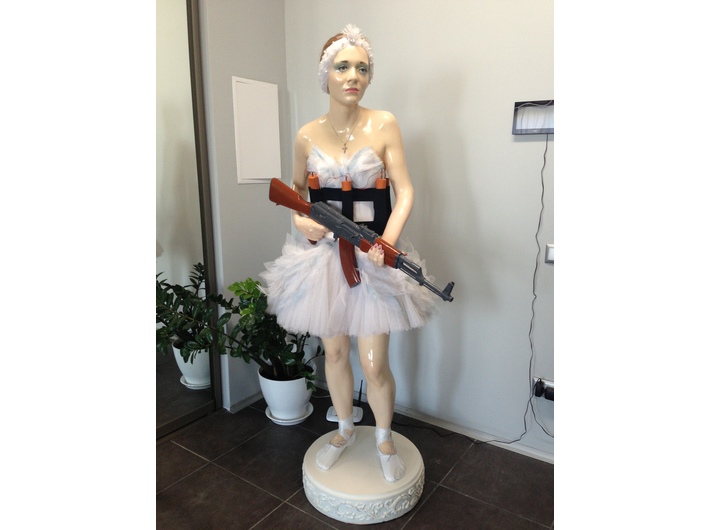 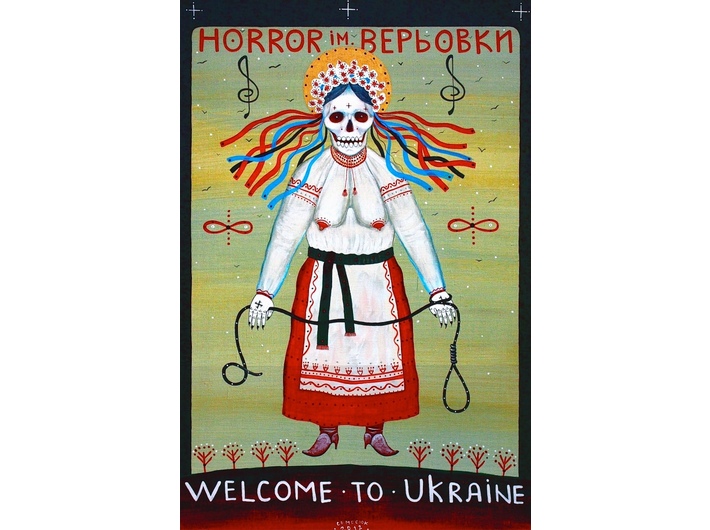 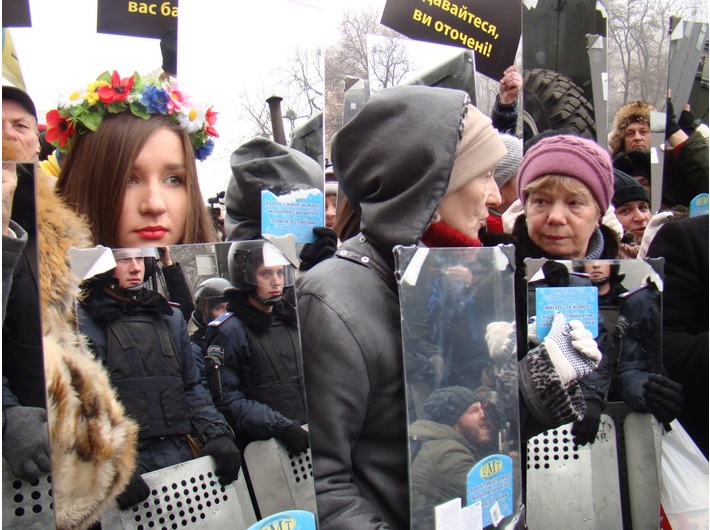 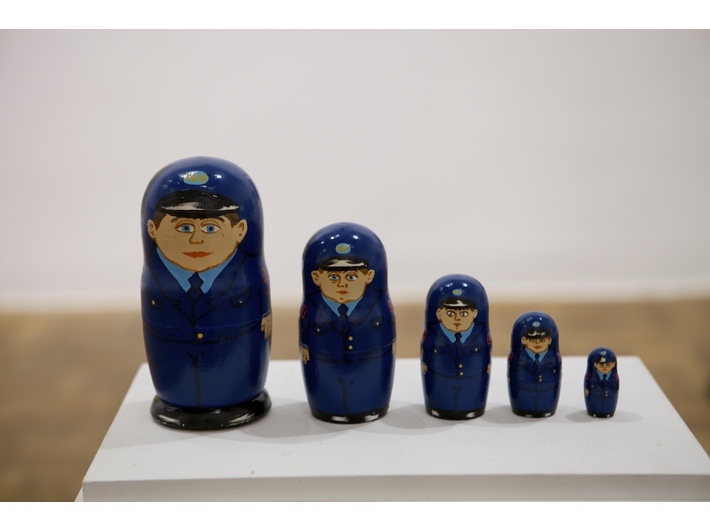 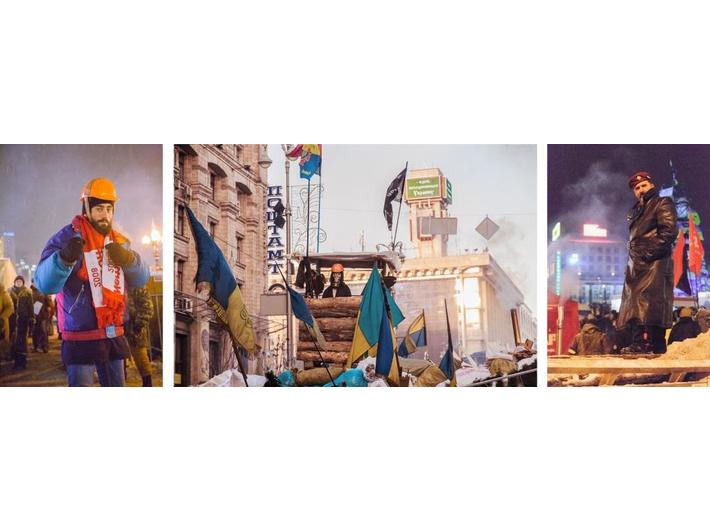 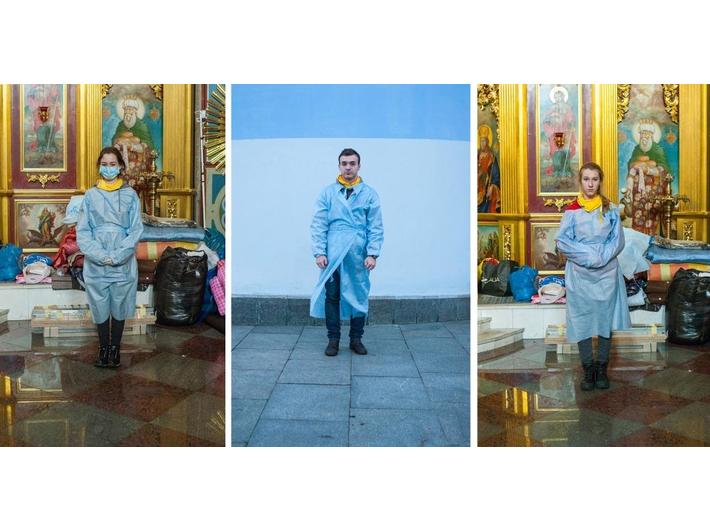 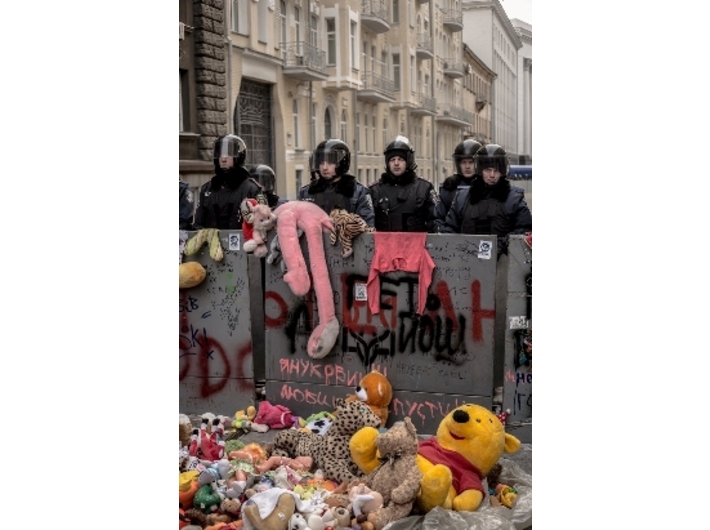 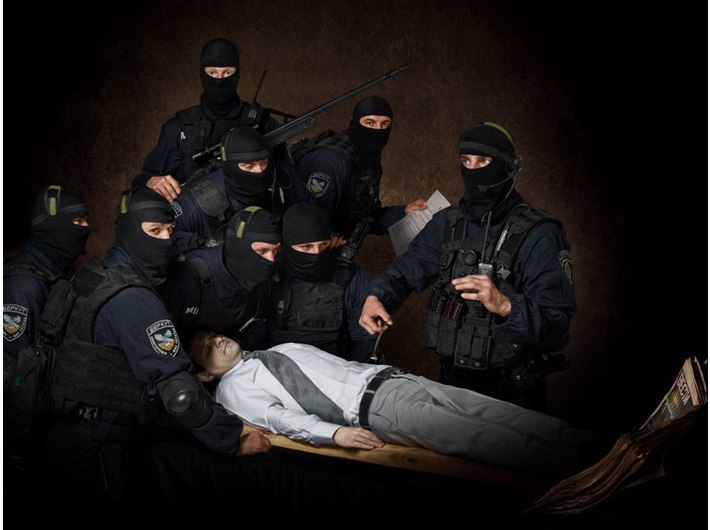 On 21 November 2013, the protests began on the Maidan, Independence Square, in Kiev. They were the response to Victor Yanukovych failing to sign a Ukrainian association agreement with the European Union. The intransigence of the ruling party and the brutality of the militia acting on orders from the authorities led to the radicalisation of the prevailing mood. The protest, originally envisaged as a manifestation of support for the European option for Ukraine turned into opposition to the internal policies and corruption. Finally, the Maidan demanded that the President step down.

At all times, art accompanied the protests; it was a sphere of freedom, an expression of resistance to Russian influence in the corrupt state. Artists created their works at the Maidan, exhibited them there, designed posters and organised performances.

The title of the exhibition refers to one of the slogans of the Ukrainian revolution. Its message is that no single person is enough to change the system; however, a determined collaboration of individuals guarantees an effective impact on the course of events. The photographs and paintings presented at the exhibition provide a critical commentary to the social and political situation in Ukraine, whereas video works and banners, documenting performance actions, demonstrate the context in which specific works were created. The artists take a negative view of the government’s actions and bemoan the situation where Ukrainians are egged on to fratricide and show an analogy between today’s political reality and the civil war of 1918–1921.

The exhibition was previously shown at the Künstlerhaus in Vienna and in November it will be taken to New York.

Sponsor of the exhibition