//Holy War// – launch of a new book by Wojciech Wilczyk

Holy War – launch of a new book by Wojciech Wilczyk

On Thusday 15 January at 6 pm come to the launch of Święta Wojna (Holy War) – a new book by Wojciech Wilczyk, one of the leading Polish documentary photographers. The participants in the event will include Wojciech Wilczyk (photographer, art critic, poet, essayist) and Magdalena Zych (the Institute of Ethnology and Cultural Anthropology, the Jagiellonian University). Host: Justyna Nowicka (Radio Kraków). 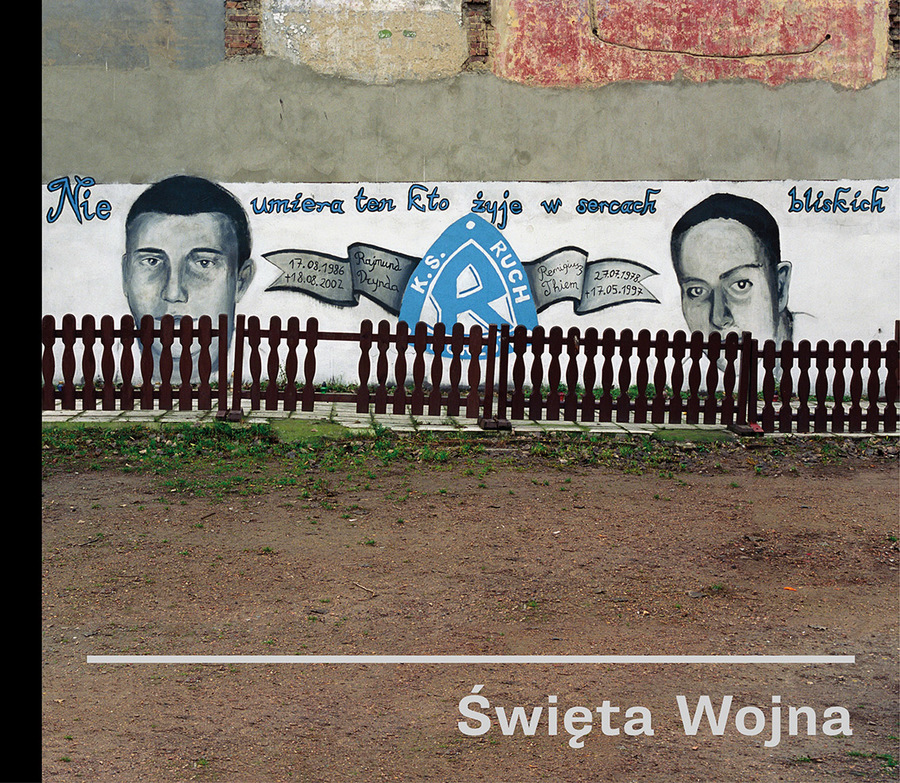 During the last five years, Wojciech Wilczyk has been photographing football fans’ graffiti in Krakow, Upper Silesia and Łódź – everywhere, where the greatest conflict occurs between supporters of rival football teams. The resultant 391 full-colour photographs are more than a record of a social phenomenon, which to many is merely an insular subculture that merits little attention. Wilczyk’s camera transforms football fan graffiti into a question posed about the state and awareness of the whole society, quick to acquiesce in aggression, xenophobia and racism. The coarse slogans and the graphically elaborate murals, in which national pride and a sense of chivalry blur with anti-Semitism and incitement to violence, raise new reflections not only on the exclusion of entire social groups but also on the values on which the Polish political policies have been founded over the last twenty five years.

The publication includes texts by Professor Joanna Tokarska-Bakir and Anna Zawadzka, PhD, which provide an anthropological and cultural commentary on the project, interpreting it as a vivisection of the Polish society as we know it. In turn, the essay by Adam Mazur places Holy War in the context of Wojciech Wilczyk’s entire body of work.

The book has been published jointly by  Karakter and Atlas Sztuki Gallery. It accompanies an exhibition of the same title, which can be seen in the gallery in Łódź from 5 December 2014 until 16 January 2015. During 2015, the exhibition will also be shown at BWA in Olsztyn, at Labirynt Gallery in Lublin and in BWA in Tarnόw.

The event will be conducted in Polish. More info in Polish >>>