We regret that Herta Müller will not be coming to Krakow on 27 June for the opening of her exhibition. The artist’s performance has been transferred to September. Her non-attendance is due to the cancellation of her Lufthansa on account of a computer malfunctions caused by overheating.

On Thursday, 27 June, 6.30 pm, we would like to invite you to join us in our audio-visual hall to meet Herta Müller, laureate of the Nobel Prize in Literature, who will be presenting her collages.

The event will take place during the opening night at MOCAK. One of the exhibitions scheduled to open on this day is a presentation of Müller’s works, Where One Cannot Speak. Word as Image, Image as Word (Beta Gallery).

At the exhibition we present dozens of the collages by Herta Müller, which she created during 2005–2018. This is the first-ever presentation of these works in a museum of contemporary art.

The writer has created an unique format of visual poetry, governed by the format of a postcard. The compositions are pivoted on text complemented by image. With her condensed metaphors Herta Müller captures the reality and her impression of it. The exhibition is part of the series in which we bring closer complex individualities – writers, philosophers and scientists, who also create visual works.

Visitors participating in the meeting will be able to purchase the book accompanying the exhibition at a discount price. The publication includes translations of over 80 of Müller’s collages into Polish and English, reproductions, an interview with the author and essays by, among others, Michał Rusinek, Christina Rossi and Maria Anna Potocka. At MOCAK Bookstore, you will also find other publications about the Nobel winner as well as her books. 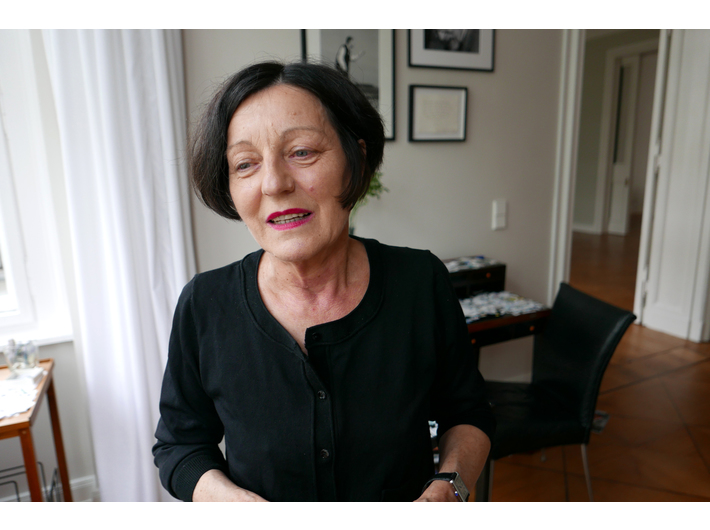