Guided tour of the Julian Opie exhibition with the artist himself

Guided tour of the Julian Opie exhibition with the artist himself

On Saturday 18 October at 1 pm we would like to invite you to a guided tour of the exhibition Sculptures, Paintings, Films with the participation of Julian Opie and curator Delfina Jałowik. Admission included in the price of the ticket. No need to pre-book. The tour will be in English.
In this exhibition by one of the most renowned contemporary British artists, MOCAK will be presenting new works, the majority of which have been prepared especially for the exhibition in Krakow. The overall theme is individuals and the nature that surrounds them.

Julian Opie has created his own way of drawing, characterised by its sparse line and simplicity. The artist has invested with new meaning the traditional media –  sculptures, paintings and films, combining them with use of technology. In processing imagery from his surroundings, Opie employs computer techniques and animation. In his paintings, the observed reality has been reduced to a language of basic elements.

The black-and-white works that represent nature appear in the exhibition as animated LED paintings and wall drawings. Portraits of friends, collectors and strangers use the technology of mosaics, vinyl paintings, 3D printed sculptures, animated LCD and LED paintings.

Julian Opie (b. 1958) – lives and works in London. He studied at the Goldsmith’s School of Art (London). The artist makes paintings, sculptures, films and installations in public spaces. He is well known for his album covers including the album of the British group Blur Blur: The Best of (2000). 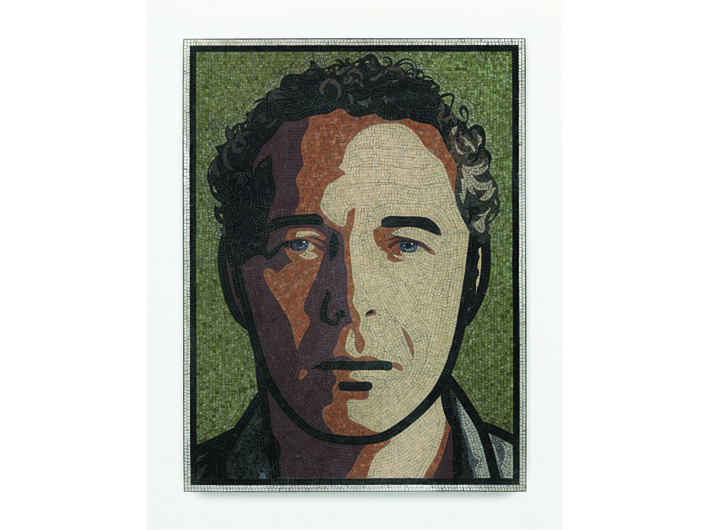 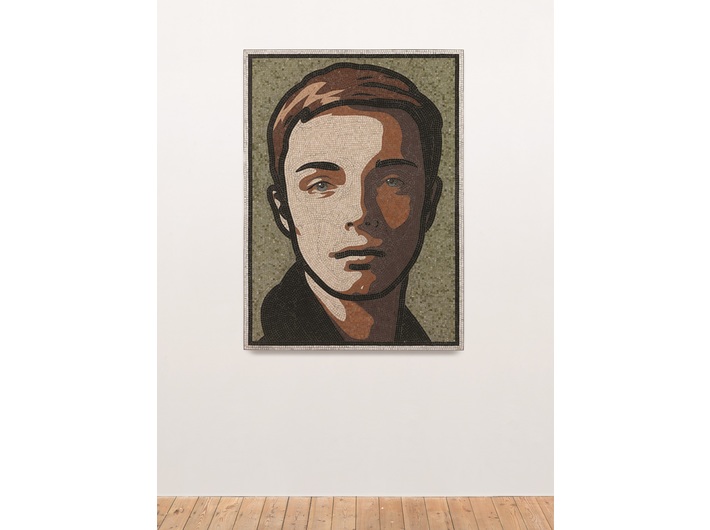 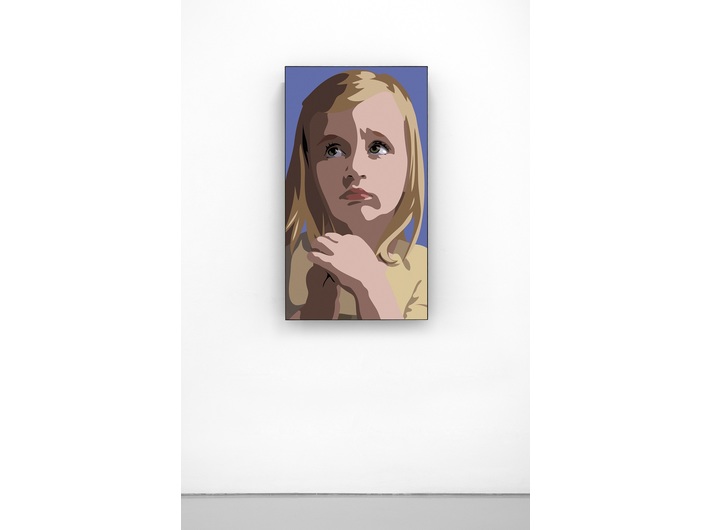 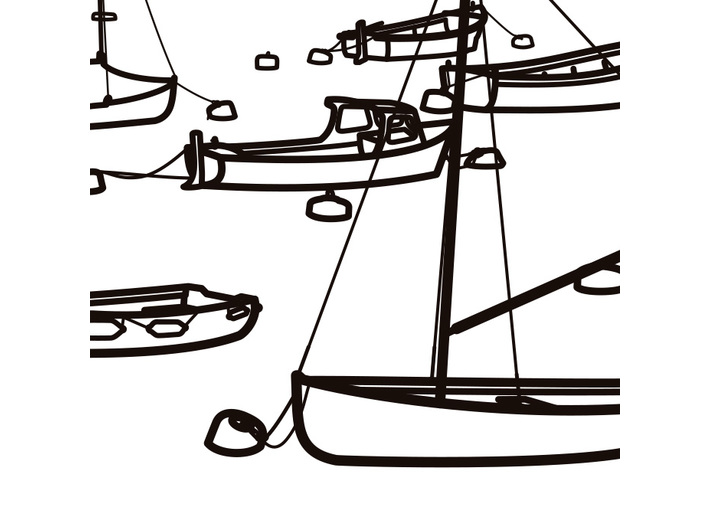 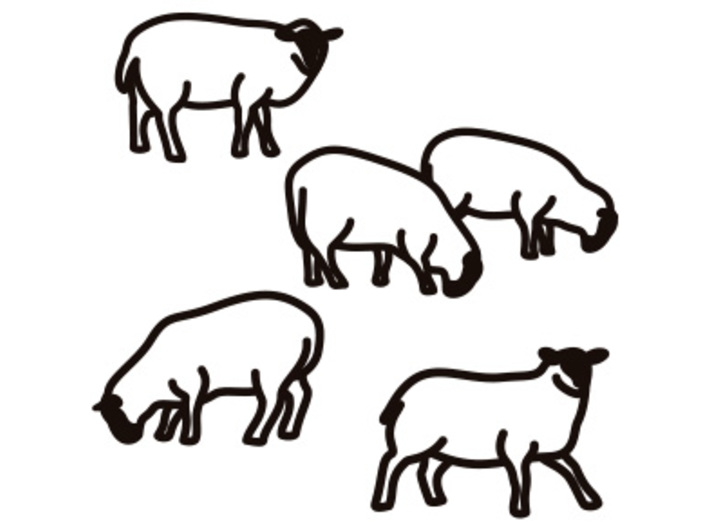 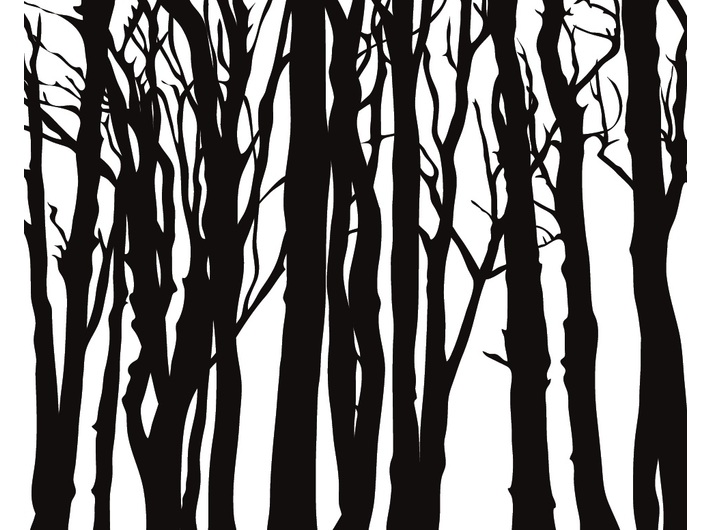 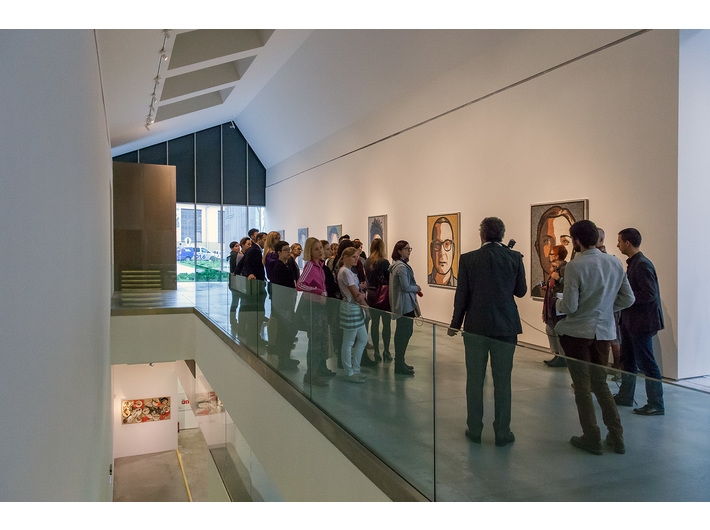 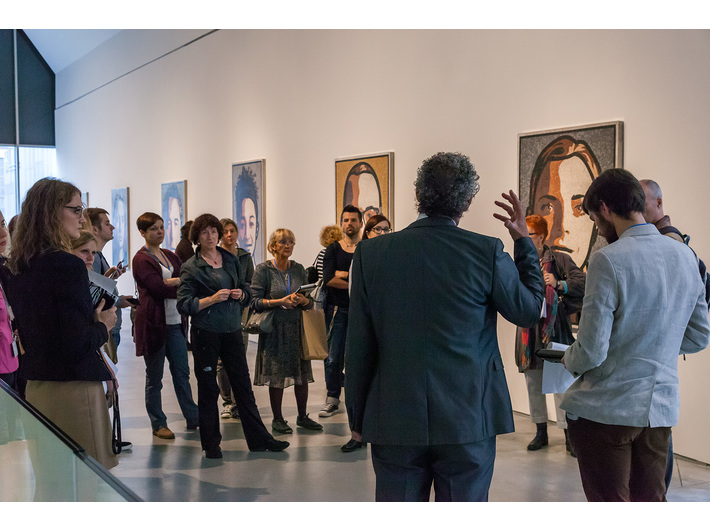 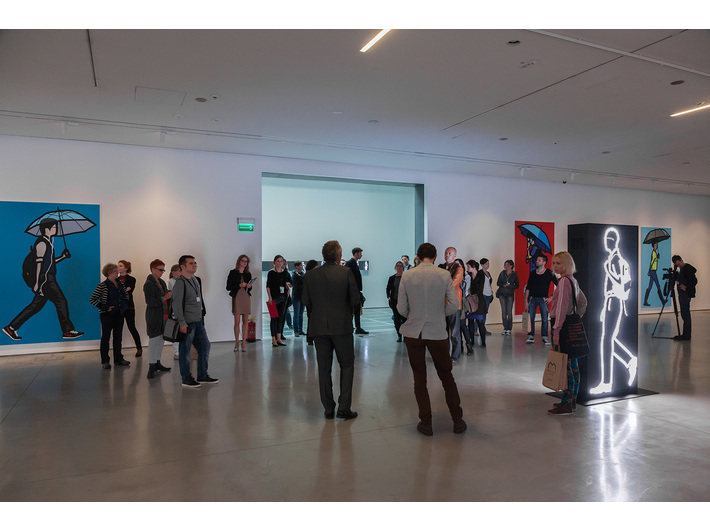