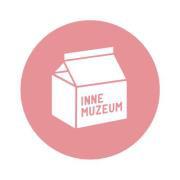 Aleksandra Janus and Dorota Kawęcka will outline the historical background of the transformations that museums underwent in the second half of the 20th century as well as pinpointing the sources of new museum models that appeared at the time. The speakers will devote particular attention to ecomuseology – a trend that advocates a holistic approach to the protection of biological and cultural heritage, while at the same time putting to good use the initiative of the local community. Thanks to the grass-roots, democratic character of such projects and the emphasis on the idiosyncratic character of a given locality – something beyond the brief of a traditional museum –the concept of ecomuseology has gained enthusiasts all over the world.

Aleksandra Janus – a postgraduate student at the Institute of Ethnology and Cultural Anthropology at the Faculty of History of the Jagiellonian University, co-author of the blog innemuzeum.pl. Awarded the ‘Diamond Grant’, a programme run by the Ministry of Education and Higher Education, as part of which she has been carrying out a research project on visitors in Polish history museums. In the last few years, she has spoken at a number of conferences, both in Poland and abroad, including: MuseumNEXT (Barcelona, 2012), Museum and the Idea of Historical Progress organised by ICOM-COMCOL (Cape Town, 2012) and Participatory Strategies in Documenting the Present (Berlin, 2011). As a specialist consultant, she was responsible for overseeing the Social Archives theme as part of the Culture Festival 2.0 STATUS: citizen (National Audiovisual Institute, 2012) and, together with Alicja Peszkowska, she carried out the Booksprint project Share Your Heritage: New Technologies vs the GLAM Sector; which resulted in a publication of the same title.

Dorota Kawęcka – graduate intheatrology at the UJ, a student on the International Master’s Degree Programme in Museology at the Reinwardt Academy in Amsterdam. Awarded a grant under the Ryoichi Sasakawa Young Leaders Fellowship Fund (Sylff) and the Huygens Scholarship Programme. Awarded the ‘Diamond Grant’, a programme run by the Ministry of Education and Higher Education, as part of which she has been carrying out a research project on Polish ecomuseums. On the innemuzeum.pl blog and in her frequent public addresses she promotes the use of new technologies in enhancing the participative potential of the heritage industry. Member of the ICOM International Committee for Collecting (COMCOL).