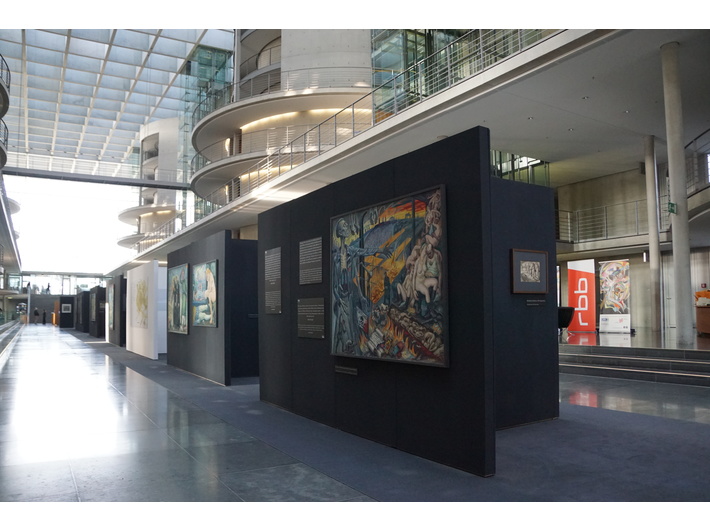 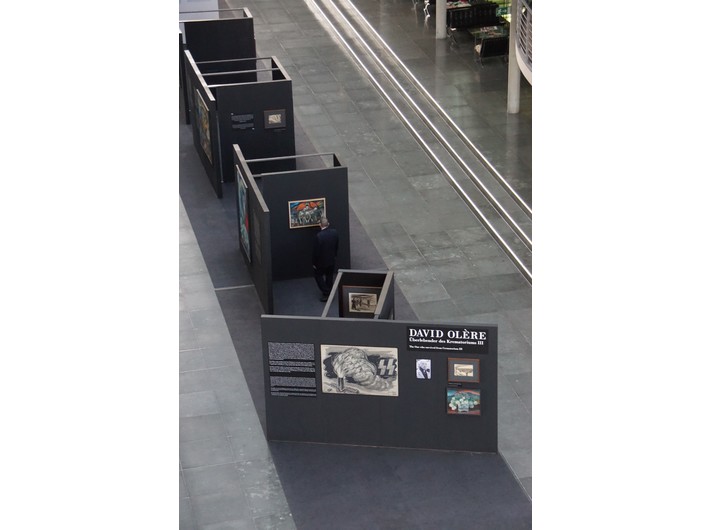 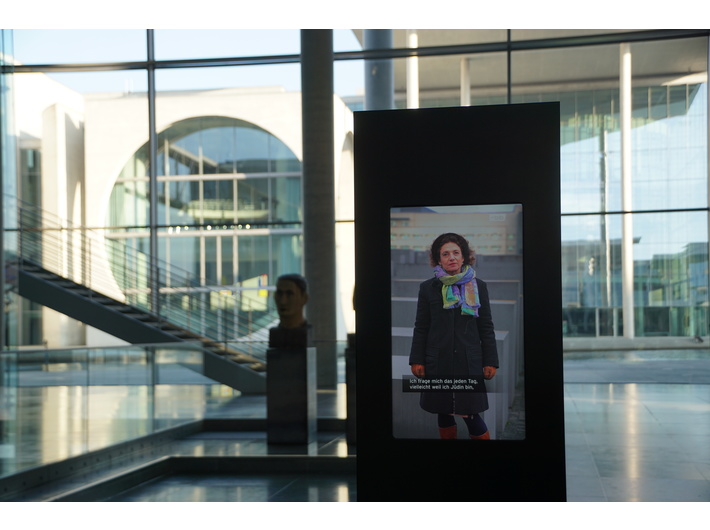 The exhibition David Olère. Überlebender des Krematorium III (David Olère: Survivor of Crematorium III), organised by the Center for the Persecuted Arts in Solingen and the National Museum Auschwitz-Birkenau inn Auschwitz was organised in collaboration with MOCAK, Yad Vashem, Rundfunk Berlin-Brandenburg and the University in Osnabrück. On Friday 24 January in Paul-Löbe-Haus in Bundestag a press conference took place and the preview opening of the exhibition that will have its official opening on 29 January and run until 21 February (www.bundestag.de). As part of its participation in the project, MOCAK has announced the publication this year, together with Wallstein Verlag and the Centre for the Perpetrated Arts in Solingen, of a book entitled Polyphony on the Holocaust in German. This anthology in Polish was published by MOCAK in 2019.

David Olère (born 1902 in Warsaw, died 1985 in Paris) was one of the few surviving prisoners forced to labour at the Auschwitz-Birkenau Concentration Camp in the Sonderkommando (a group assigned the task of burning the bodies of those murdered in the gas chambers, recruited mainly from prisoners of Jewish origin). He was the only one to record his traumatic experiences after the war in paintings (1960–1980) and drawings (1945-1946). The exhibition presents about 100 works from the collections of the Auschwitz-Birkenau State Museum, Yad Vashem, and on loan from the artist’s family. David Olèry’s works are an attempt to metaphorically depict the individual stages of the process of mass murder of people in concentration camps.

The exhibition is accompanied by a multimedia project co-created by Rundfunk Berlin-Brandenburg and MOCAK, which is fully available on the auschwitzundich.ard.de website. It comprises short statements by the last surviving witnesses (Lidia Maksymowicz, Yehuda Bacon), experts in the subject of the Holocaust (including representatives of the Auschwitz-Birkenau State Museum, Yad Vashem, the International Youth Meeting Centre in Oświęcim, MOCAK, Boris Lurie Art Foundation), artists (including writers and visual artists), and representatives of the second and third generation of survivors. The films were recorded in Poland, Israel, Germany, France and the USA.

The exhibition on the 75th anniversary of the liberation of Auschwitz