MOCAK and “Autoportret” magazine would like to invite you to a meeting with Maciej Miłobędzki, which coincides with the publication of the latest issue entitled Constraint. 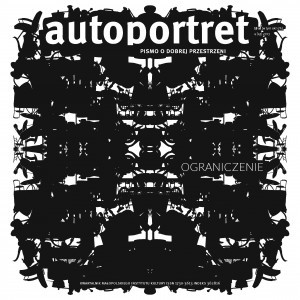 for the modern architectural discourse. An active initator of heated students' discussions, van der Laan became a monk in 1927. The contemplative nature of Benedictine life, persistent work, the ideal of “a good worker” were undoubtedly of great importance for his search for the refined, “deprived of all necessity” essence of architecture. Van der Laan, who always went his own way and explored the realms absent from his contemporary architectural discourse, left behind several fascinating designs and buildings, including abbeys in Vaals (1956-1967), Roosenberg (1975), Mariavall (1995), a dwelling house in Best (1982) as well as numerous influential texts, treatises on the relationship between nature, culture and liturgy –  Architectonic Space (1977) and Play of Forms (1985), designs of furniture, liturgical vessels and vestments as well as fonts. He was the inventor of a system of proportions known as the Plastic Number (1928) and the main figure, founder and professor of the so-called Bossche School. His buildings, discoveries and theories have inspired architects of many generations  and creative profiles as diverse as Gerrit Rietveld, John Pawson, Wiel Arets or David Chipperfield.

The meeting will be animated by Dorota Leśniak-Rychlak, editor-in-chief of “Autoportret”.