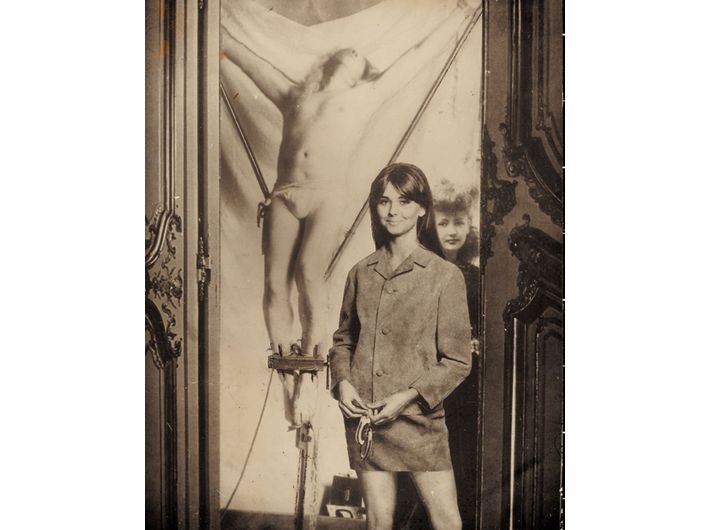 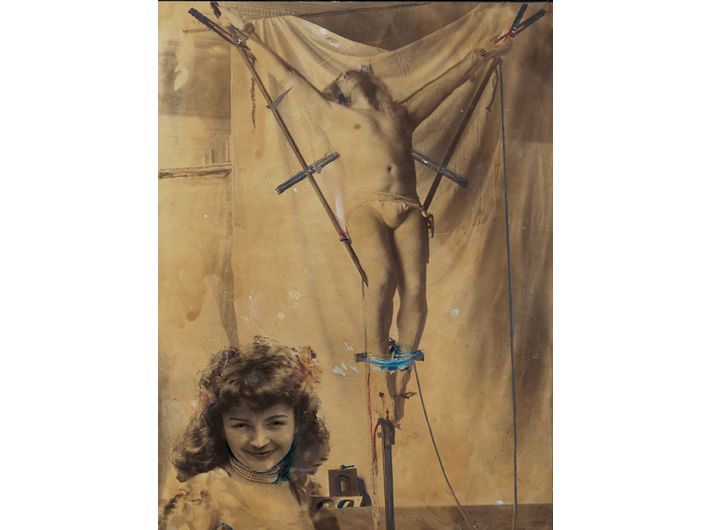 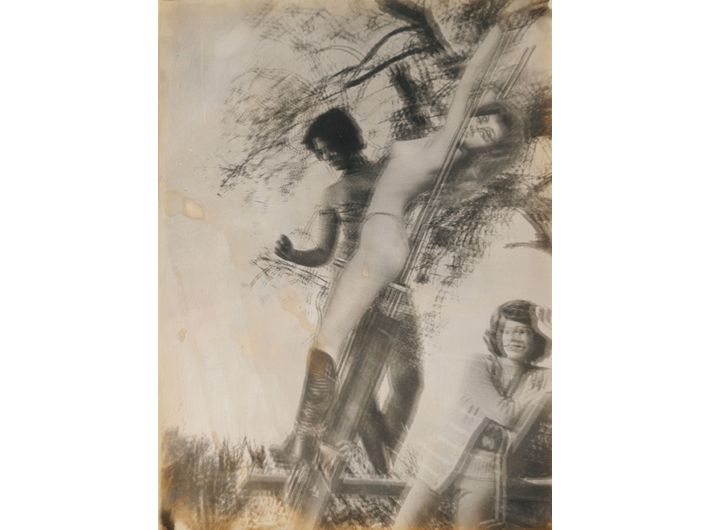 Ghislain Dussart photographed Brigitte Bardot from the very beginning of her career. They first met in 1953, when the photographer was visiting the actress’s sister. Their long acquaintance came to fruition in some of the most famous photographs of Bardot, the icon of femininity. The photographs were published at the time in Paris Match, and subsequently in an album, with a foreword written by Françoise Sagan.

Thanks to the exhibition at MOCAK, we now have the opportunity to discover another, less classical, image of the star, an image processed by the fantasies of her collaborator. The project reveals the dissonance between the artist’s personal attitude to the actress and their work together to create the public image of Brigitte Bardot.

Dussart’s collages, created from shots taken in the 1960s on the Riviera, show Bardot and the artist’s other muses (including Anna Karina, his then-partner) in situations derived from Dussart’s wildest fantasies – the women are in bondage, crucified and being whipped. However, at no time do the women in these photographs appear unhappy or abused; rather, whilst appearing in these unrealistic vignettes, they are conscious of their power. The project has a playful ambiance rather than a repressive aura. These daring projects did not see the light of day for a long time, and were shown for the first time only posthumously.

Ghislain Dussart (1924 – 1996) - aka Jicky Dussart, a French painter and photographer; for many years, Brigitte Bardot was his muse. Worked for Paris Match, the author of photographs for an album on Brigitte Bardot, with the text by Françoise Sagan (1975). 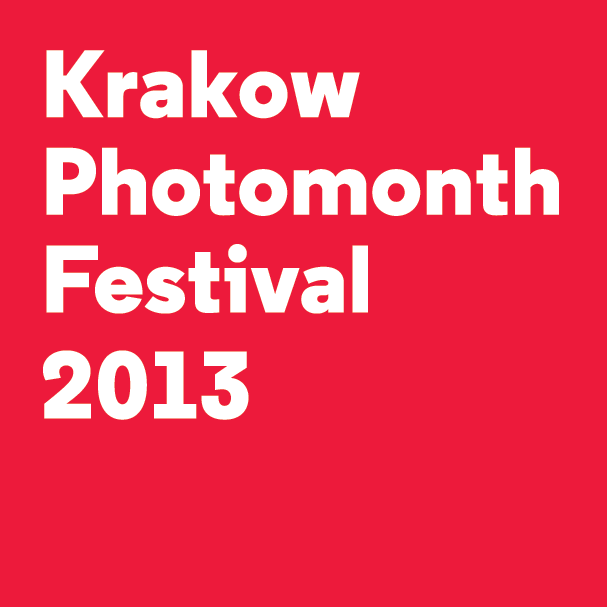