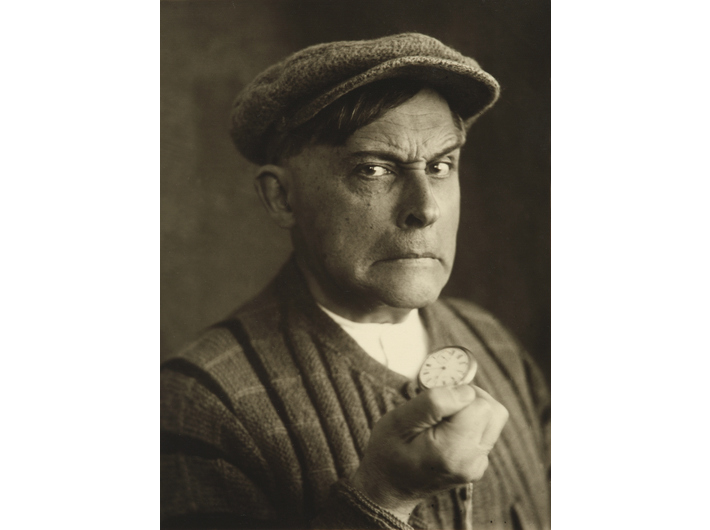 Stanisław Ignacy Witkiewicz (1885–1939) started on his creative path as a painter. Painting, however, was to disappoint him. He came to see it as a craft, and so he set up the Portrait Painting Company, and painted some 4 500 portraits, the majority of which perished by fire in Warsaw during the war. The idea behind Witkacy’s company and its rules were a forerunner of conceptualism. He next experimented with image through photography, a medium in which he could see fully his wild, unbridled personality. His series of posed self-portraits certainly herald performance. Yet painting and photography are no match for the intellect. Thus, Witkacy employed words – indeed in three demanding fields at the same time: writing philosophical tracts, novels and theatrical pieces, to repeat acclaim. He fell victim to history. Trapped between German and Soviet armies, he committed suicide.

In the exhibition we present reprints of portraits by Witkacy. Today, this is the only availably method of showing these works to the public, as the technique in which they were produced is not compatible with transporting them safely between locations.  The reproductions are approximately the same size as the originals, and they have been produced on paper imitating pastel. Witkacy originally reproduced as contact prints from small negatives. Conservatorial guidelines prohibit displaying the works with lighting powerful enough to permit viewing the details, thus the works have been considerably enlarged.