In December 2001, a profound economic depression in Argentina led to a wave of riots that were brutally stifled and brought down the government, with the resignation of the president and the finance minister. The country embarked on the process of trying to put the economy back on track, not yet fully successful; the mood in society that brought on the riots is still palpable.

The photograph showing the action of the B.A.N.G. activists, carried out in Buenos Aires on the anniversary of the riots, carries the caption: ‘Every idea that triumphs marches to its perdition’. The masked rioters gathered outside the Casa Rosada, the official residence of the President of Argentina, protesting against the negative effects of the normalisation process, such as the excessive police control of political manifestations and criminalisation of the participants that resulted from the new anti-terrorist laws. 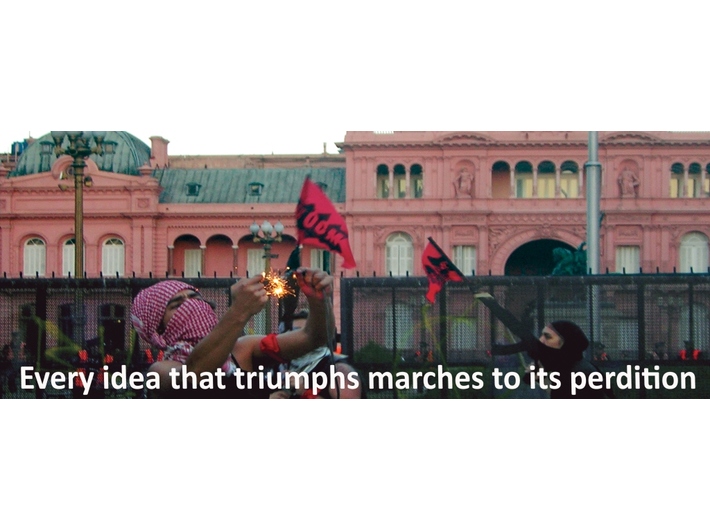