//Utopian Pulse – Flares in the Darkroom//

Utopian Pulse – Flares in the Darkroom

Some works relate to the uprisings, occupations and social movements that have emerged in recent years, in a quest for a better world. Others are poetic references to the feeling that ‘something is missing’. They aim to liberate utopia from its totalitarian connotations and give it a fresh direction. The urge to create utopian visions manifests itself at times when people are searching for alternatives. Although the works are displayed consecutively, they interact, demonstrating different takes on the utopian drive of recent years.

Utopian Pulse – Flares in the Darkroom has been funded by the Austrian Science Fund (FWF) AR 183-G21.

The first will be presented banner

you say we are but dust

but who can stop the dust?

cities may fall and armies break,

but dust will still remain

Since 2004, Mariam Ghani and Chitra Ganesh have been running the experimental archive Index of the Disappeared, which involves collecting proverbs, protest slogans and fragments of poetry from all over the world. ‘You say we are the dust. Who can stop the dust?’ was the slogan that, in 2007, accompanied the protests of Indians who, as a result of industrialisation, had been driven out of their traditional woodland and rural areas.

On her banner, Ghani has paraphrased and amplified the slogan, whilst retaining the poetic tone of the original. She has succeeded in relating her work to the context of its original presentation in 2014 on the façade of the Secession building in Vienna – a symbol of art that cannot be contained within traditional conventions. 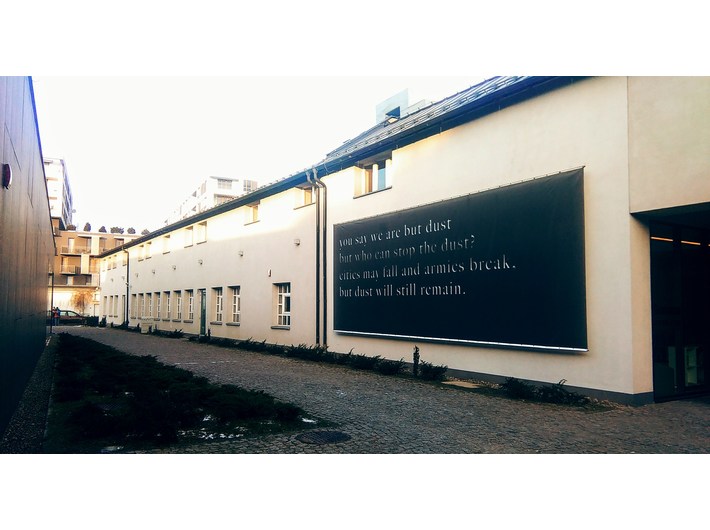 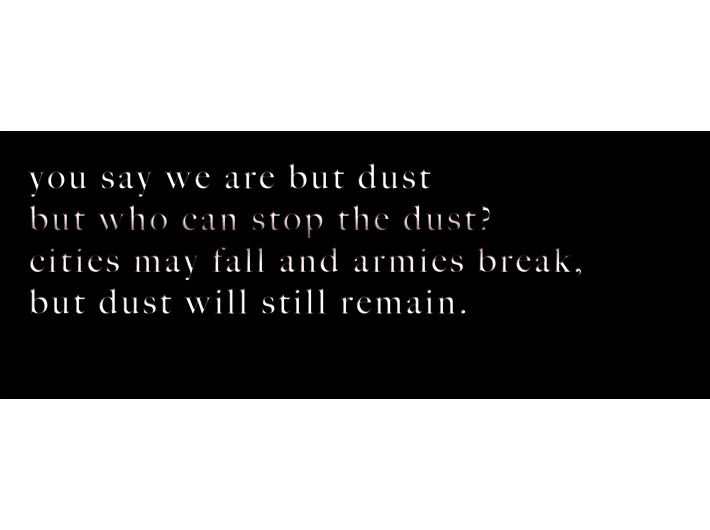