Lukáš Houdek The Art of Killing 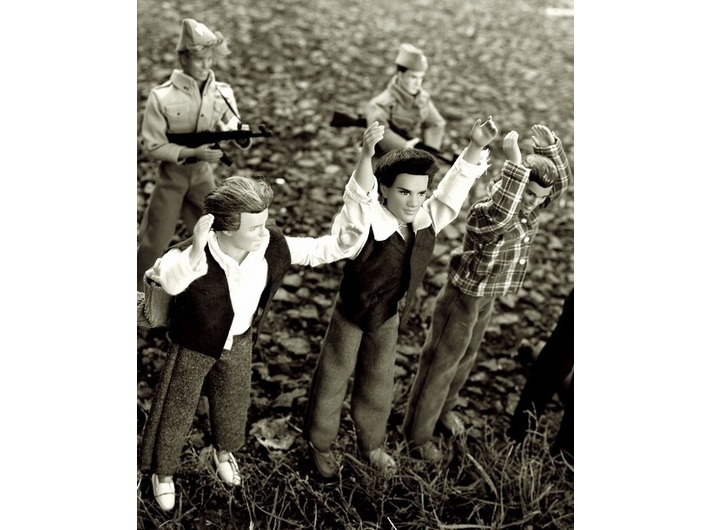 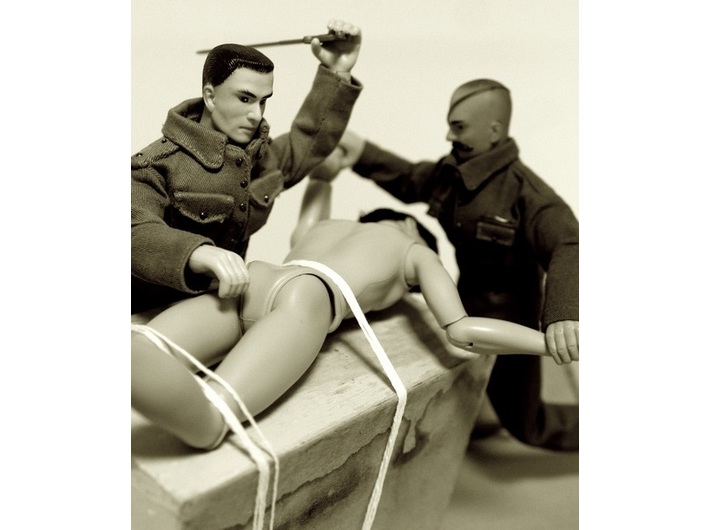 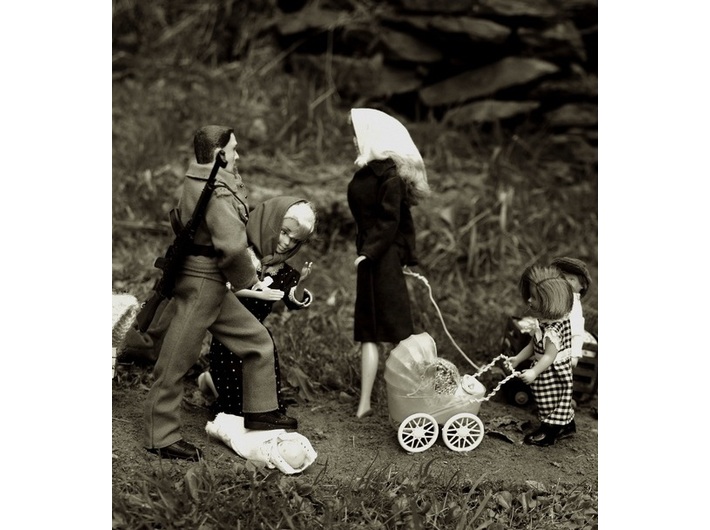 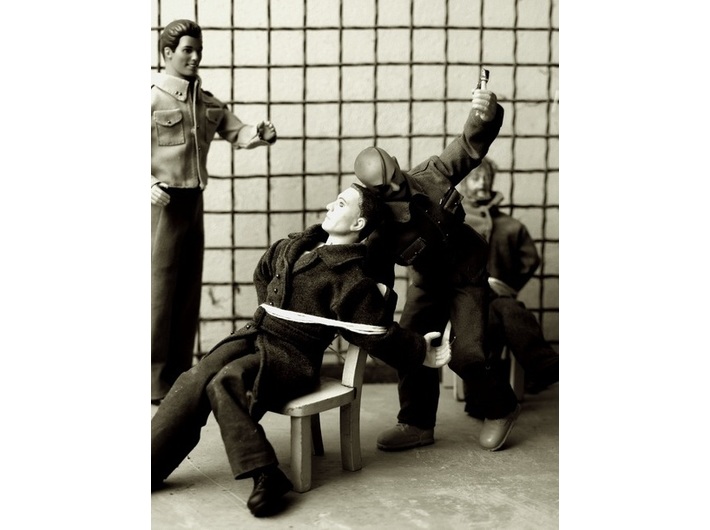 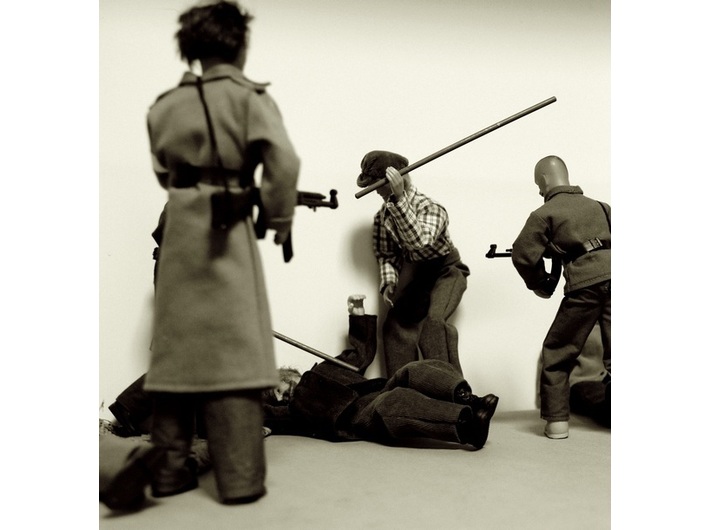 Posters that can be seen on the façade of the former salt warehouse in Podgórze are part of the project by Lukáš Houdek which is testimony to his fascination with events familiar from history books.

In a few dozen contemporary, staged photographs, the artist has evoked events that took place in the frontier zone between Germany and Czechoslovakia in the spring of 1945, when – soon after the war had ended and just before the Potsdam Conference took place – thousands of German civilians living there were brutally murdered by Czech guerrillas. The massacre was initiated by members of revolutionary brigades organised during the Prague uprising, mainly by both partisans and voluntary fighters, which were later transformed into units of the Czechoslovak Armed Forces. Czech civilians also took part in the murders, taking revenge on the German occupants. Including suicides, there were over 30 000 victims. Although these events have long been documented, Czechs are still reluctant to talk about them openly. Lukáš Houdek based his project on meticulously researched historical facts. He was spurred to investigate them also by the history of his own family, who moved into a house vacated by Germans after 1945. The artist compiled testimony of those who survived the massacre and researched archival materials. On their basis, he reconstructed specific individuals and historical events.

The artist used the medium of photography, but in an offbeat way, creating posed scenes using costumed dolls. Zbigniew Libera had used the same strategy, in his project representing a concentration camp built with Lego blocks. In collaboration with Jana Edrova, who made the dolls’ costumes, Houdek re-created the period of the expulsion of the Sudeten Germans down to the smallest detail. The realistically rigid body language of the figures, the props and the setting all intensify the impression of verisimilitude. As his medium, Houdek used dolls, an artefact of mass culture intended as a vehicle to present an idealised image of human beings. Houdek deliberately used the object to provide a counterpoint to the conveyed meaning. In the twenty five photographs, the smiling Barbie and Ken present events that accompanied the expulsion; violence, rape and pillage expressed with children’s toys make a great impression.  To this day, the topic of the expulsion of the Sudeten Germans is emotive for Czechs. It was also taken up by the director David Vondraček in his film Killing the Czech Way and by the writer Jakub Katalpa in the novel Germans. Artists who take this theme on board ultimately aim to achieve the settling of the accounts for their nation. With the help of artistic media, they look for cracks in how Czech society perceives the historical events.

A Czech photographer born in 1984; lives in Prague. Graduate in Roma; Studies at Charles University in Prague.

The central interest in his work is documentary photography. For a long time, he has related the lives of Roma inhabiting various parts of Europe. From 2009 to 2010, he worked on a documentary about the life and customs of the forbears of this ethnic group in India. He collaborates with magazines related to the life and culture of the Roma.

In recent years, the artist’s work has covered a range of themes. Focusing on interpersonal relationships and their impact on our daily lives, Houdek discovered small, often barely perceptible factors that determine our identity. Both in his interesting project F 64.0. online (2012) and in the intensely personal Anniversary (2012) and Dream Life (2012), he took on board the issue of remaining true to oneself whilst hiding one’s true sense of identity under a socially acceptable persona. . Since 2010, the artist has been interested in the post-war conflict between the Czech and the German population, and in particular, in the transformations after the end of the war in the zone near the border. This theme was pursued in the following projects: Abandoned Lives (2009–2012), The Art of Killing (2012), The Art of Settling (2011–2013) and also You Have to Forget about Johann (2013).

Lukáš Houdek’s photographs are part of the collection of the Slovak National Museum, the Museum of Romani Culture in Brno and private collections in the Czech Republic and abroad. 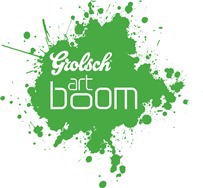