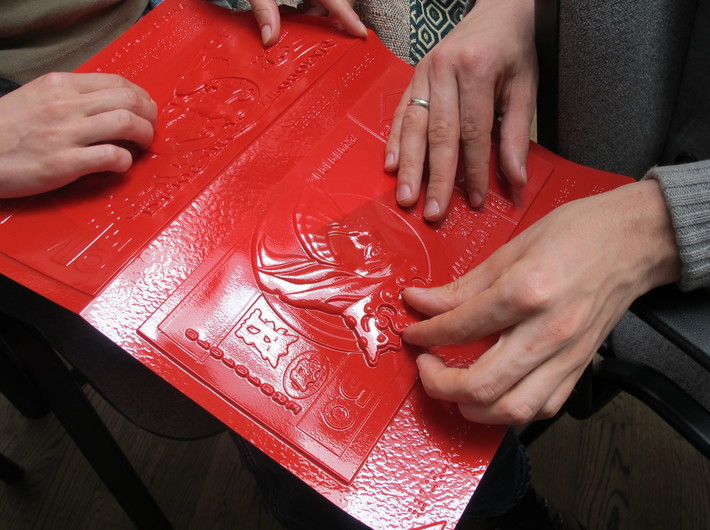 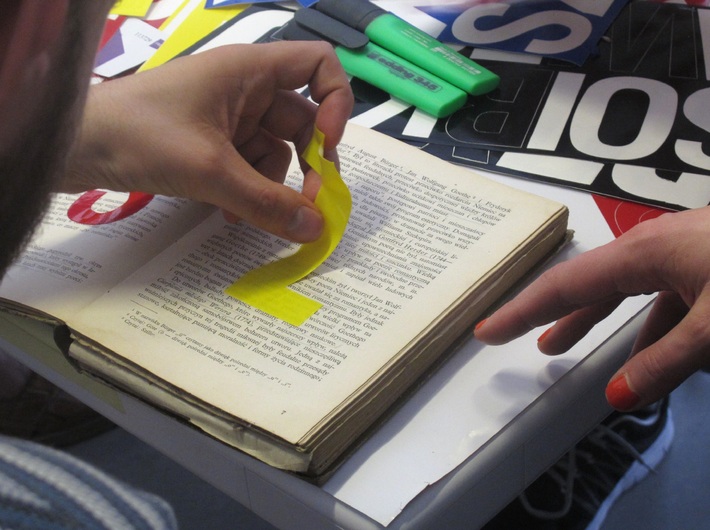 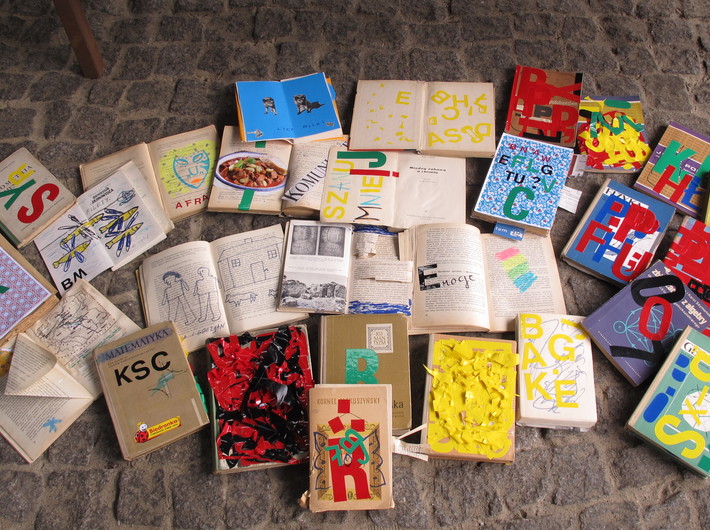 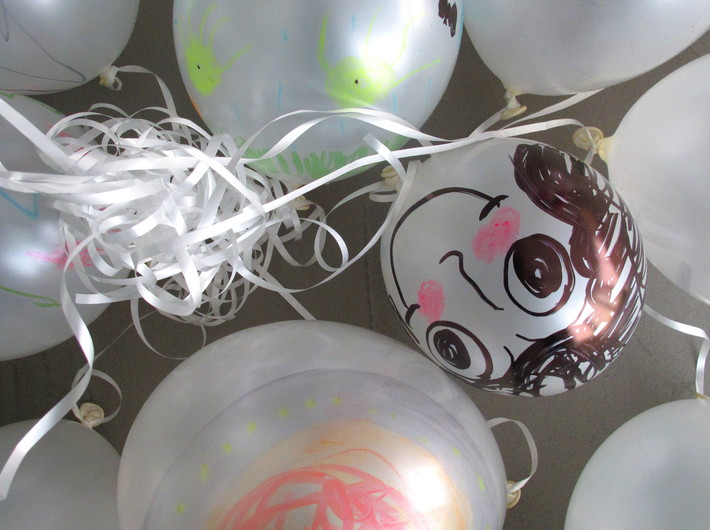 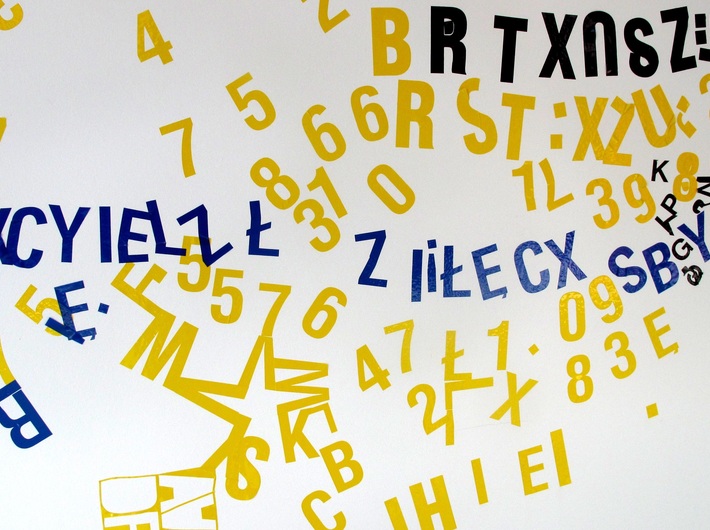 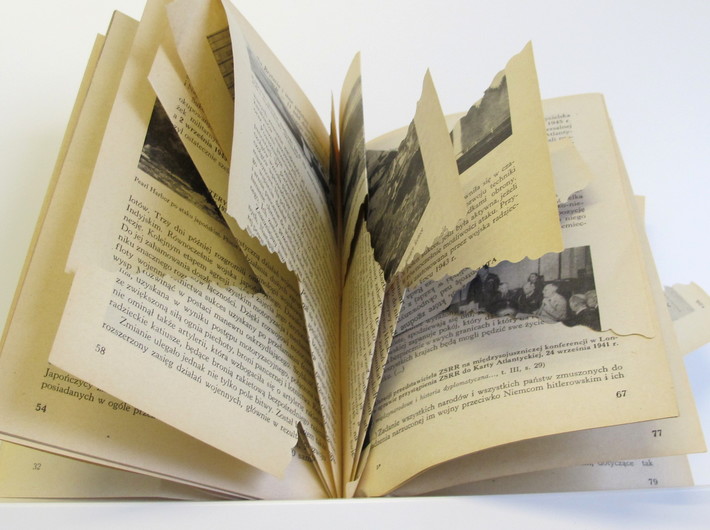 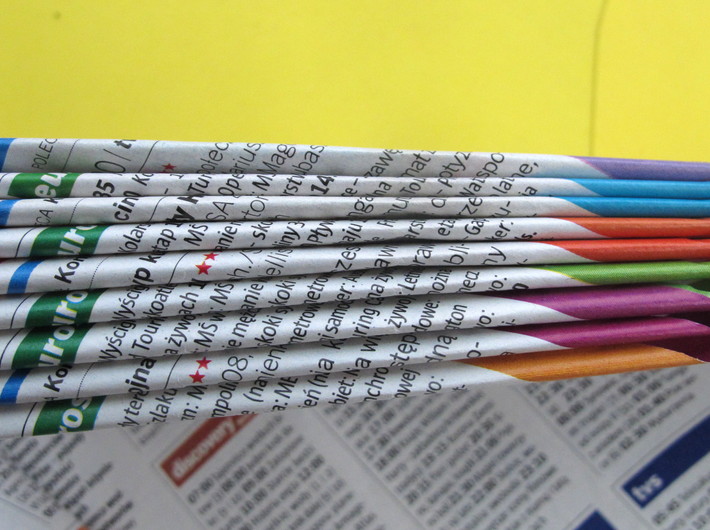 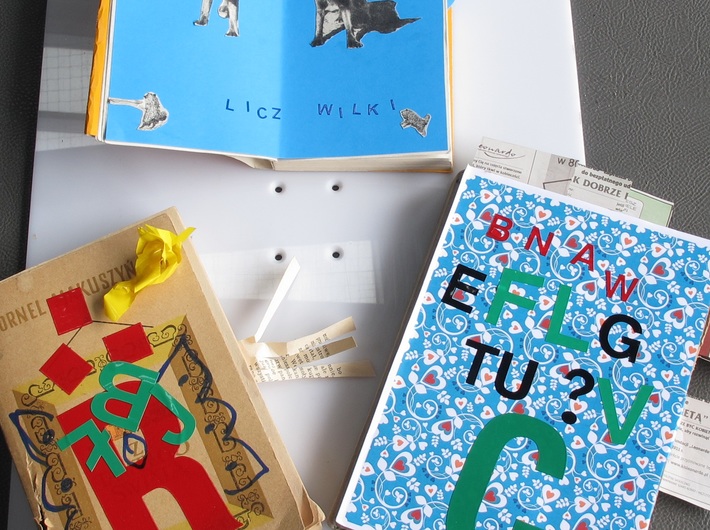 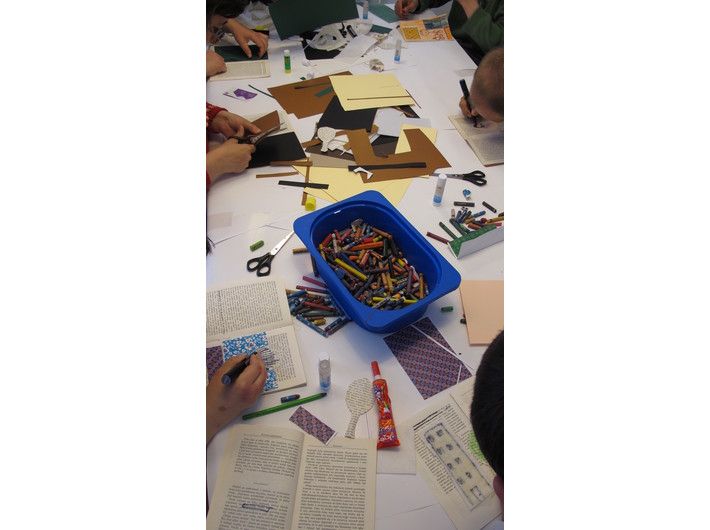 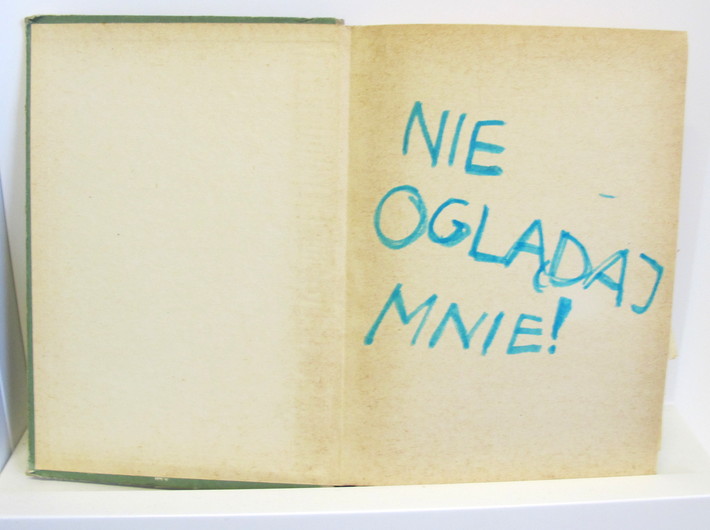 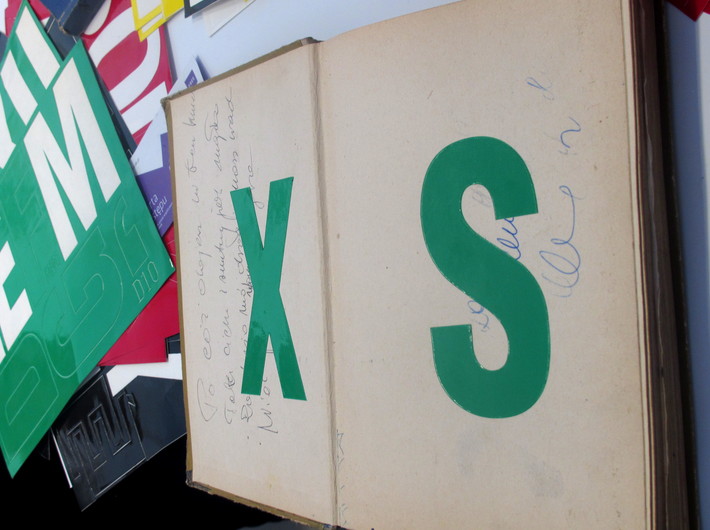 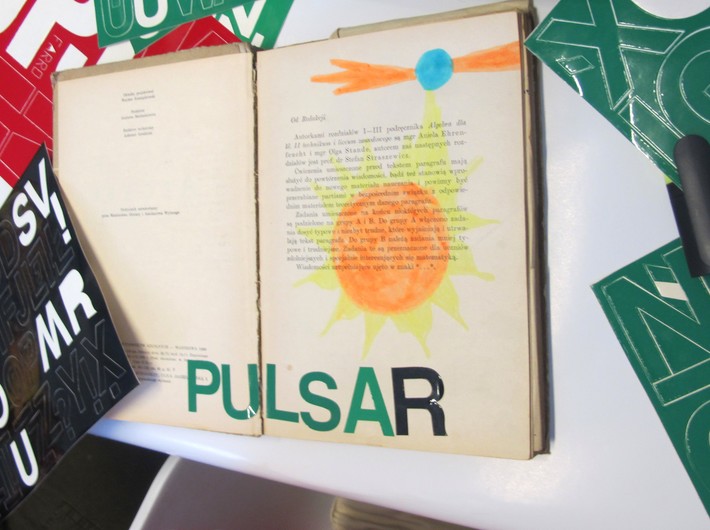 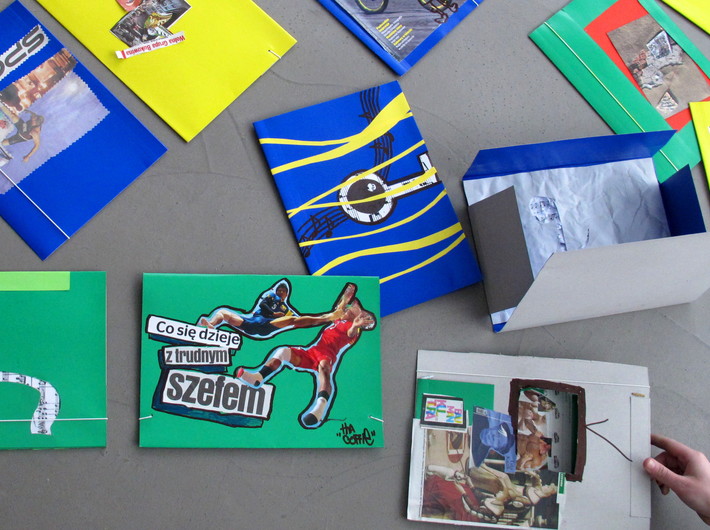 One of the Museum’s most important aims is to make art accessible to the widest possible audiences. Together with institutions and organisations that act on behalf of individuals at risk from various forms of exclusion, we have been creating varied, long-term projects tailored to specific groups. Amongst the recipients of such individualised actions, there are the blind and partially-sighted, those with speech and hearing impediments, patients from psychiatric hospitals, pupils of schools run within hospitals, participants in therapeutic workshops, charges from children’s care homes and social therapy centres, senior citizens undergoing psychiatric treatment and adults suffering from autism. The project Museum without Barriers is integrational and animational in character; it has been inspired by the conviction that diversity and a multiplicity of perspectives are values worth cherishing and deserving of special care. The workshops organised within this project are based on exchange and mutual developmental support.

Each year, the Museum has organised a Disabilities week at MOCAK. As part of the project, the Museum has been inviting organisations and institutions that cater for and act on behalf of the disabled in order to participate in free educational workshops. The details and dates of sessions are agreed individually after assessing the needs and suggestions of a specific group. The project is an invitation to visit the Museum and an expression of the MOCAK team’s openness to a dialogue with a range of social groups with regard to their expectations, potential or interests.

In conjunction with the Psychiatric and Rehabilitation Ward 7B of the Dr Babiński Specialist Hospital in Krakow, MOCAK has organised a series of workshops. The Krakow Hospital is famed for its art therapy; it discovers, supports and promotes talented individuals. During their visits to the Museum, the patients visit exhibitions and create their own works. Thanks to the collaboration of the two institutions, the patients are able to explore contemporary art and develop their art interests. A creative exchange of ideas takes place between the teams. The project is integrational and animative.

MOCAK works together with the No 2 Krakow Division of Special Schools, a centre for chronically ill children and young people, including psychiatric disorders, who are treated in St Ludwik’s Regional Specialist Children’s Hospital and the University Hospital in Krakow. As part of the project, a series of workshops has been run, where the children and youngsters become acquainted with the current exhibitions and take part in creative workshops. The first of those, called An Exceptional Team, has been inspired by the exhibition Sport in Art. The pupils’ visit to MOCAK has transformed itself into an continuing, exceptional project. In the course of the meetings between the young people and their teachers from the Museum’s team, there is an exchange of information and experience between all the participants of these collaborative events.

MOCAK has been working together with the Foundation Common Hope, which runs Farma the Centre for Science and Life – a residential centre, providing work, therapy, rehabilitation and recreation for autistic adults. As part of the continuing project, the charges of the Centre take part in workshops  designed for their needs, during which they familiarise themselves with the Museum and create their own art works. This is a long-term project, with plans  for an exhibition of the works created during the sessions, a visit by the MOCAK team to a farm run by the Foundation and an integrational picnic.

The Museum has been running a long-term project for the blind and partially-sighted. So as to be able to meet adequately the needs of these groups, the Museum team has undergone training run by the Culture without Barriers Foundation. Zofia Kerneder, a contemporary art conservator and art preservation specialist, has been involved in the project.  As part of the project, there are planned workshops for the blind, integrational tasks and workshops devoted to producing tactile graphics. The Museum intends to introduce a permanent provision of guided tours for the blind. The programme and character of the activities on offer will result from talking to the target group, the needs of which we wish to meet as fully as possible. As part of the project, we have been working with the Special Educational Centre for Blind and Partially-sighted Children in Krakow.

The project has been created on the basis of mutual understanding and co-operation between the Education Department and the Library teams at MOCAK, as one of their jointly undertaken initiatives. It aims to reflect on the changing nature of the book.

The participants familiarise themselves with art publications presented at MOCAK, including the work by Zbigniew Makowski, which is to be found in Mieczysław Porębski’s Library, and proceed to create their own books. In their works, they try to express those aspects of reality which, to their mind, are frequently overlooked by others.

The work will stimulate creative research and a change of one’s surroundings. The resultant works have been presented to a wide range of audiences, thus enabling the often disregarded phenomena, which the particular person or group wishes to highlight, to be noticed and reflected upon. The project is open, its concept modified according to the needs of a particular group. It has resulted in numerous art books and will culminate in their exhibition in the Museum space. The enterprise demonstrates the potential of books, understood not only in their traditional function, but also, pragmatically, as objects of daily use. By modifying them, the participants embark on the concept of introducing creative alterations also in other areas, themselves thereby making a transition from a passive to an active role.