On Saturday 23 April at 6 pm together with the Philosophy Film Festival, Bunkier Sztuki Gallery of Contemporary Art and the Centre for the Cultural Memory Studies (Faculty of Polish at the Jagiellonian University) we would like to invite you to a world premiere of the Mieke Bal latest film Reasonable Doubt. After the screening there will be a chance to meet the author and artists and a discussion led by Roma Sendyka (Jagiellonian Unversity) and Magdalena Mazik (MOCAK).

The film will have Polish subtitles. The discussion will be conducted in English.

Reasonable Doubt is the latest project by Mieke Bal, the final instalment in the trilogy of feature film installations, following the Long History of Madness with its analysis of madness and psychological discourse on study of affections in Madame B, based on Flaubert. The present work attempts to combine both previous strands – reflections on affections and psychoanalysis – in the context of European culture, generally considered to be founded on a solid rationalist basis. In the project, Bal asks significant questions: did the project of Carthesian rationalism really reduce emotionality? Did we not overlook its affective aspect? Was it not much closer to the analysis of the ‘passions of the soul’ than it seems to us today? René Descartes is presented in a provocative way, as an emotional man, a thinker closer to Spinoza than to his own caricatured image popular in the 20th century. Here, Cartesius is not only the author of the Discourse on the Method but also Passions of the Soul. His biography – treated here with a grotesque detachment – is confronted in parallel development with the life story of Christina, Queen of Sweden, to which the royal court Cartesius is invited. This double presentation of passionate personalities – since their point of connection is love – provides the film with an excuse to consider the dominant themes of European philosophical tradition. The project Reasonable Doubt is based on authentic texts from the letters and writings of Cartesius and Christina. The work will be on display in two modes: as a feature film and as a five-channel video installation. The film was shot in locations including the National Museum at the Nieborów Palace and in the park at Arcadia, with participation of Polish artists (prof. Wiesław Juszczak and the video artist Agnieszka Kalinowska). The screening at MOCAK will be the world premiere of the film.

Mieke Bal’s visit in Krakow is taking place as part of the the Philosophy Film Festival – the first such event in Poland, Europe and the world. Its primary goal is the promotion of interdisciplinary approach to cinematic art. The festical brings closer together untypical phenomena in the fields of culture as well as original and controversial artists presenting a daring and innovative manner of thinking about the world. Above all, the event provides a perfect forum for discussion, reflections on universal values and the contemporary vision for mankind. 2016 brings the 10th occasion of the EKSIT Association and the Old City Centre of Youth Culture hosting an interdisciplinary enterprise combining philosophy and film. This year’s tenth anniversary edition is devoted to the theme of love [the descriptions comes from the Festival’s organisers]. More information: www.festiwalfilmufilozoficznego

Mieke Bal – is a Dutch cultural theorist, critic and artist. Professor of the Royal Netherlands Academy of Arts and Sciences and co-founder of the Amsterdam School for Cultural Analysis at the University of Amsterdam. Comparatist, philologist, one of the most prominent figures amongst the researchers of visual and – in wider terms – cultural studies. Her theories helped formulate the phenomena today described as a visual and affective watershed. Since 2004, her theoretical practices have been supported by ‘thinking through the film’. The gesture of transposing of discourse that traditionally has been limited inside the walls of the academia to the more democratic medium of the cinema has brought numerous films and video installation projections, including Madame B (2014) and Long History of Madness (2011). Her cinematic oeuvre also includes the works and videos such as Nothing Is Missing (2010); Mère Folle (2010); Separations (2009); State of Suspension (2008); Becoming Vera (2008) and Glub (Hearts) (2004).

Roma Sendyka – literature and culture theorist and researcher (including new historicism), visual culture studies, genology (in particular the borderline phenomena including aesthetics) and transdisciplinary phenomena (relationship text – image). The author of the book Nowoczesny esej. Studium historycznej świadomości gatunku (2006). Assistant professor at the Centre for Anthropology of Literature and Cultural Studies at the Faculty of Polish, Jagiellonian University.

Thomas Germaine – actor; studied in Rouen, Paris and Barcelona. In 2012 he played Henry VI in the 18-hour long performance directed by Thomas Jolly at the Avignon festival, which was later also staged at the Odeon in Paris. The production received numerous awards, including the prize of Beaumarchais Foundation in 2014 and Molière award. He appeared in three of Mieke Bal’s films: Mère Folle, Madame B. and Reasonable Doubt.

Marja Skaffari – Finnish actress and perfomer, working in the theatre and film. Studied at the Arts Academy in Turku. She has worked with the independent theatres in Turku, Helsinki and Tampere. Monodrama is an important part of her repertoire. She appeared in three of Mieke Bal’s films: Mère Folle, Madame B. and Reasonable Doubt. 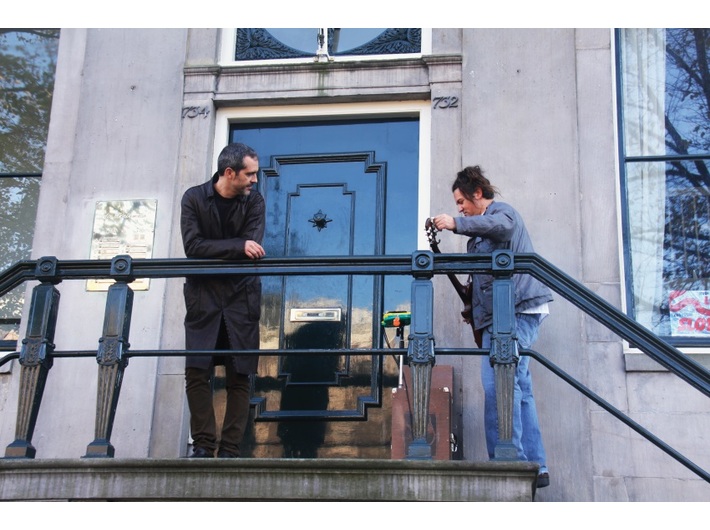