Lynn Hershman Leeson. Me as Roberta

The exhibition of Lynn Hershman Leeson, an icon of American feminist art, is accompanied by a catalogue. The exhibition presents her photographs from the series Breitmore. They are a documentation of the project which involved the artist taking on the persona of a thirty-something woman, Roberta Breitmore. Not only did Leeson alter her appearance, but also her personality, turning herself into a character who was treated by those around her as a real person.

Roberta carried an inner contradiction – of being, on the one hand, a real person, but on the other hand, a fictitious, made-up character. When meeting people, she became a part of their real world and they took part in her fiction, created for her own purposes. (…) The individual phases of the performance and activities of Roberta were recorded by hired detectives who trailed her taking photographs. They recorded not only the process itself of becoming Roberta, but also the various aspects and interactions of the character with the external world. Some of the photographs were processed by the artist, who drew or painted on them or made them into a collage, often annotating them with her commentaries.

Lynn Hershman Leeson. Me as Roberta 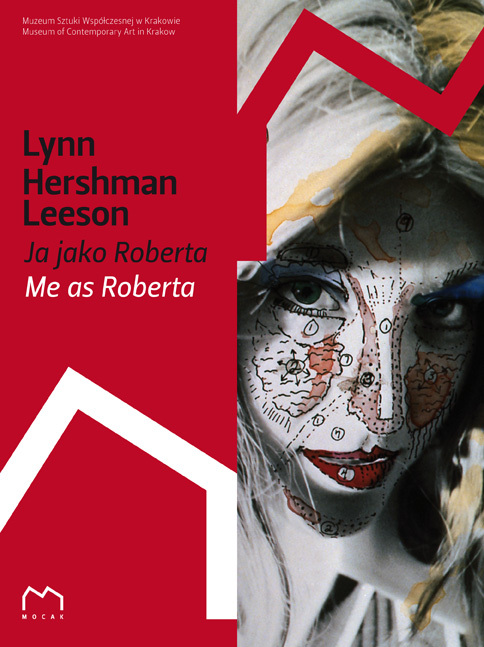 The catalogue has been published to accompany the exhibition:
Lynn Hershman Leeson. Me as Roberta
MOCAK Museum of Contemporary Art in Krakow
Beta Alfa
17 February 2012–29 April 2012
curator: Delfina Piekarska