Towards the end of the 1990s, Dominick LaCapra noted an unusually abundant
flourishing of studies on memory. * One can trace 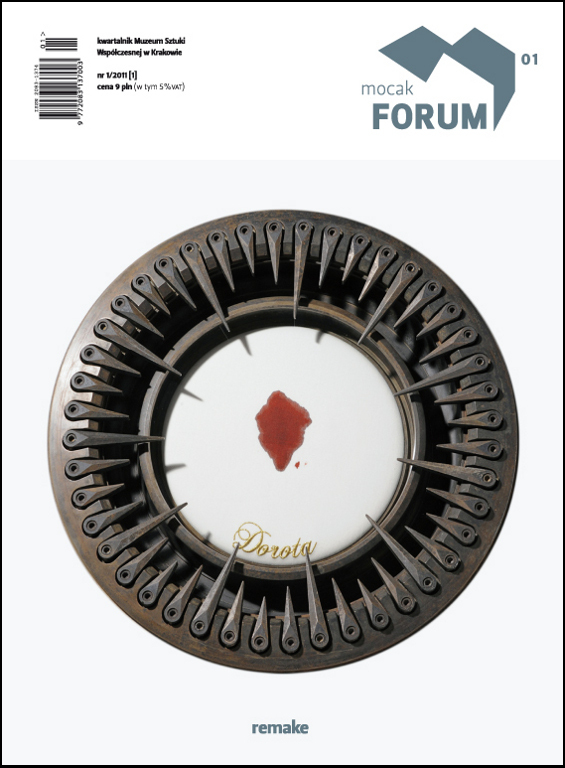 the tendency observed by the American intellectual in the area of academic research also in other fields. We are witnessing a U-turn to the past: from fashion and design, which rely on forms evolved decades earlier, through various ‘retro’ themes in mass culture, and a renewed appreciation of traditional techniques of food production to a return of conservative sentiments in politics.

This intensification of the interest in history obliges us to remember that history is a narrative and, as such, cannot exist in a vacuum. There has to be the story teller. This is why it is crucial to ask two types of questions. First of all: Who it is that is presenting the history and on whose behalf? Secondly: How should history be told?

Postmodernism left in its wake a frayed and fragmented past. It weakened the monuments to memory; turned some into ruins and covered them in debris garnered from the rubbish tips of history. This postmodern storm, or the ‘wind of world history’, in the words of Walter Benjamin – conflagrated the stories, moved their registers, re-defined genres and classifications. From that moment onwards, the visual arts have proved to be one of the dialects of the language of the evocation of the past.

For these reasons, in the first issue we would like to offer texts which concern the presence of history both in the visual arts and music or the dramatisations of historical events organised by local administrative authorities. We check on how history is being written today. And, taking into account our chosen angle, we are aware that our narrative cannot claim to be complete. 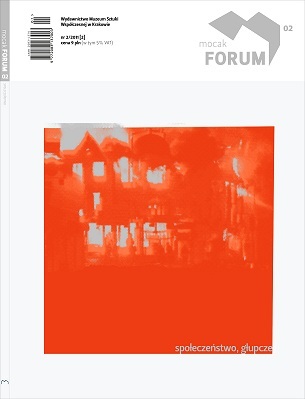 ‘It’s the economy, stupid!’ – the slogan echoed by a number of politicians and economists in the 1990s and taken up by the so-called commonsensical, neo-liberal society became the main slogan of the Western world in the past two decades, in pursuit of which, the state took up the role of an active participant in the market. This stance of governments and elites, in the final analysis intent on pursuing nothing but profit, and quite indifferent to the social cost in all dimensions, was additionally boosted by Mrs Thatcher’s 1980 pronouncement, ‘There is no alternative’. In terms of the prevailing Weltanschauung, such a stance completed the dominant elitist philosophy – of enlightened cynicism. Today, when the Indignados’ movement keeps going from strength to strength, it has become clear that society needs new scripts for the future. Art may turn out to be extraordinarily useful in that process. And so we devote the second issue of MOCAK Forum to the relationships between art and society.

Stanisław Ruksza
The Editor of the issue 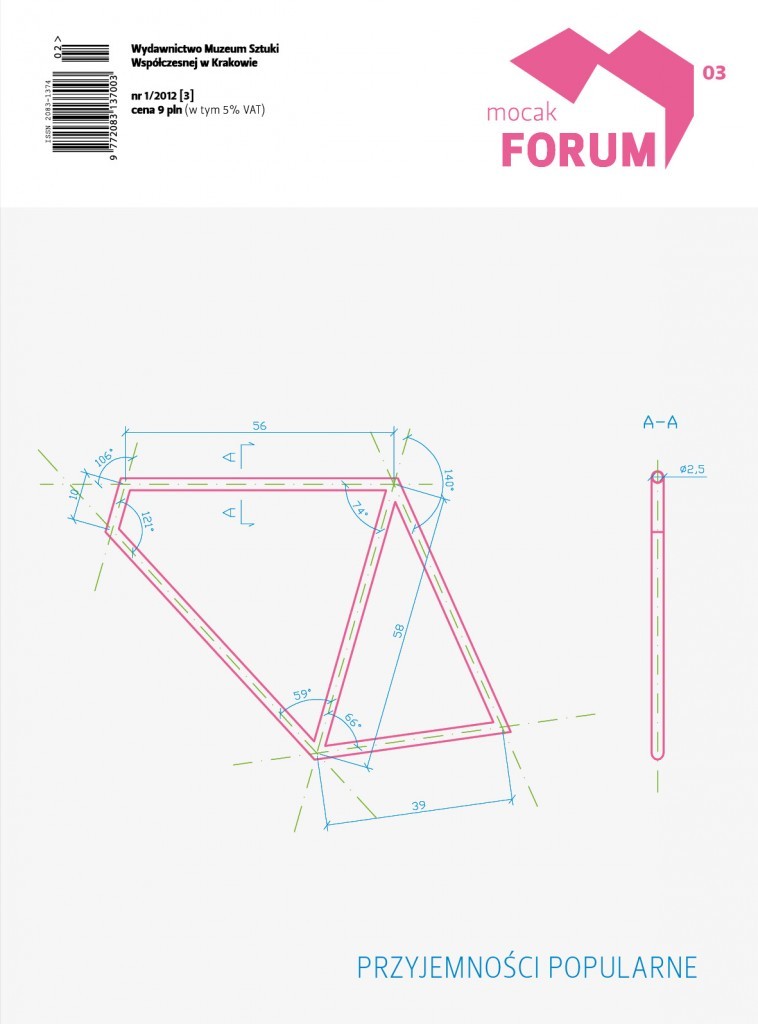 There is a number of narratives about popular culture. The first postulates the term ‘mass culture’, employs unusually critical language, inherited from the Frankfurt school and discredits almost every single artefact and text. In this approach, pop culture, in contrast to art, is a form of manipulation and slander; an anti-democratic force, which enslaves the minds of Western societies and colonises ever new areas of the global village. Do you favour The Bold and the Beautiful over the new theatrical plays by Sarah Kane? You’ve had it! You have become a victim of mass pulp.

The next narrative is somewhat more measured: popular culture has both its negatives and positives. Overall, it’s hard to tell what’s worse: a ferocious attack on the culture industry or a soft-underbellied ambivalence. There is yet another, a more up-to-date version of the story: it is true that a while ago, pop culture was not out of the top drawer, but now we can witness the emergence of new positive value in mass culture. To back up this thesis examples of TV series are usually used, related to so-called quality TV; is there anyone left who has not watched at least one episode of Desperate Housewives, Lost or Ally McBeal? However, all three approaches get it wrong. Why? This is the main theme of the present issue of MOCAK Forum.

Samuel Nowak
Editor of the issue