A Walk in Zabłocie

A Walk in Zabłocie 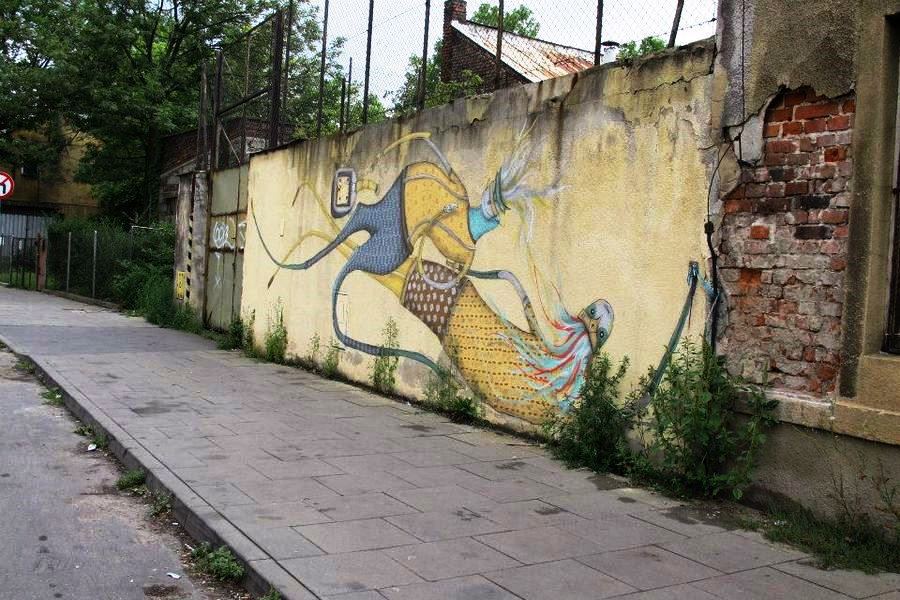 Zabłocie has now become one of the most interesting urban districts in Poland. Located a short walk away from Krakow’s city centre and historically marked as the district that houses the ghetto and Schindler’s factory, after the war Zabłocie was further industrialised. In the recent years, the district has become an area of vigorous creative and business initiatives and the site of residential development as well as cultural projects; apart from the arrival of MOCAK the Museum of Contemporary Art in Krakow, there are the new social hubs Klub Fabryka and café Bal and the creative hub at 9 Ślusarska Street.

A mosaic of building sites, cultural institutions, art colleges, offices, warehouses, factories, craft workshops and residential buildings, Zabłocie is a project-in-progress, a question mark hanging over its future, a space with potential to fulfil. Let’s meet to learn more about it.

The purpose of the walk is to let the participants discover the off-the-beaten-track parts of Zabłocie, not normally frequented by tourists so as to discover the potential of the district from the vantage point of a local resident and a great fan of Zabłocie. Let’s savour the charm of a cross-country walk in Zabłocie, its paths set out not by an administrative decree but by necessity.

We’ll be setting out on Sunday 1 September from Lipowa no. 4, in front of the MOCAK main entrance. Our guide will be Michał Pałasz. The walk will take approx. 1.5 hr and cover some 5 km.

Michał Pałasz is a post-graduate student at the JU Cultural Institute and a cultural marketing specialist in the social media. He works with the Łaźnia Nowa Theatre. He is a co-founder of the multidisciplinary artist-and-curator project the Museum of Eroticism and the brain behind the idea of creating the Mayamural in Podgórze. He has lived in Zabłocie for three years.