A Meeting to Discuss Filip Springer's Book, //Catalyst. On Zofia and Oskar Hansen//

A Meeting to Discuss Filip Springer's Book, Catalyst. On Zofia and Oskar Hansen 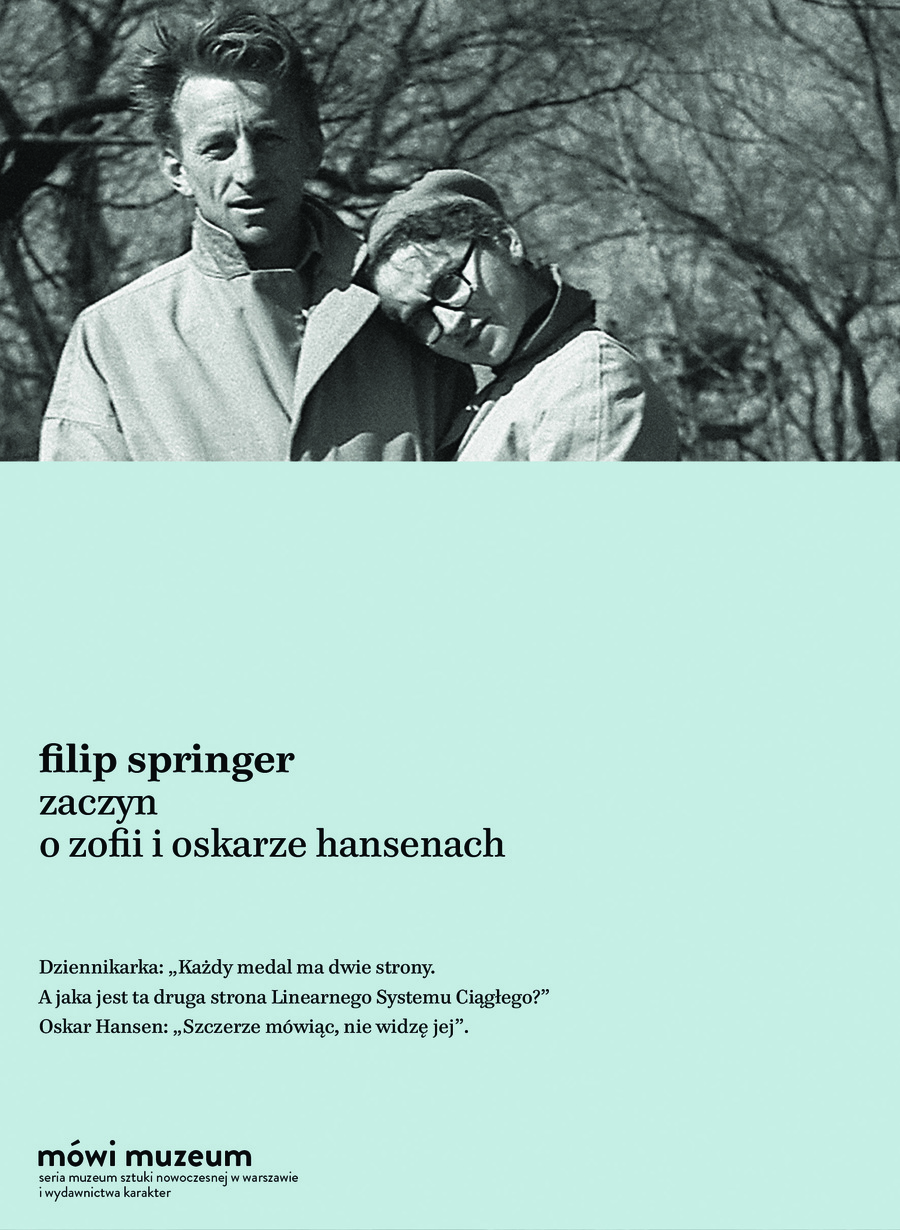 All are invited to MOCAK for the promotion of a book of biographical reportage depicting the fates of a pair of Polish architectural visionaries: Zofia and Oskar Hansen. Filip Springer tells of their unusual personalities, their bold architecture, and the gray reality that irreversibly modified their most courageous designs.

Oskar Hansen, the son of a Norwegian and a Russian, went on scholarship to Paris during his architecture studies, ending up in the studio of none other than Pierre Jeanneret. In spite of having the opportunity to stay in the West, he returned to Poland, where he worked with his wife Zofia as an architect, and created the concept of Open Form. The Hansens' designs were bold, unusual, and adapted to the needs of ordinary people. Unfortunately, against the architects' will, their ideas were modified in the gray reality of the People's Republic, an example of which is the infamous Przyczółek Grochowski housing estate in Warsaw.

Why did the Hansens' ideas fail to work out? What stood in the way of their total execution? These questions and others will be addressed by Małgorzata Szczurek and Filip Springer. The meeting will be hosted by Katarzyna Wąs.

Filip Springer (b. 1982) is a reporter and a photographer. He regularly works with the Polish national and local media. He has published his work in Polityka, Rzeczpospolita, Przekrój, Newsweek, and Wysokie Obcasy. His books include Miedzianka: The Story of a Disappearance (Czarne 2011) and Born Wrong: Reportage on the Architecture of the People's Republic (Karakter 2012), both of which were a critical and popular success.